On the foot of the Passo del Tonale, the Movistar Team are enjoying their third, final rest day in the Giro d’Italia. Barring any last-minute modification due to bad weather conditions, stage 16 will take place as planned, over a hellist, 139km course including the Passo Gavia (Cat-1), the Passo dello Stelvio (Cima Coppi) and Val Martello (Cat-1). Nairo Quintana will take the start tomorrow as 5th overall, 2’40” behind Rigoberto Urán (OPQ) and 50″ away from an overall podium he’s willing to fight for in the last four mountain stages in this year’s Corsa Rosa. These are the full quotes from the Colombian rider today:

“The best for me would be riding all the climbs tomorrow. Should it be on my favour or not, the gaps won’t be the same at the finish if you only climb Val Martello. But it’s obvious I can’t do anything for the stage to be covered as planned or not. If the roads are in bad condition, the first thing for us is safety. With all three climbs things become different: riders will be more tired at the end, whereas all of them will feel like they have a chance with only one climb, even more with the rest day in between. Cold weather? I don’t prefer it to heat, but it doesn’t do really bad for me either.

“I have made up time in these last few days, and I feel physically better – our idea for tomorrow is gaining as much time as possible. If Urán loses just twenty seconds every day, it’s obvious we don’t have space enough for him to lost all the advantage, but you can see that everyone is having a worse day every stage: you saw Evans losing time, also Pozzovivo… he might fade someday, even myself. I’m getting past that flu, also the infection in my throat… that also takes energy out of you. The pain, too. I really hope that the rest day helps me to overcome it. At least, I’m feeling my legs better with every single day passing by, and I hope to fight for the podium, at least. Despite all problems I had, I’m still here. I’m sure I would have lost much time less than I did to Rigo if I had had good health – yet he still did a spectacular TT. It’s beautiful, this rivalry between Colombians. Both of us have our own fans and ride differently. If I don’t win, I prefer him to do it, and for Colombia, the important thing is having a countryman winning, I think.

“Urán has the advantage, and even he’s losing a bit of time every day at the moment, it’s not a big gap at the finish. I still consider Pozzovivo as a big favourite – he’s strong, and so is his team. He had a bad day yesterday and we don’t know how he will react to that, but I’m still counting him in. Evans lost more time and seems like he’s losing his strength. Every since the first Giro press conference I said there would be some surprises and that has been Aru so far – though he might not be for his team. Seeing how he rode yesterday, I’m sure he will be more controlled by the rest, but he will be up there for the podium, as well as Majka. Riders on form, like Rolland, can also change the race strategies with their attacks, and become a good ally for some favourites. From what’s left, the mountain time trial is the stage I think we will see the biggest gaps. On normal conditions, it favours me more than Urán because I’m a better climber, but we have yet to see how I get over my health troubles. I don’t know how I will feel in the next few days. I should be doing really well there, but he’s at 100% at the moment while I’m not.

“I can’t compare my physical level to the one I had in the Tour last year. I had got to the Giro in very good form, willing to do well, in perfect weight, with good training… but a problem came by after another, with the crash, the flu… They played a massive effect on my condition. With all problems I had, it was a situation more to go home and recover than staying here. I had high fever in many stages… Despite everything, I never thought of withdrawing. I always fought to recover and fight for what we came for, especially because I have a strong team behind, which helps me out to carry on.” 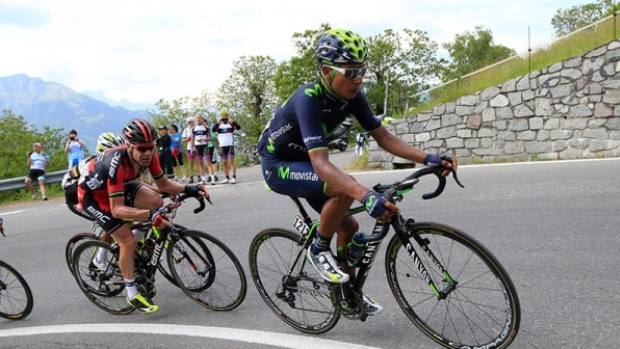