After his bad crash yesterday in one of the downhill sections, the BORA – hansgrohe leader suffers from heavy contusions and lost a lot of skin. Together with his BORA – hansgrohe Team, Majka decided to leave the Tour de France. After some rest to recover, he will refocus and prepare for the rest of the season.

“I have pain everywhere today, but I was lucky to have no fractures at all. I cannot explain exactly what happened when I crashed. I didn’t break or anything, but my front wheel slipped away. Also Risto, our mechanic, almost fell when he arrived with the spare bike. There must have been some oil or something similar on the road. However, after the crash I suffered a lot. I want to thank my whole BORA – hansgrohe team, everybody waited for me first, but we told Emanuel to go and save our chances in the GC, then Jay was with me and brought me up to the next bigger group. Also thanks to Michal Kwiatkowski who helped me in the end.

“Directly after the stage we went to the medical truck of the Tour, but decided to go to the hospital for further examinations and to be sure that especially his spine is ok. He suffers from heavy contusions and can hardly breath because of the pain. He also lost a lot of skin and has some deep excoriations. From a safety perspective it’s best to leave the Tour now and take some rest to recover.” – Jan-Niklas Droste, Team Doctor

“Another big blow for us at this Tour. We took one stage with Peter, but still the luck is not on our side at all. Now the most important thing is that Rafal can fully recover and take some rest. His focus is now fully on the Vuelta.” – Enrico Poitschke, Sports Director. 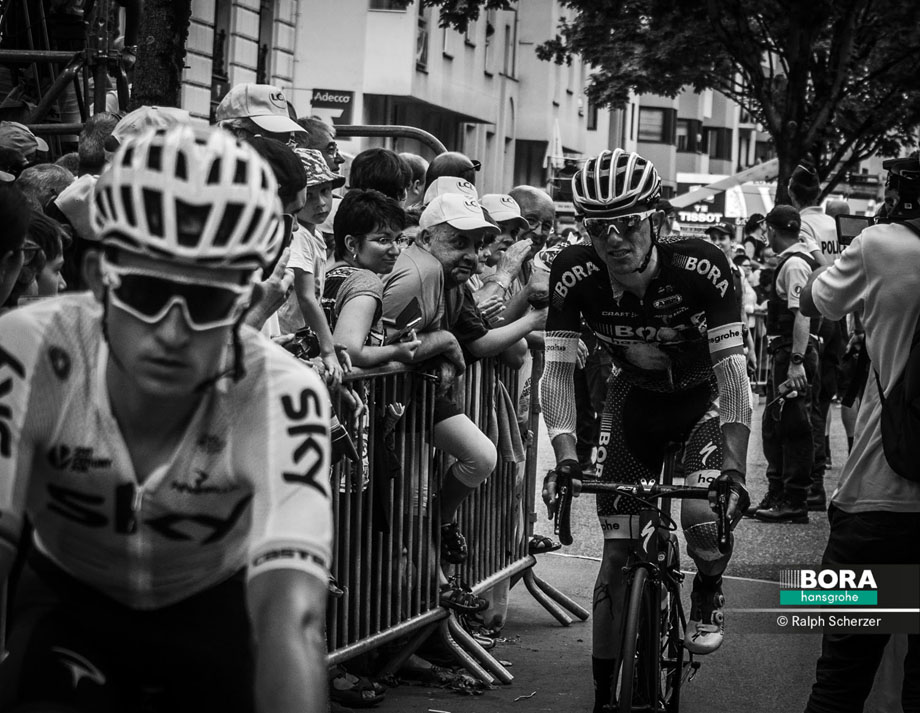