Sidi Sport will continue collaborating with Team Lampre-Merida in the 2014 season. Lampre-Merida champions will be shod with Sidi Wire shoes in the special graphics that Sidi has dedicated to the team. 2013 brought both partners fantastic success and we’re hoping that the new season that’s lining up at the starting gate will be even more brilliant and prolific in victories.

In 2014 Sidi will welcome back some already well known champions like Pippo Pozzato, who has always been an excellent flag bearer for Sidi Sport, Damiano Cunego and Diego Ulissi, the rider from Lampre who scored multiple victories in 2013. There are also a lot of young talents with high hopes, but the headline news is buzzing about the arrival of World Champion Alberto Rui Costa.

The Portuguese champion managed to blow away the competition on the challenging and spectacular world championship route in Florence, with a final that can only be described as awe-inspiring. Now he has become a part of the stables of champions signed with Sidi Sport.

Following tradition, to honour their new champion in the best way possible Sidi could do no less than to come up with a pair of customized Sidi Wire shoes featuring rainbow graphics that will be the perfect complement to the overall look for Alberto Rui Costa, who will be making his 2014 debut at the Dubai Tour in the beginning of February dressed from head to toe in the world championship colours, from his helmet down to his Sidi shoes, with his bicycle and precious jersey in between.

“We are very proud to have the new World Champion Alberto Rui Costa with us,” says the owner and founder of Sidi Sport, Dino Signori. “We have an excellent collaborative relationship with the team managed by Giuseppe Saronni. Starting in 2014 it will be even further strengthened thanks to the presence of the World Champion, an important rider whom we hope can lend extra power and prestige to this partnership, both from a results standpoint as well as for our image. In addition Sidi will have the honour and the enormous pleasure of having the Time Trial World Champion Tony Martin in the pack as well as Rui Costa, not to mention Cross Country World Champion Nino Schurter; this enviable trio will definitely know how to keep the Sidi colours flying high all over the world.” 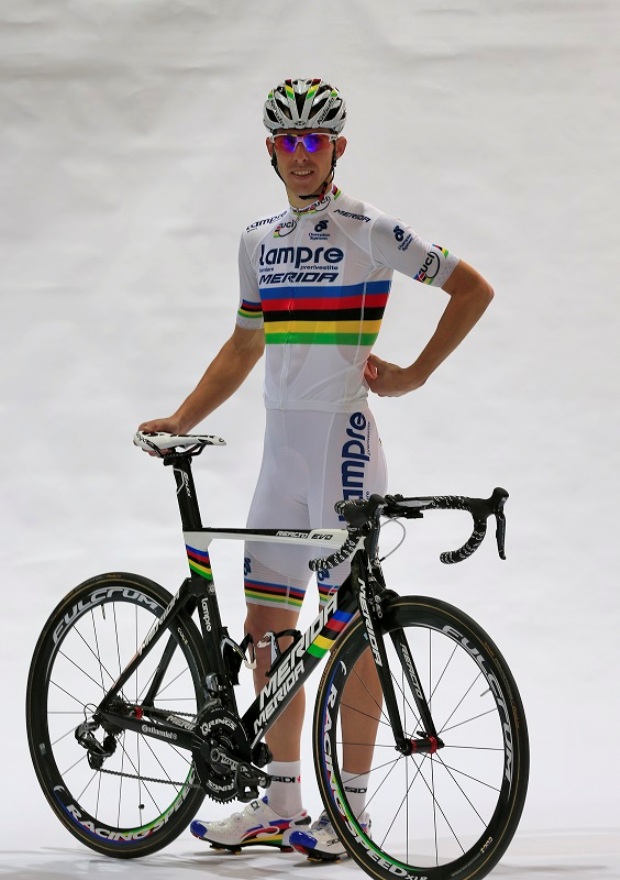 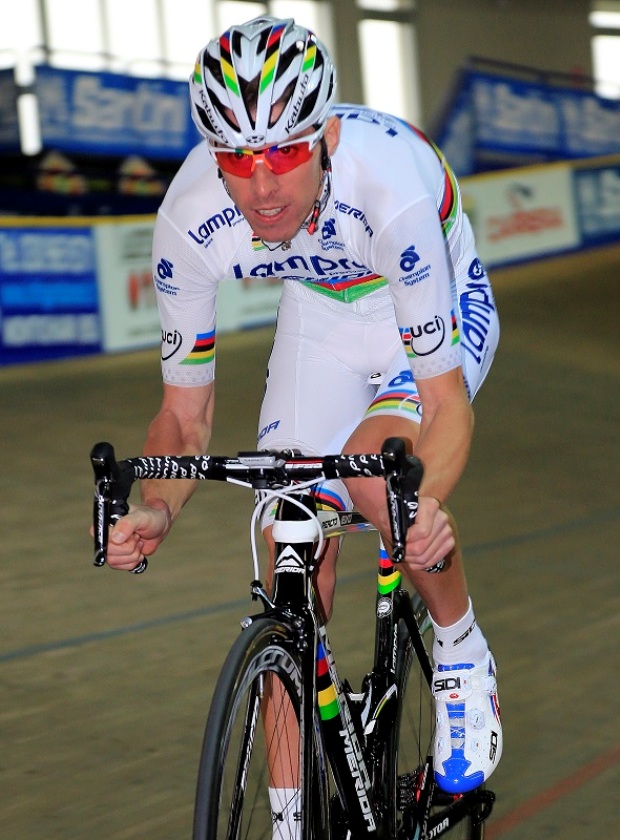