Bouncing back from a disappointing ride in Abergavenny last Friday, Ed Clancy took a close victory in the Colne GP last night.

Clancy last won the Colne race – the fourth round of the National Elite Circuit Series – in 2011, where he led home a clean sweep of the top four places for the Men In Black. This year’s edition was a much closer affair however, with Clancy narrowly getting the better of former teammate Dean Downing, and round one winner, teammate Felix English.

The scorching summer temperatures meant that crowds packed the 850m circuit and the riders duly responded with action packed racing throughout the night. Despite various attacks though, thanks to strong marshaling by the Rapha Condor JLT team the race eventually came down to a full bunch sprint.

“I was pretty disappointed after last Friday in Wales, so I was up for this one. We went in with a plan to try to keep it together tonight and the boys all rode excellently. Raleigh took it up first, but they were too early so we waited as late as possible and then swamped them before the final lap.”

“It worked perfectly for us, and it was great to be up on the podium with Felix there as well.”

Felix English was also delighted to be back on the podium after missing out on the previous two rounds following his Otley win.

“That was much better tonight. It was a hectic finish, but it worked out for us. Dean is always a tough guy to beat, but it’s really great to be back up on the podium. There are two rounds left of the series now, so I’ll be going flat out for them – as always.”

The result will no doubt be a huge moral boost for Clancy at the start of a busy week for the Rapha Condor JLT team, which culminates with the National Criterium Championships on Sunday, a title the double Olympic champion last won in 2010. 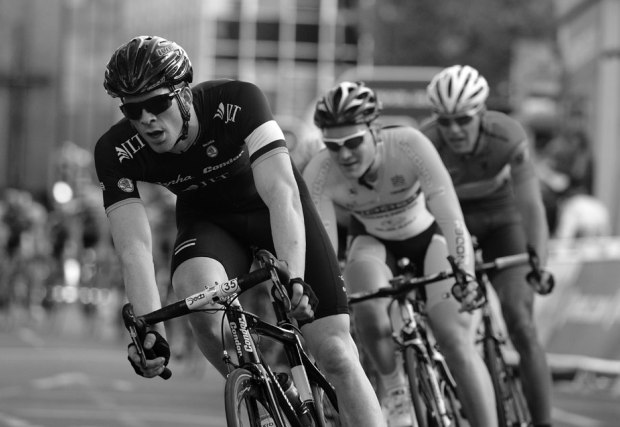 The Tour de Pologne in Trentino: “Pedalling Towards the Sky…”