Rapha Condor JLT’s Mike Cuming seized the yellow jersey at the Tour of Korea today, with a brilliant attacking ride on the race’s hilly sixth stage.

Cuming started the stage in fifth place overall three minutes and seven seconds behind the leader after the efforts of his team in yesterday’s team time trial, where Rapha Condor JLT finished a brilliant third, only three seconds behind the winners MTN – Quebekah.

Cuming had previously taken fourth place on stage one, and seventh on the races only hilltop finish on stage three.

After stepping down from the podium resplendent in yellow Cuming said,

“I’m pleased that it came off today. I couldn’t quite believe it when our group got away. I kept looking about at the numbers in the break and thinking that there had to be someone there better placed than me!”

Cuming had managed to escape the yellow jersey group with ten other riders after the first climb of the day with only 33km covered. Despite being isolated in the chase group, yellow jersey Kinglok Cheung of the Hong Kong team refused to give up the ghost and a thrilling chase ensued with Cuming eventually becoming virtual race leader with only 20km to go.

“It took an age to get the three minutes, and I could see that the gap was always creeping up. I was fortunate that the group were committed, but to be honest I didn’t worry about anything other than just getting my head down and getting as much time as possible. I gave it everything.”

Cuming now goes into the 145km penultimate stage with a twelve second advantage on Cheung. 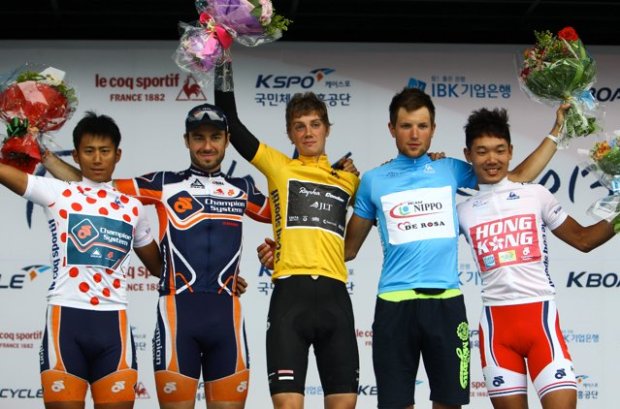 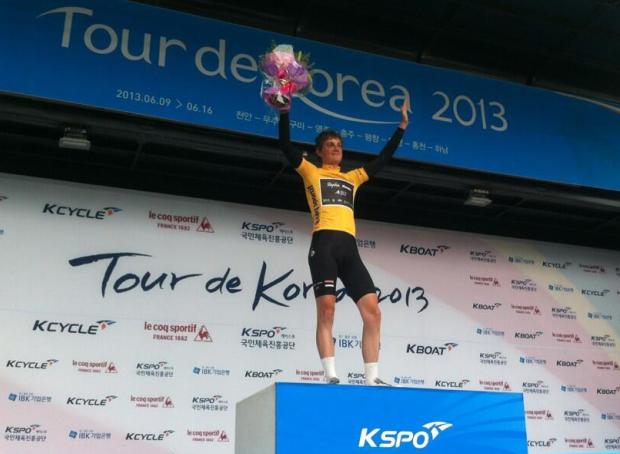