Graham Briggs was Rapha Condor JLT’s stand out rider on the first big weekend of the UK season, taking second in the Eddie Soens handicap at Aintree on Saturday, before taking his first win of 2014 at Pimbo, in Lancashire, on Sunday.

Briggs had looked a possible winner of the Eddie Soens, when he had pulled clear with two other riders in the final of the 80km handicap, but after Ian Wilkinson had anticipated the sprint, Briggs was unable to get round his rival.

Briggs commented,
“It was a bit frustrating to miss out on the win. My condition was really good, but when we came to the sprint, I messed up my timing a little bit and went late. That gave Wilko all the advantage he needed, and he is a fast finisher, anyway. To be honest I was just a little rusty coming out of the winter, but it made me twice as determined that I wasn’t going to miss out on Sunday.”

In the bunch sprint behind the Men In Black showed that they would be a force to be reckoned with this season, with Chris Opie taking the gallop for fourth ahead of his teammate Felix English, who made it three Rapha Condor JLT riders in the top five.

Briggs duly made up for the disappointment of losing out to Wilkinson twenty-four hours later. At Pimbo, Briggs showed he had none of the indecisiveness that had cost him victory on Saturday outstripping his breakaway rival, NFTO’s Jon Mould, to win by a comfortable two-second margin at the line.

Briggs had again been part of a strong and motivated Rapha Condor JLT team, with Richard Handley and Hugh Carthy both active in the racing throughout, and eventually taking fourth and fifth, to round off a solid weekend of racing for the Men In Black.

The action will move to the south of the UK next weekend when the team head to the Roy Thame Cup, and the Jock Wadley Trophy, in Buckinghamshire, and Essex respectively. 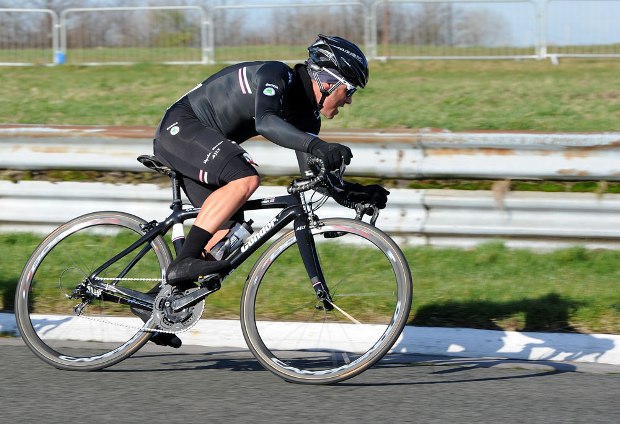 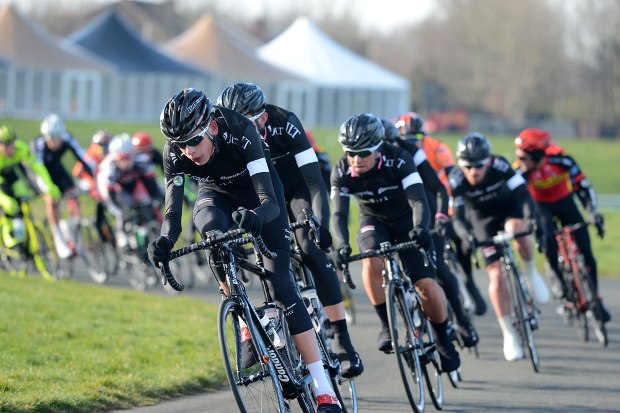