Rapha Condor JLT took an excellent team win in the seventh round of the Tour Series in Redditch last night.

Felix English, Ed Clancy and Kristian House led the peloton across the line behind lone winner Matthieu Boulo to take 2nd, 3rd and 4th places in the individual race, and push the Men in Black further ahead in the overall team competition.

Already an individual winner in Aberystwyth, Felix English was delighted with the team’s performance.

“It was a pretty quick race, and coming into the finish I didn’t think that anyone was away, so I actually thought I’d won when I crossed the line!”

“Getting another individual win would have been great, but I was still really happy to take second, especially with Ed and Kristian finishing right behind me. It was a perfect finish for us really, and it is great to be back up on the podium with these guys again.”

It had been a fraught evening’s racing on the Redditch circuit, with no riders able to hold a clear advantage over the bunch, until Team Raleigh’s Boulo slipped clear with just two laps to go. While English missed the Frenchman’s move, the Men in Black positioned themselves excellently to lead the bunch home and take the team win ahead of team Raleigh. 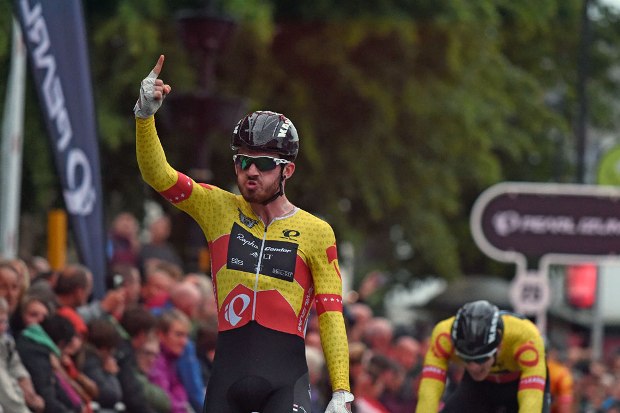 After missing out on team victories twice in the previous week, team manager John Herety was pleased with the result, but remained focused on the overall competition.

“We came here with our best team for this type of event and the guys did a great job. Kristian in particular, rode really well and pulled out a fantastic sprint to give us the win on the night.”

“We have another round that should suit us at Canary Wharf on Thursday, and in this competition you can never be complacent, so we will be going all out to try to win again there.”

The win extends Rapha Condor JLT’s lead in the series to twelve points over Madison Genesis, with four events to go, including the double header Jersey finale next week. 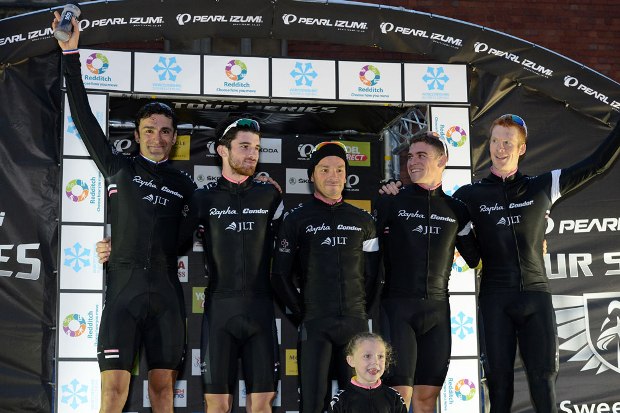