2015 marks the 50th anniversary of Tom Simpson’s victory at the 1965 Road Cycling World Championships in San Sebastian, Spain. Simpson was the first British rider to wear the leader’s jersey at the Tour de France (1963) and was known for his fearless, attacking riding style and tenacious grit. In recognition of the anniversary and to honor the man, Rapha has created a special edition short sleeve jersey and cycling cap.

To most cycling fans outside of the UK, Simpson is best known because of his very public collapse and death due to “heart failure caused by exhaustion” during Stage 13 (July 13th) of the1967 Tour de France on Mont Ventoux. Simpson’s legacy, however, often surprises people who know only of his unfortunate final race. He won the Tour of Flanders, Milan-San Remo, and the Giro di Lombardia. Simpson won Bordeaux-Paris and finished within the top ten at Paris-Roubaix four times. He was a teammate to Eddy Merckx.

Tom Simpson was known for his fearless riding, especially his risk-taking descending style. He was so aggressive that he crashed out of four of the seven Tour de France in which he competed. It has been said that his death climbing Mont Ventoux was his unwillingness to admit defeat ascending it. He was not, however, an unintelligent man. He produced his own bicycle saddle, had custom bicycles made to resemble his team supplied Peugeots, and was very observant about his diet. He was an advocate of fruits and vegetables and was reported to eat several pounds of carrots a day in the off- season.

Proceeds from the sale of this collection will be donated to the Simpson family for their work to maintain the Tom Simpson memorial on Mont Ventoux. 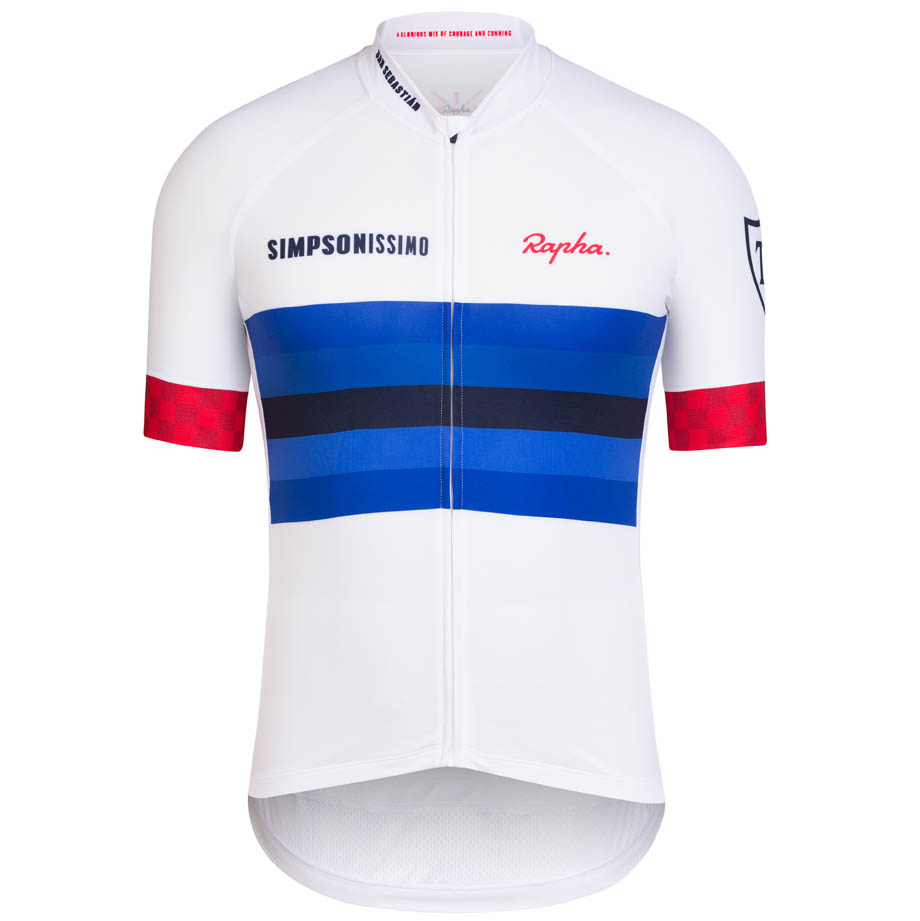 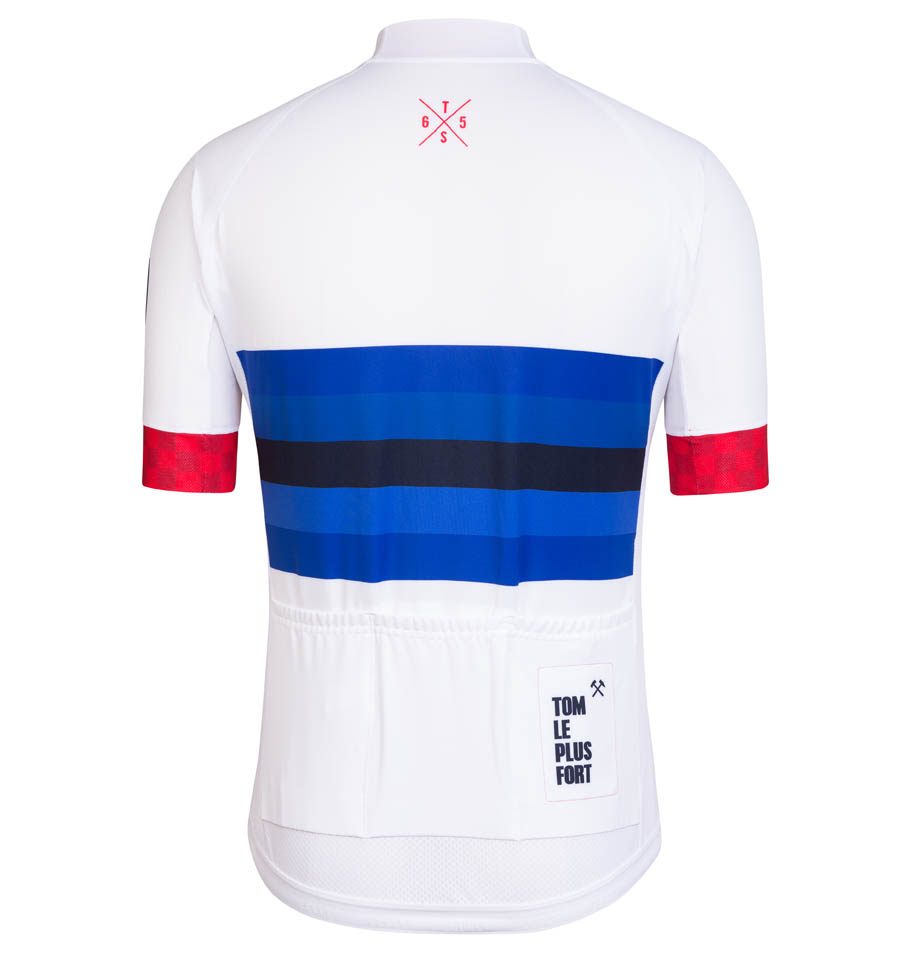 “Simpsonissimo” was the headline of the Miroir Sport issue from October 18, 1965, a month after his World Championship victory in San Sebastian and two days after his Giro di Lombardia win. (See attached photos)

Rapha Tom Simpson Pro Team Jersey
Based on the Rapha Pro Team Jersey, the Tom Simpson Jersey is cut for an aggressive riding position (very much in the Simpson style) and its high-stretch fabric offers superlative comfort and performance. The colorway also matches the GB team kit of the 1960s. Text inspired by headlines of the day – Simpsonissimo and Tom Le Plus Fort – appears on the reverse panel, which is finished with red stitching, a nod to the combativity award that Simpson would likely have won had he ridden in today’s peloton. A bespoke graphic symbolizes Simpson’s mining heritage, while other details reference the World Champion’s jersey stripes, and Simpson’s team sponsor. A ‘TS’ shield is inspired by the logo of a renowned oil sponsor, and an emblem on the outer collar marks the date of the World Championship win. A quote on the inner collar describes Simpson thus: “A glorious mix of courage and cunning.”

The “World Championship Stripes” designed for this jersey are a stylization on the actual jersey as it appeared in black and white images in combination with the blue from the Team GB jersey of the era. (See attached photos) 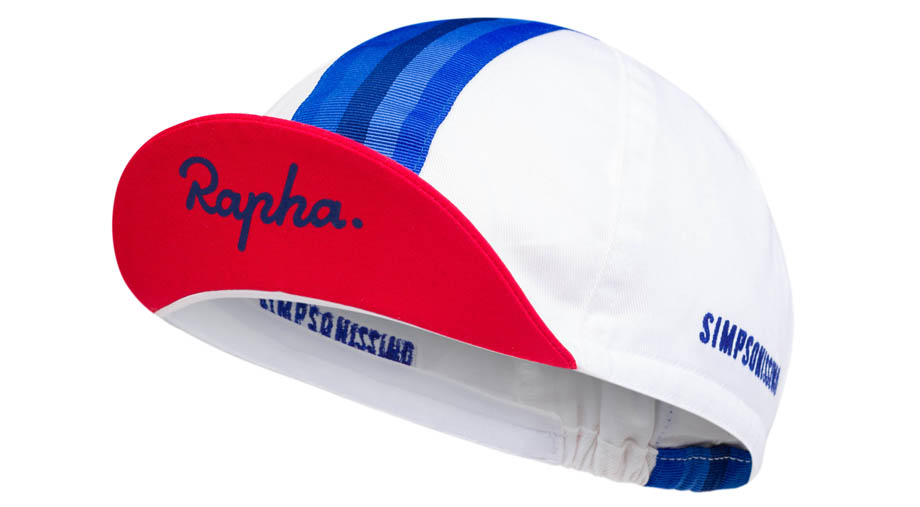 Rapha Tom Simpson Cap
Classically-styled performance cap that celebrates the tenacity and courage of Tom Simpson’s 1965 World Championship win. Made from a lightweight and technical cotton, the cap features details designed to complement the Tom Simpson Jersey. Along with World Championship stripes, there is a ‘TS65’ cross on one side, and a Simpsonissimo headline on the other. The cap is highly water resistant, windproof and extremely breathable. 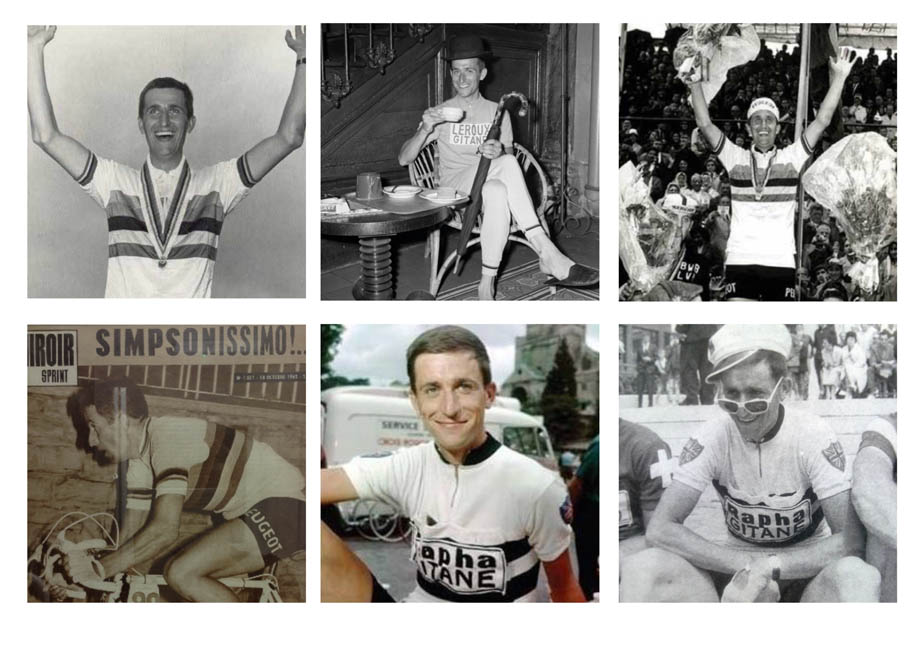 Reading 120 A True ‘Classic of the Americas’

Hundreds cycle much of the same road as the Aviva Tour of Britain stars as Ride the Tour concludes the brilliant Ride Anglesey Festival.