English, who was tipped for success in the prologue, clocked a time of 3.02.61, to finish less than two seconds behind the race winner Jack Bauer of Garmin Sharp.

Twenty-year-old English was pleased with his performance, but remained realistic about the challenge ahead.

“I’m pretty happy with that. I’ve been feeling good for a while and we’ve all been working really hard for this back in Bendigo. It was a short stage but it was an intense effort. I still think I am a little way off top form, so a result like that will do nicely.”

Among the big names that English beat were the likes of Rohan Dennis, Nathan Haas and Simon Gerrans, who have all been tipped as likely winners of the race.

As well as fourth place on the stage English took the blue and white jersey as the leader of the Under 23 competition, a jersey that he’d like to be able to defend over the following days.

“It’s always good to have a jersey, but the next few days will be really hard and in a race like this a lot can happen. We’ll do our best to defend it, but I think the G.C. is going to go through a few shake ups from now until Sunday.”

Tomorrow’s stage will see the riders tackling an undulating 116km from Geelong to Ballarat. 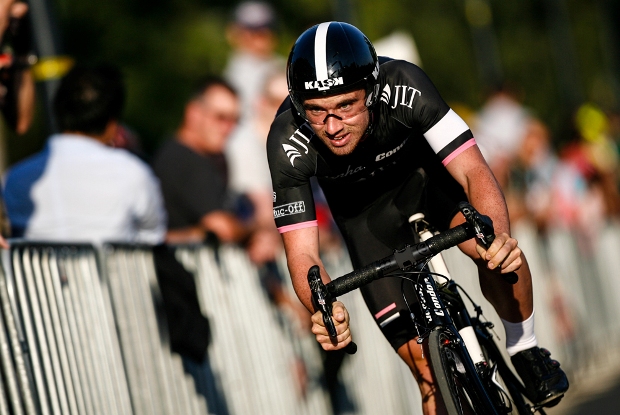 Clarke powers to the podium in Sun Tour Prologue