Kristian House took victory in the penultimate round of the British Cycling Elite Circuit Series in Sheffield last night.

House outsprinted national criterium champion Adam Blythe as well as the fast finishing Tobyn Horton to take his first win in the Sheffield event. The 34 year-old had been part of a five-man move that went clear at just over half distance.

Despite having the team’s most experienced rider in the move, House explained that initially it hadn’t been the ideal scenario for the Men in Black,

“At first it didn’t look like such a good situation for us. All of the guys I was with are faster finishers than me on paper. I was covering the move and the idea was that we were all riding for Briggsy and Chris (Opie).”

“For a while I thought it would come back, but when I realized it wasn’t I had to play it pretty smart to make sure I had enough to beat those guys. I jumped across to Northey when he attacked on the last lap and then I just had to keep it going for the line. I held on but I’m not quite sure how!”

Behind Chris Opie finished second in the bunch sprint to finish seventh on the night and move up to 5th overall in the series. The final round of the series will be the Wales Open Criterium in Chepstow in one week’s time.

The Sheffield G.P. also saw former Rapha Condor rider Dean Downing draw the curtain on his long and distinguished racing career. Downing took one of the team’s most memorable wins back in 2007, when he won the Lincoln GP for the then newly established team. 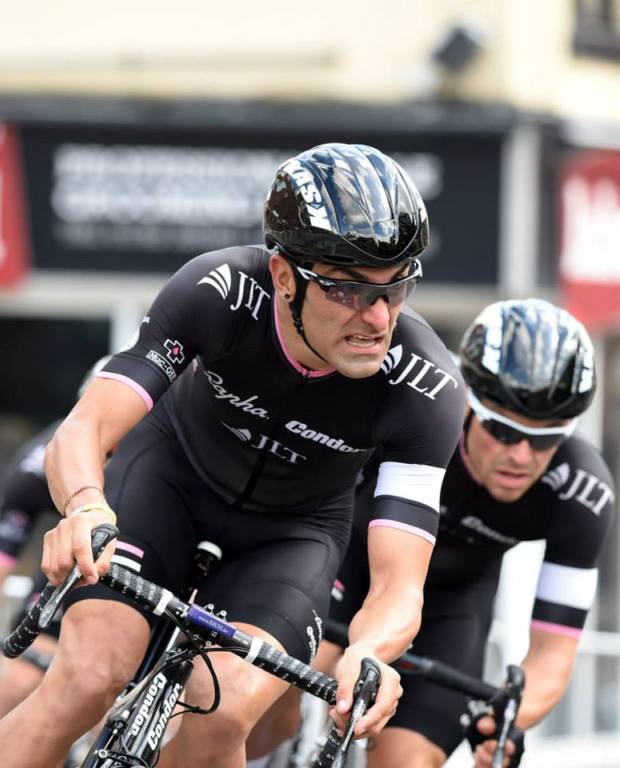