As nominated team leader House crossed the line first at the end of the event, but he was quick to praise the efforts of his whole team. 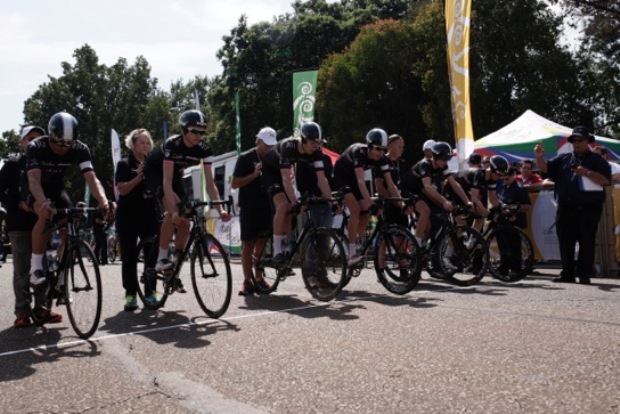 “It was a pretty technical course, which meant that the ride felt a little scrappy at times. But the guys all did a great job, we negotiated the descent really well and from there it was just a flat out effort. It is a strange thing because I’m in yellow but it is a win for the whole team.”

Following the cancellation of the Tour of South Africa, which House led from start to finish 2011, the Mzansi Tour has become South Africa’s biggest stage race. House was naturally delighted to be back in yellow, but was cautious about his chances of overall success.

“It’s the fourth or fifth time that I’ve been down to race here and I always seem to go pretty well. It’s great to get off to a start like this, but you can’t really compare it to 2011. In that race I had a decent lead after the first day and then we could defend all week. There are a lot of guys still in this race, so we will have to see how we go about defending the lead.”

The four-stage race continues today with a 140km road stage from Golden Gate to Clarens. 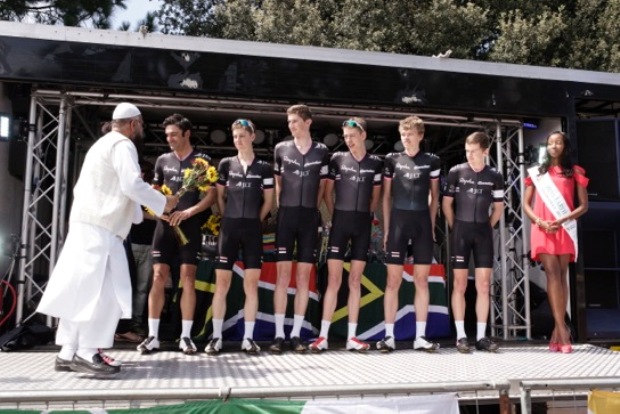