Hugh Carthy put in an excellent performance to finish in second place on the Mount Fuji stage of the Tour of Japan today.

The 19 year-old sprinted to second at the summit of Japan’s most iconic mountain 1’19” behind lone winner Mirsamad Pourseyedigolakhour, who smashed the previous record time for the climb by over a minute.

The fourth stage of the Tour of Japan was a mass start hill climb, and Carthy had marked the day as one that he knew he would perform on.

“I knew from the previous stages that I was one of the best climbers here, so I went in to it with the ambition of going for the win. It was a bit of a specialist stage, being so short and on such a hard climb, so no-one quite knew what to expect.”

“I planned to ride my own pace so when the Iranian guy went I didn’t go with him. The group thinned out and it just became every man for himself. There were a few guys ahead of me coming into the final 500m, and I just picked them off all the way to the line.”

The race continues tomorrow with a 148km stage at the Japanese Keirin School in Izu where Kristian House took a memorable stage win for the Men in Black in 2010. 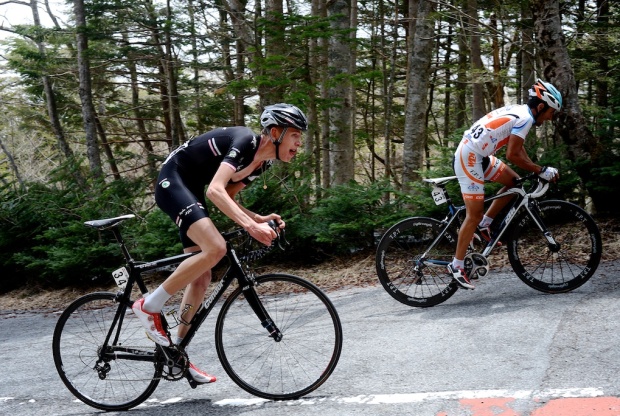