The world’s best cyclists will be gracing the historic grounds of Harewood House as it hosts the Ceremonial Start of the Tour de France this year, and they’ll receive a very British welcome as the Red Arrows fly over the Harewood Estate, home of the Dare 2b Yorkshire Festival of Cycling.

The Red Arrows have performed at great occasions such as the London Olympics and the Diamond Jubilee, and are now set to conduct a magnificent Hawk jet flypast over the Festival on Saturday 5th July, as the first stage of the Grand Depart rolls onto Harewood’s grand drive to be greeted by the principal guests. 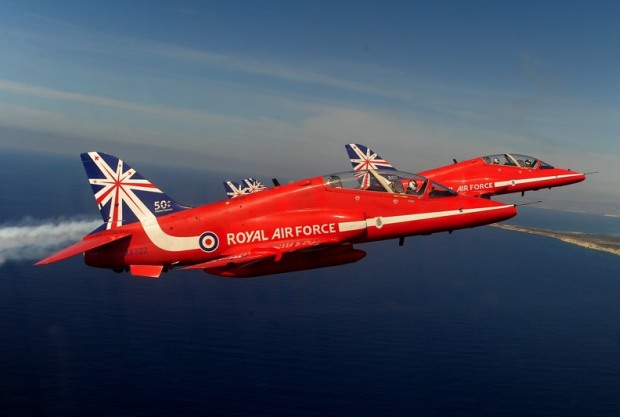 Entertaining the crowds with their trademark streams of red, white and blue, the Red Arrows’ flight will mark the beginning of a patriotic Festival weekend packed full of entertainment by the British Military. On Sunday the 6th as the tour passes from York on to Sheffield festival-goers will be treated to a Battle of Britain Memorial Flight, with the rare sight of WWII RAF aircraft including a Spitfire, Hurricane, Dakota and a Lancaster taking to the air.

The marching Band of The Corps of Royal Engineers, directed by Captain James Marshall, will also be performing several sets within the grounds over the weekend, while the Army and RAF will be taking over two acres of the Festival site with a range of activities for all ages to take part in, including an assault course, speed-shot football, a bungee run and military vehicle displays. 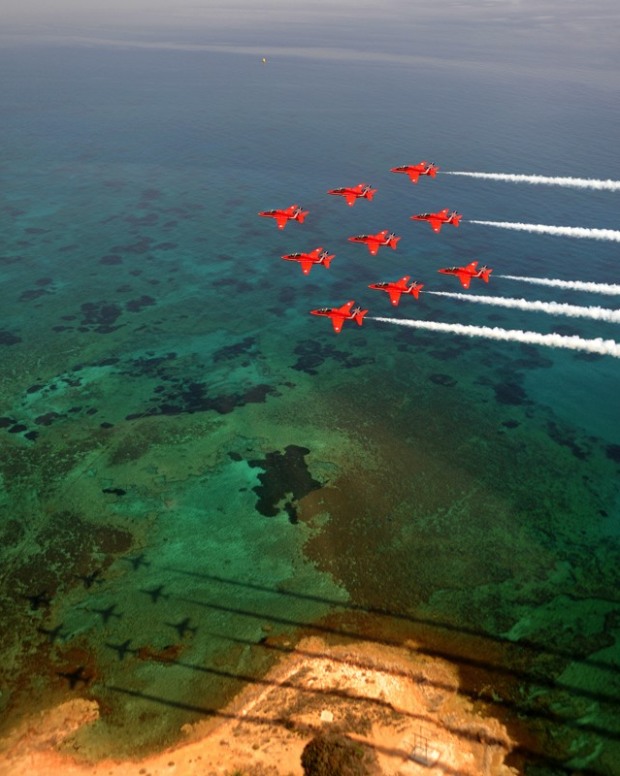 Taking place throughout the Grand Depart weekend from 4-6 July 2014, the Festival will be hosting high quality camping and glamping facilities, providing groups of all sizes a prime spot to see the Tour de France first hand.

As well as the newly-announced military showcase, there will be plenty more on-site activities to keep festival-goers of all ages entertained. These include a range of sporting participation events such as duathlons, cycling time trials and trail runs (with the challenge to beat times set by Olympic gold and bronze medal-winning triathletes Alistair and Jonathan Brownlee) as well as led rides out into the Yorkshire dales to view the later stages of the race on both days. 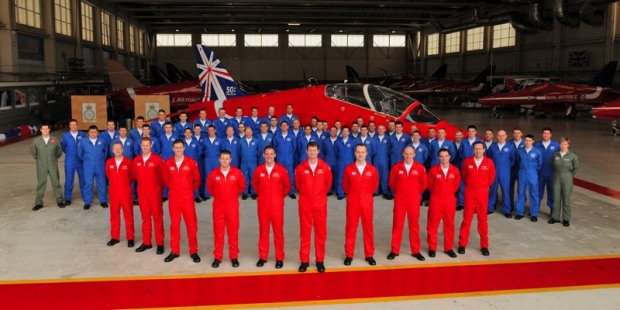 Among a host of further entertainment for all the family there will be a cycling cinema, shopping expo, live music and big screens to view the rest of the Grand Depart as well as the Football World Cup quarter finals, F1 British Grand Prix and Wimbledon in a bumper weekend of British sport.

High profile guests will be there to join in the carnival atmosphere, including Lizzie Armitstead, 2006 Tour winner Oscar Pereiro and another former winner in Ireland’s Stephen Roche, providing a truly one-off experience of the best that Yorkshire – and Britain – has to offer.

For more information on the Dare 2b Yorkshire Festival of Cycling, please visit: https://www.festivalofcycling.org 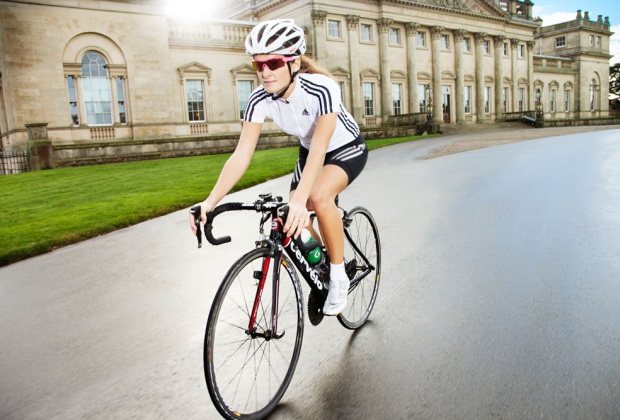 About the Dare 2b Yorkshire Festival of Cycling
On 5th & 6th July 2014 Yorkshire will host the first two stages of the 101st edition of the Tour de France. It will be the first time the Tour has ever visited the North of England.

To celebrate the occasion, Harewood House – which is home to the Official Ceremonial Start of the Tour de France on the 5th July – is hosting the inaugural Dare 2b Yorkshire Festival of Cycling, which will run from 4th – 6th July, offering visitors the opportunity to stay in its magnificent grounds and be there when the peloton passes through.

Leaving Leeds at the start of their three week battle-on-wheels, the riders will travel seven miles north to Harewood, where they will turn up the drive and pedal through the grounds, past the front of the house. When they do so, the festival will be in full swing, enabling visitors to make the most of an historic weekend by camping in the grounds and enjoying a wide range of participation events, activities and entertainment.