On Sunday, Youcef Reguigui became the first Algerian to take part in the WorldTour, the highest level of racing in professional road cycling. The 23 year old who is in his debut year as a professional, formed part of the Vattenfall Cyclassics line up for Team MTN-Qhubeka p/b Samsung.

Reguigui put in a performance to be proud of after recently returning to racing following a lengthy break. He held onto the peloton until there was only two kilometres left to race and finished 1 minute behind winner John Degenkolb.

It’s not difficult to see where Reguigui gets his talent from as his father raced in Europe in the 80’s and is a winner of the Tour of Algeria. He discussed his Vattenfall performance with his father.

“My father was really proud. When I called him yesterday he told me I was very good because the whole day I was riding in the front 30 riders. I went and got bottles for the team and then returned to the front and he told me that is really good that I managed to stay there till the end of the race.”

As part of his build up to the second part of the season, Reguigui raced the Tour des Fjords in Norway last week. He finished in the top 20 on one of the stages while helping prepare the sprint for Kristian Sbaragli, and then animated the final stage when we spent all day in the breakaway.

“When the peloton got closer, I attacked and went hard but my form was not at 100%. I thought the peloton would let me go but the other breakaway guys would not let me go when we got close to the finish.”

Reguigui says he is looking forward to the rest of the season and working for Ciolek again this weekend at the World Ports Classic. While he’s looking to end the year on a high note, he’s also already got one eye set on next season.

“Next week I’m racing in Belgium in the World Ports Classic. It’s also a big race and we have a strong team there so I think it will be a good race.

“I think next year will be a good year for me after all the big races I have done this year. I am learning the peloton and who the riders are who are strong so I can start looking for good results next year,” he concluded. 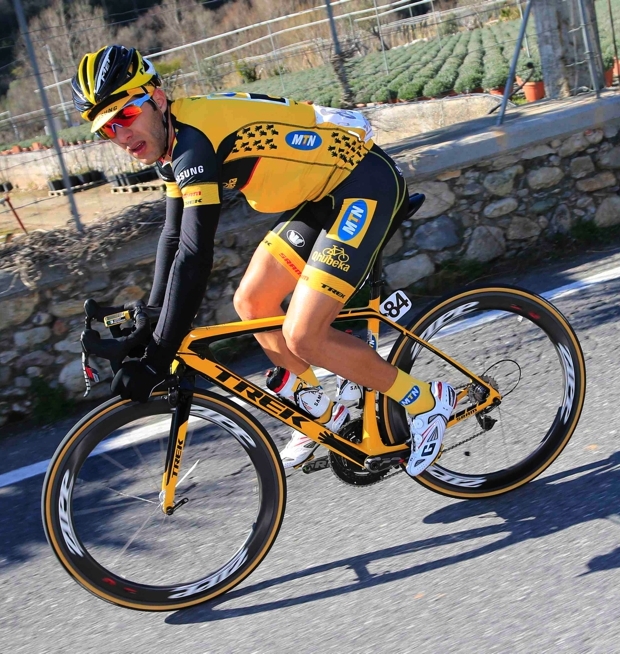