A for Amatorow: the Tour de Pologne Amatorow is the race that brings fans out every year to pedal on the same route as the pros in Bukowina Tatrzanska. In spite of the rain this year there were almost 1500 brave hearts lined up at the starting line.

B for Bettiol (Cannondale – Drapac Pro Cycling Team), who was third on the final podium in Krakow and winner of the Hyundai white jersey for the points classification.

C for Cannondale – Drapac Pro Cycling Team, the squadron which best honoured the race and brought two young riders into the limelight: Alberto Bettiol and Davide Formolo, who were 3rd and 4th respectively in the final general classification. 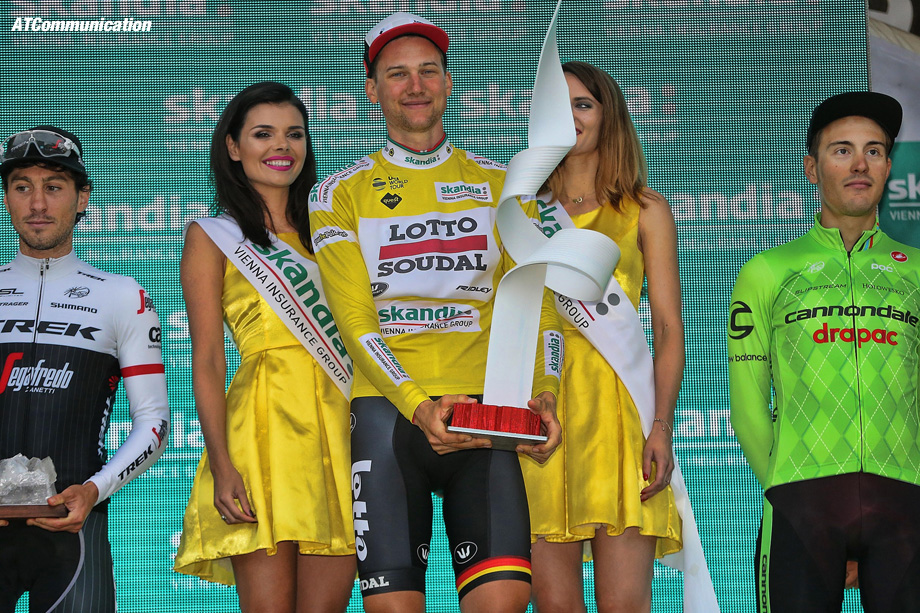 D for Davide Martinelli (Etixx – Quick-Step) Surprising yet worthy winner of the first stage in Warsaw and the first yellow jersey in the 2016 Tour de Pologne, who scored his first World Tour victory in Poland.

E for the Emotions that the Tour de Pologne brings every day in the squares, along the roads as in the small villages as in the big cities with the passage of the race.

F for Fabio Felline (Trek – Segafredo) another talent from the Italian greenhouse, who came in second in the final classification at the end of an outstanding performance in the time trial. He was back to brilliance after a serious injury he incurred at the beginning of the season in the Amstel Gold Race.

G for Gaviria (Etixx – Quick-Step) the Colombian sprinter made his mark on the 2016 Tour de Pologne by winning two spectacular stages in the final sprint (in Katowice and in Rzeszow/Podkarpackie) and wearing the yellow leader’s jersey for three days.

H for Hyundai, sponsor of the white jersey for best sprinter and official supplier of all the cars used in the Tour de Pologne, which rewarded the winners of the 2016 edition with new cars; the Tucson model for the men (Tim Wellens) and the Elantra model for the women (Jolanda Neff).

I for Icon: the symbol of the Tour de Pologne was the trophy called “Polish Evolutions” by the artist from Trento Mirko Demattè. It was handed to all the winners at the Tour de Pologne: men, women and Puchar Mlodzikow (Youth Cup).

J for Jolanda Neff, the Swiss athlete who was the supreme Queen in the first edition of the Tour de Pologne Women, with two stage victories, in Zakopane and in Bukowina Tatrzanska. Jolanda captured the yellow jersey, the blue jersey and the white jersey.

K for Kwiatkowski (Team Sky), the hometown idol who is always a crowd favourite. Once again this year Kwiato gave his all on the roads of his Poland, honouring the race to the utmost with his eye on the Olympic Games in Rio, where he is aiming to figure as a major player. 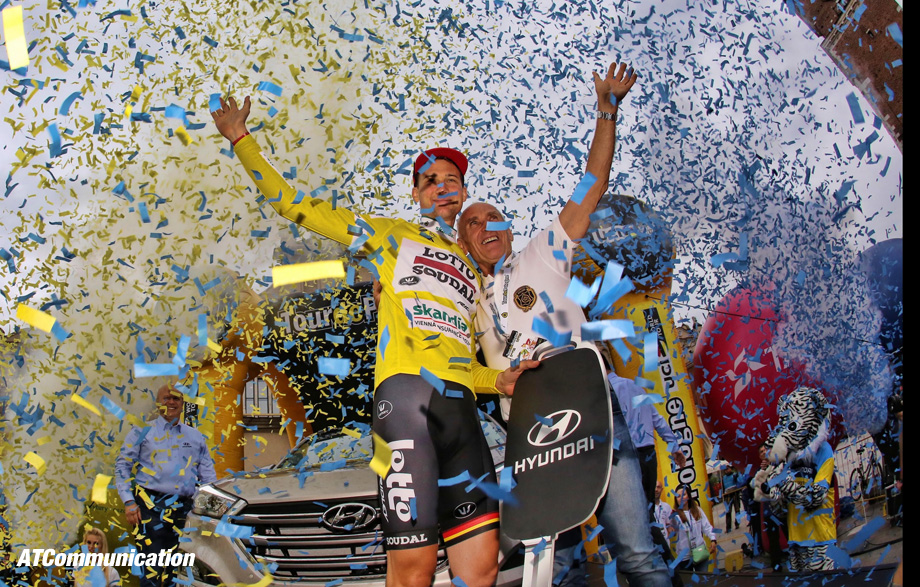 L for Lang, as in Czeslaw Lang, silver medallist at the 1980 Olympics in Moscow and the heart and soul of the Tour de Pologne, who has transferred the grit and determination that made him a pioneer in Polish professional cycling and in the West into a management style that has now allowed him to propel the race and the entire Polish cycling movement to an international level.

M for Most active rider, the special classification for the blue jersey, powered by Lotto, captured by Tim Wellens (Lotto-Soudal). 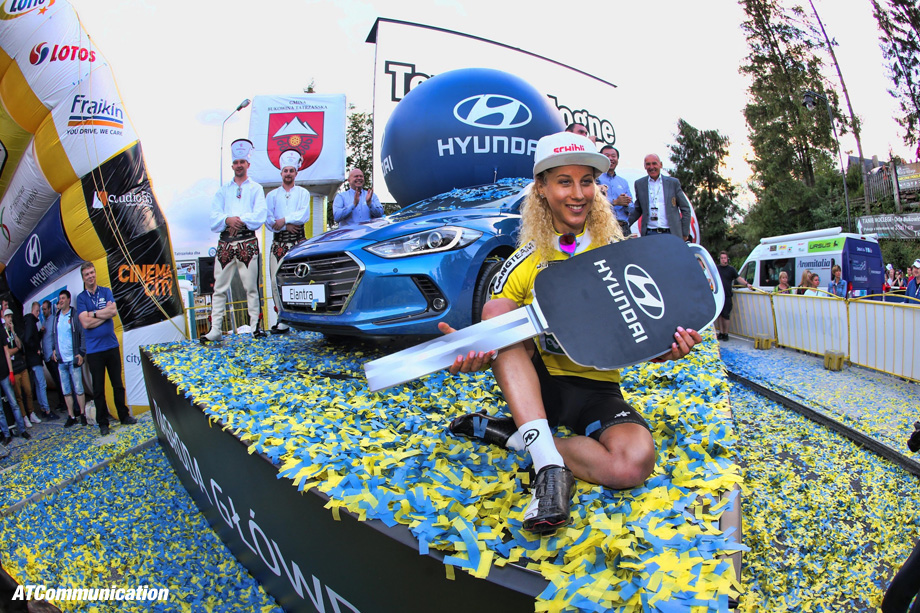 O for Organization: the Lang Team headed by Czeslaw Lang is the organizational machine behind the Tour de Pologne. With passion, professionalism and commitment, this team has made the Tour de Pologne the most important sporting event in Poland and the most significant cycling race in all of Eastern Europe.

P for Pola: Yes, that’s right, the famous and fun Pola Bee, the official mascot for the Tour de Pologne, who flies to the finish line every day to bring joy and enthusiasm to the spectators and riders.

Q for Quantity & Quality: there were 25 teams at the kick-off for a total of 200 riders, with Elite Polish and international cyclists forming a start list of the highest calibre, in spite of the race’s coincidence with the Tour de France because it’s an Olympic year.

R for Rain: Yes, the rain made the race even harder this year, forcing the organizers to justifiably cancel the stage in Bukowina Tatrzanska for safety reasons. However, the rain did not manage to ruin the great celebration of the Tour de Pologne.

S for Skandia: historic partner of the Tour de Pologne and title sponsor of the yellow jersey captured by Tim Wellens (Lotto-Soudal), the King of the 2016 Polish race.

T for TVP: the Polish national TV station, which, as always, perfectly covered the Tour de Pologne with live broadcasts of the stages and other shows highlighting the event, bringing the thrill of the race into the homes of fans in Poland and throughout the world.

U for Unpredictable, as the Tour de Pologne turns out to be every year: thrilling, exciting, uncertain, and hard-fought; a race where anything can happen, an event that can always bring new names and faces into the spotlight.

V for Violet, the colour of the jersey for best climber, powered by Tauron and captured by Tim Wellens (Lotto-Soudal).

W for Wellens, the winner of 2016 Tour de Pologne who built his success with a legendary performance in the gruelling stage in Zakopane, in a solo attack that launched him first over the finish line, making him the strongest rider in the worst weather.

Z for Zakopane: the famous and popular tourist resort in the Tatra Mountains which witnessed the fantastic feat by Tim Wellens (Lotto-Soudal) in the men’s’ field and by Jolanda Neff (Suisse National Team) in the first edition of Tour de Pologne Women.

X…for all the new initiatives and plans that Czeslaw Lang and the Tour de Pologne are saving up for the 2017 edition. 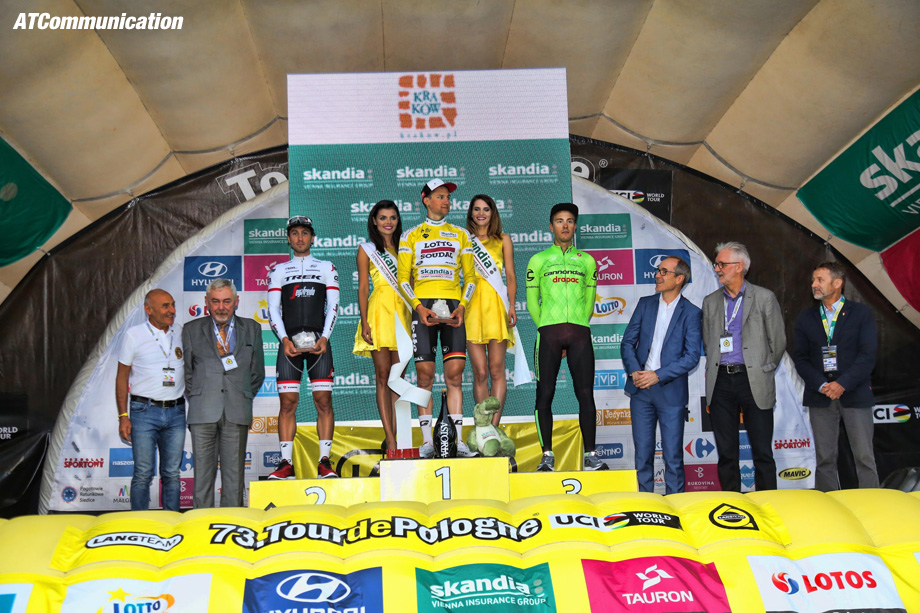