‘Ride like A Pro’ competition returns to Jaguar Dealerships

‘Ride like A Pro’ competition returns to Jaguar Dealerships across the UK, offering cyclists the chance to ride with Team Sky

IN BRIEF:
• Rides from 36 local Jaguar Dealerships in the UK are taking place between July and September
• One participant from each event will be chosen for a national Grand Final, competing in both a driving challenge and cycling time trial
• Riders will be followed and supported by the Jaguar XF Sportbrake, the official car of professional cycling’s Team Sky
• The overall top competitors in both the male and female categories at the Grand Final win a once in a lifetime opportunity to ride with Team Sky at their winter training camp in Majorca 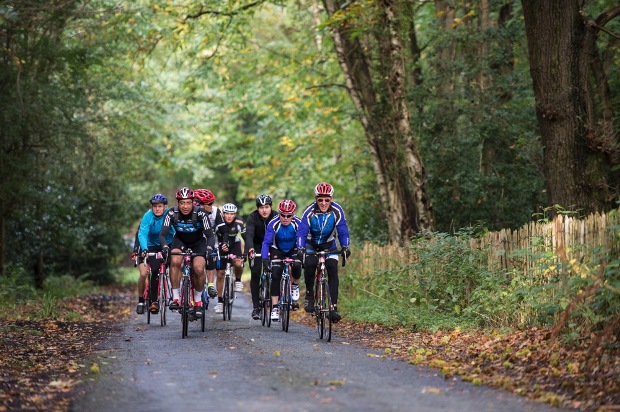 IN DETAIL:
Following last year’s successful inaugural series, Jaguar’s Ride like a Pro is making its return in 2014.

Staging even more ride outs at a wider spread of regional Jaguar Dealerships, leading to the Ride like a Pro Grand Final, which pits cyclists across the UK against each other in a cycling time trial and Jaguar XF Sportbrake driving challenge for the chance to win a place at Team Sky’s winter training camp in Majorca.

Ride like a Pro is returning to celebrate Jaguar’s long-standing partnership with Team Sky, who are not only offering the winners their once in a lifetime prize, but are also providing WorldTour standard support across all ride outs in the form of an XF Sportbrake, Team Sky’s official team car. 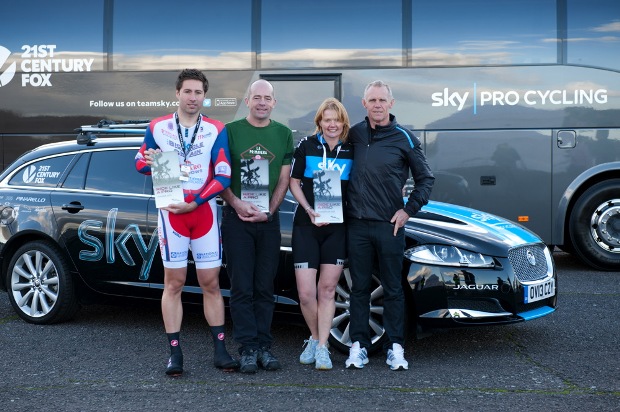 Ride like a Pro Grand Final competitors will later be able to take the wheel of the XF Sportbrake themselves. Last year’s finalists received coaching from professional racing drivers in preparation for a Directeur Sportif Challenge, testing their driving skills against a professional Sports Director.

The 33 rides are taking place at different locations nationwide from 26 July through to 14 September 2014, organised by 36 local Dealerships. 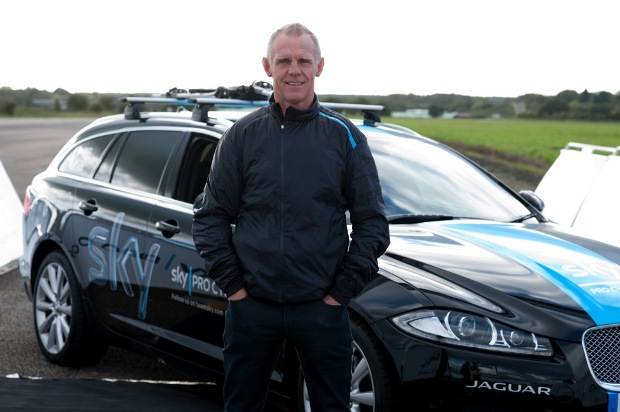 The Dealership ride outs are non-competitive, and will follow a range of 30-50 mile routes generated, plotted and recorded using the social fitness platform Strava. A rider from each will be chosen at random for the Grand Final, which will take place late September to early October 2014.

The Jaguar XF Sportbrake is the most versatile derivative of the award-winning Jaguar XF. It is driven by Jaguar’s refined, powerful and efficient range of four-and six-cylinder turbo-diesel engines and represents a compelling combination of sporting dynamics and practicality.

As an Official Supplier to Team Sky since its inception in 2010, Jaguar has been proud to support the team’s back-to-back victorious Tour de France campaigns in 2012 and 2013, where the British engineering leaders supplied Team Sky with a fleet of all-new high performance Jaguar XF Sportbrakes.

This year, Jaguar has extended its support of the team as an Innovation Partner, adding a bespoke Jaguar F-TYPE Coupé Concept to Team Sky’s support vehicle line-up, which will make its debut during Stage 20’s Time Trial at the 2014 Tour de France. Jaguar’s technological capabilities and engineering expertise also helped contribute towards Team Sky’s new Pinarello Dogma F8 racing bike that was launched in May. 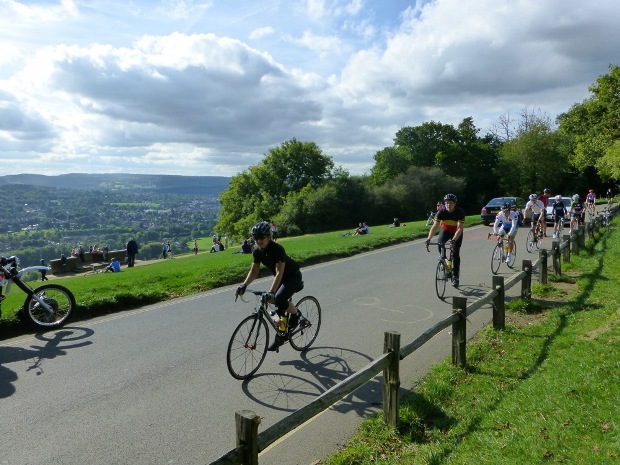 As part of the enhanced new deal, the pro cycling team has also added the Jaguar XFR-S Sportbrake, launched in April, to its fleet of high performance support vehicles. Effortlessly blending real-world versatility with high performance, the XFR-S Sportbrake has a top speed of 186 mph making it “the fastest car in the peloton” according to Team Sky’s riders.

You can find out more and locate your nearest Jaguar Ride like a Pro event at https://jaguar.co.uk/ride-like-a-pro

Riders need to register online to participate, where they will have the opportunity to make a donation to the road safety charity, Brake (this is not compulsory). 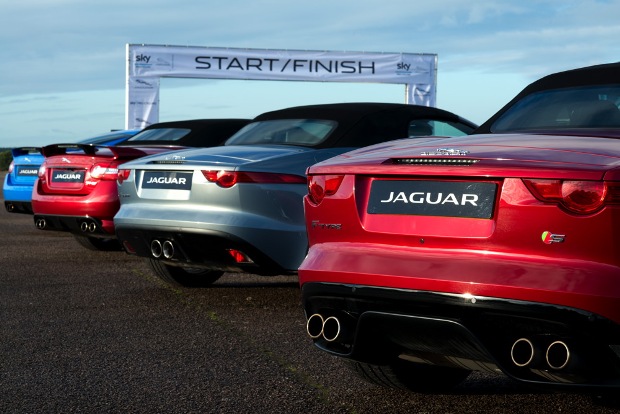