The starting field takes shape with plenty of stars in the line-up.
We’ve got 19 teams of 8 riders each, for a total of 152 contenders. The starting grid is starting to take shape for the 72nd Tour de Pologne UCI World Tour, which kicks off on Sunday, August 2nd from the capital city of Warsaw with a 122-km stage suited to sprinters.

It’s a high calibre, international field of starters. Highlights among the names registered for the race include hometown idol Michal Kwiatkowski (Etixx – Quick Step). Everyone is looking forward to seeing Kwiatkowski, who came in second in 2012. He will have the honour of riding along the streets of Poland wearing the World Championship jersey. As far as others in the running, there are names like Italian Fabio Aru (Astana), who was second this year in the Giro d’Italia; another Pole, Przemyslaw Niemiec (Lampre-Merida) and the Spaniards from Team Movistar Ion Izaguirre, who came in second in 2013 and 2014; and Benat Intxausti, who was third last year.

Other stars lining up for the start include Frenchman Christophe Riblon (Ag2r La Mondiale), who won two years ago on the major Dolomite mountain stage of the Tour de Pologne with the arrival at passo Pordoi; and Moreno Moser (Cannondale-Garmin) winner of the 2012 Tour de Pologne. Then there is Andrey Amador (Movistar), fourth at the 2015 Giro d’Italia; Diego Ulissi (Lampre-Merida), Davide Rebellin and Maciej Paterski (CCC Sprandi – Polkowice); Davide Formolo (Cannondale-Garmin), Rinaldo Nocentini (Ag2r la Mondiale) and many more.

In the sprints Marcel Kittel (Giant-Alpecin) will be the one to beat. He has already won 4 stages in the Tour de Pologne during his career. Other sprinters along for the ride will definitely include Andrea Guardini (Astana), Sacha Modolo, who won two stages at the Giro this year; as well as Roberto Ferrari (Lampre-Merida), Giacomo Nizzolo (Trek Factory Racing), Luca Mezgec (Giant-Alpecin) and the young Australian Caleb Ewan (Orica GreenEdge)

And of course, in keeping with tradition, this year the Tour de Pologne will once again be the perfect place for up and coming young talents to shine and carve out a name for themselves among the greater cycling public.

Of course, Poland will also be heavily represented, with Polish riders determined to give it their all on their hometown roads in front of their fans. There will be 16 Polish riders at the starting line: 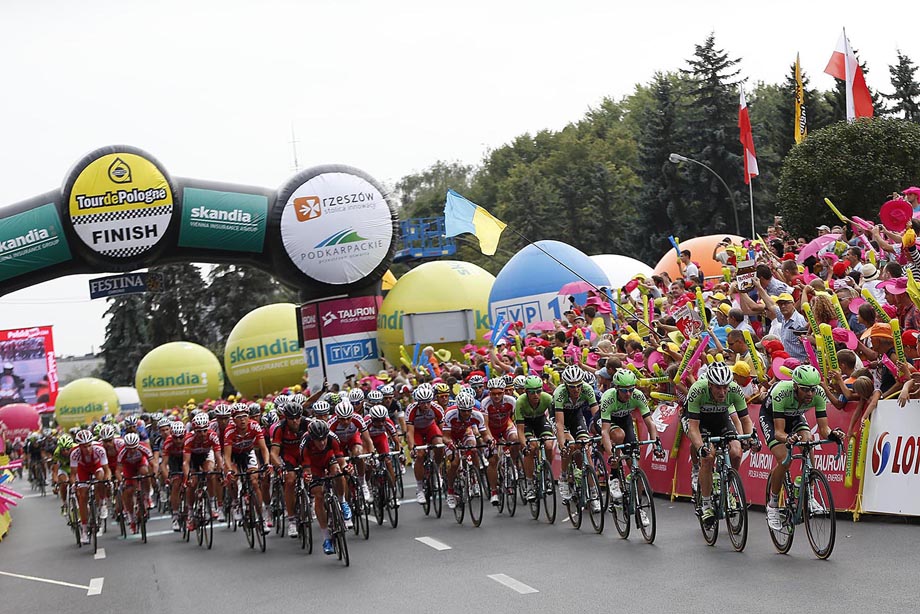 Back to the USA for Drapac