It’s with much sadness that we report the death of former six day and road star, Germany’s Andreas Kappes at just 52 years of age. He was stung by a bee whilst on cycling team management duties and died from ‘allergic shock’ on 31st July. 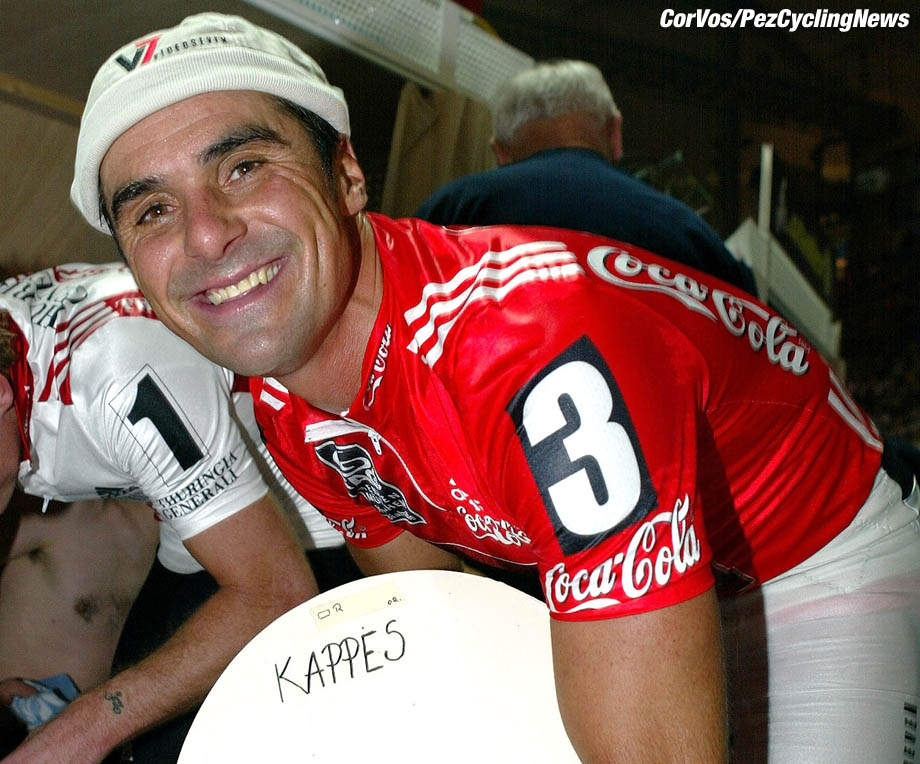 Kappes was one of the all-time great six day men, rated 18th in the last edition of the six day results ‘bible’ – ‘Statistieken.’ Off 122 starts he recorded only two DNF and scored 24 wins, 24 second places and 26 third places. Of those 24 wins, 13 came with Belgium’s Etienne De Wilde off 30 starts, making them the 11th most successful team in history – the Swiss duo of Bruno Risi and Kurt Betschart are the most successful with 37 wins off 130 starts.

His career was also noteworthy for it’s longevity, from 1987 to 2008 – Danny Clark had the longest career, from 1974 until 2000. He is ‘recordman’ on rides at Bremen – his home city – with 22 starts but despite his six wins there he’s not ‘recordman’ on victories with that honour going to Dutch six day great, Rene Pijnen on seven wins. 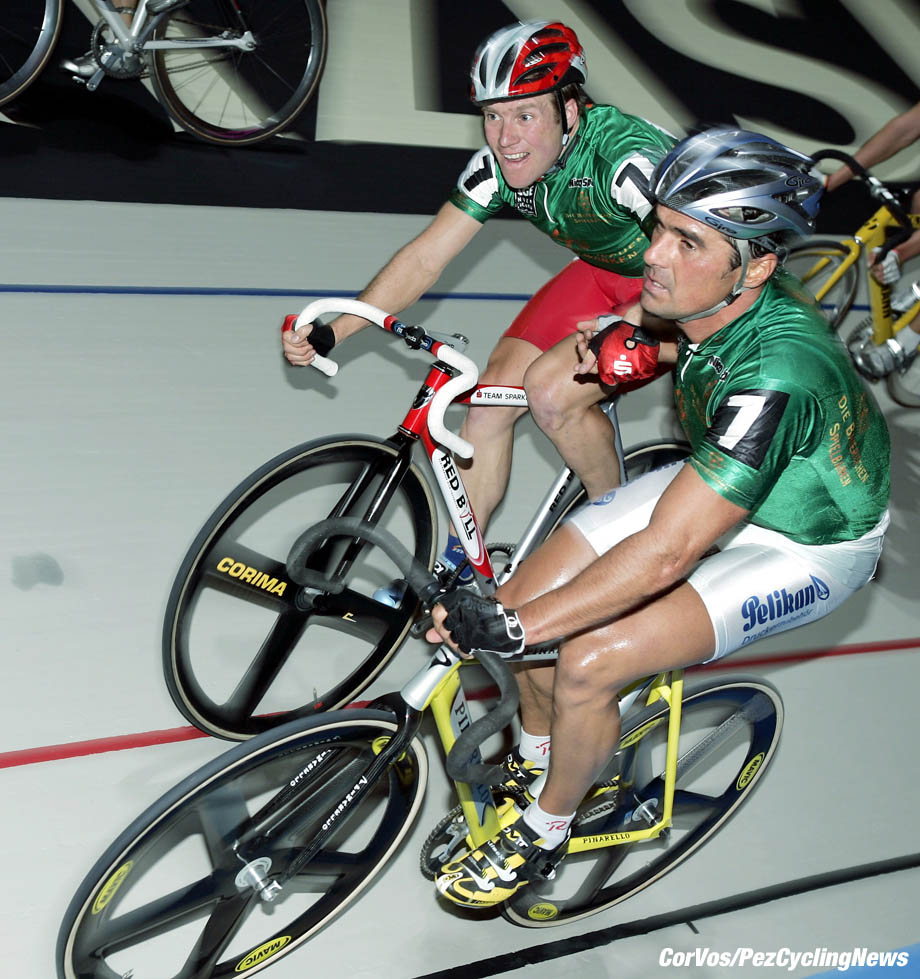 And whilst Kappes’ first big success came on the track, winning the World Junior Points Race title in 1983 he was also a gifted road rider with the season-opening Omloop Het Volk and multiple stages – including one in the Giro – to his credit. He was an Olympian at Los Angeles in 1984 with his pro career beginning with the West German, Buss team in 1987; but he was snapped up by Toshiba and finished the year with stage wins in the Ruta del Sol and Red Zinger (USA) stage races.

Still with the French team for 1988 he scored stage wins in the Midi Libere, Paris-Nice and Giro.
He won his first Bremen six in 1989, again with Toshiba, as well as the six days in Dortmund and Munich.
On the road he won Paris-Camembert, the Ronde de L’Oise and two stages in the Tour of Switzerland – and managed a top 12 placing in the Tour of Lombardy. Toshiba again in 1990 with winning the Cologne six as the hi-lite. He transferred to Belgian team Histor for 1991, took the prestigious one day Spanish race the Trophy Luis Puig, Omloop Het Volk, a stage in Paris-Nice and was second in the tough GP Plouay.

On the track there were six day wins in Cologne, Bremen, Munich and Stuttgart. He won Bremen again in the colours of Telekom in 1992; and was with Mecair-Ballan for 1993 with a win in the Stuttgart six day and an impressive 13th spot in the World Road Race Championship in rain sodden Oslo behind Lance Armstrong. 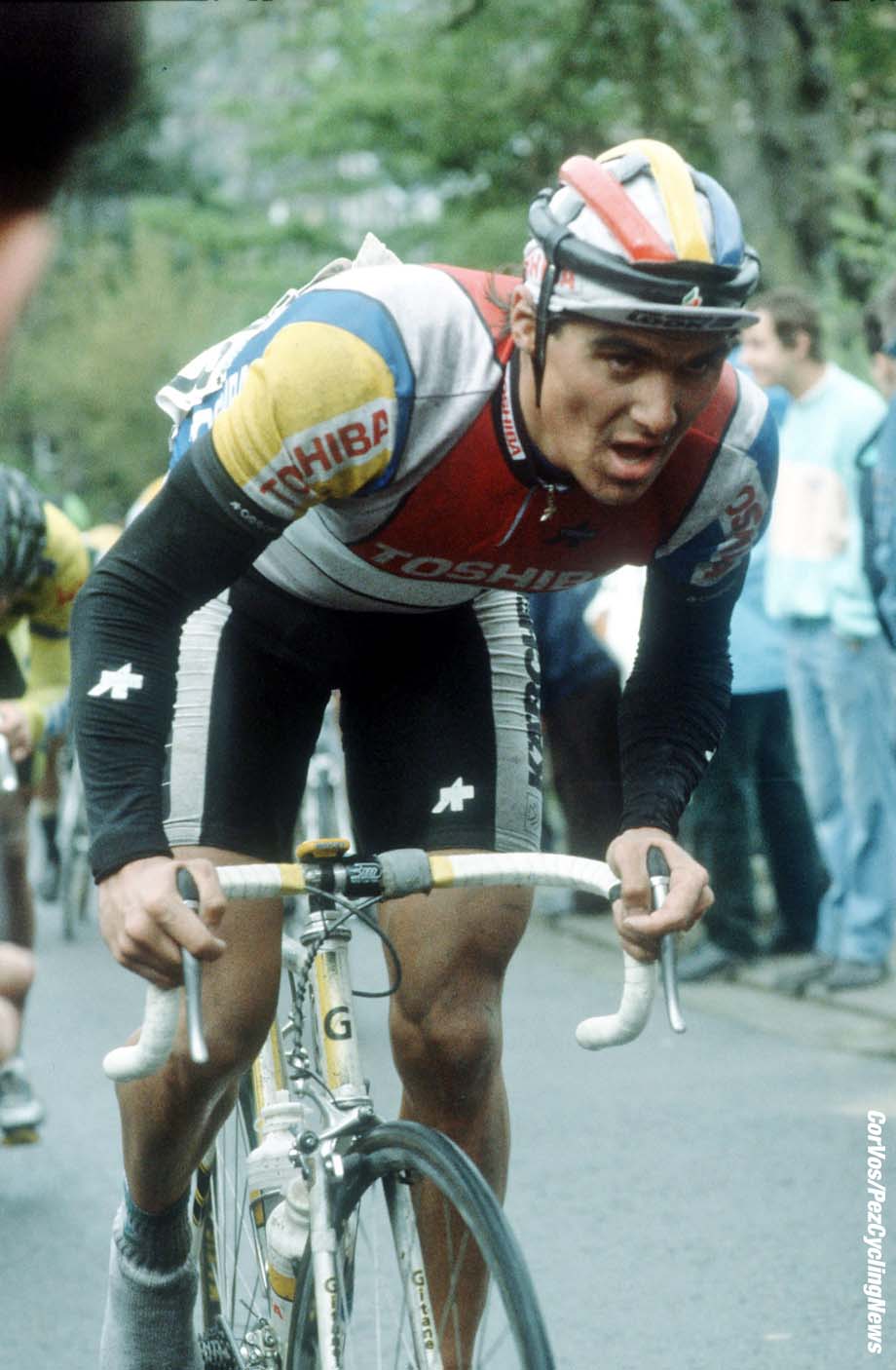 In 1994 with Trident he was back on the podium at Het Volk and won stages in the Dunkirk Four Day and Tour of Switzerland – and there was another win in Bremen. In 1995 he was in the colours of Italian team, Refin winning the Gent six day and the hotly contested and lucrative Coca Cola criterium series in Germany. He remained with Refin into 1996 and won in Cologne again as well as taking a stage in the GP Tell in Switzerland. With Mediapark Koln for ’97 he won the Bremen and Stuttgart six days. German squad Gerolsteiner in ’98 and wins in the Cologne and Leipzig six days with only points race master Juan LLaneras able to best him in the Worlds. Agro Adler was the name on the jersey for the next three seasons and in ’99 there were wins in the six days of Berlin, Munich and Stuttgart – and a stage win in the Deutschland Tour. The Bremen six day fell to him in 2000, as did Stuttgart. There were no wins in 2001 but he made the podium in Berlin, Bremen, Dortmund, Gent and Stuttgart. In 2002 he followed the route of many six day men of the era and rode for ‘personal’ sponsors, recording his penultimate six day win in Dortmund. The following year saw him win the European Madison Championship with Andreas Beikrich and still be able to burn up the German criterium scene. It was 2004 when he won his last six day, Stuttgart with Beikirch and Gerd Dorich [three man teams] with podiums too in Bremen, Berlin, Dortmund, Munich and Gent.

In 2005 he was still active on the German criterium circuit and was second in the Stuttgart six day. A year later, in 2006 he won the German Derny title to add to the stayer title he took in 1999. It was 2008 when he finally called time after winning a Derny paced race in Rhede. His career was winding down just at the time I started working at the six days but remember being excited about being in the presence of one of my six day idols. With that tan and thick black hair he always looked a million dollars. The last time I saw him he was working as a mechanic at the London Six Day; I meant to get an interview but never did. A big mistake on my part, that opportunity has now gone forever. 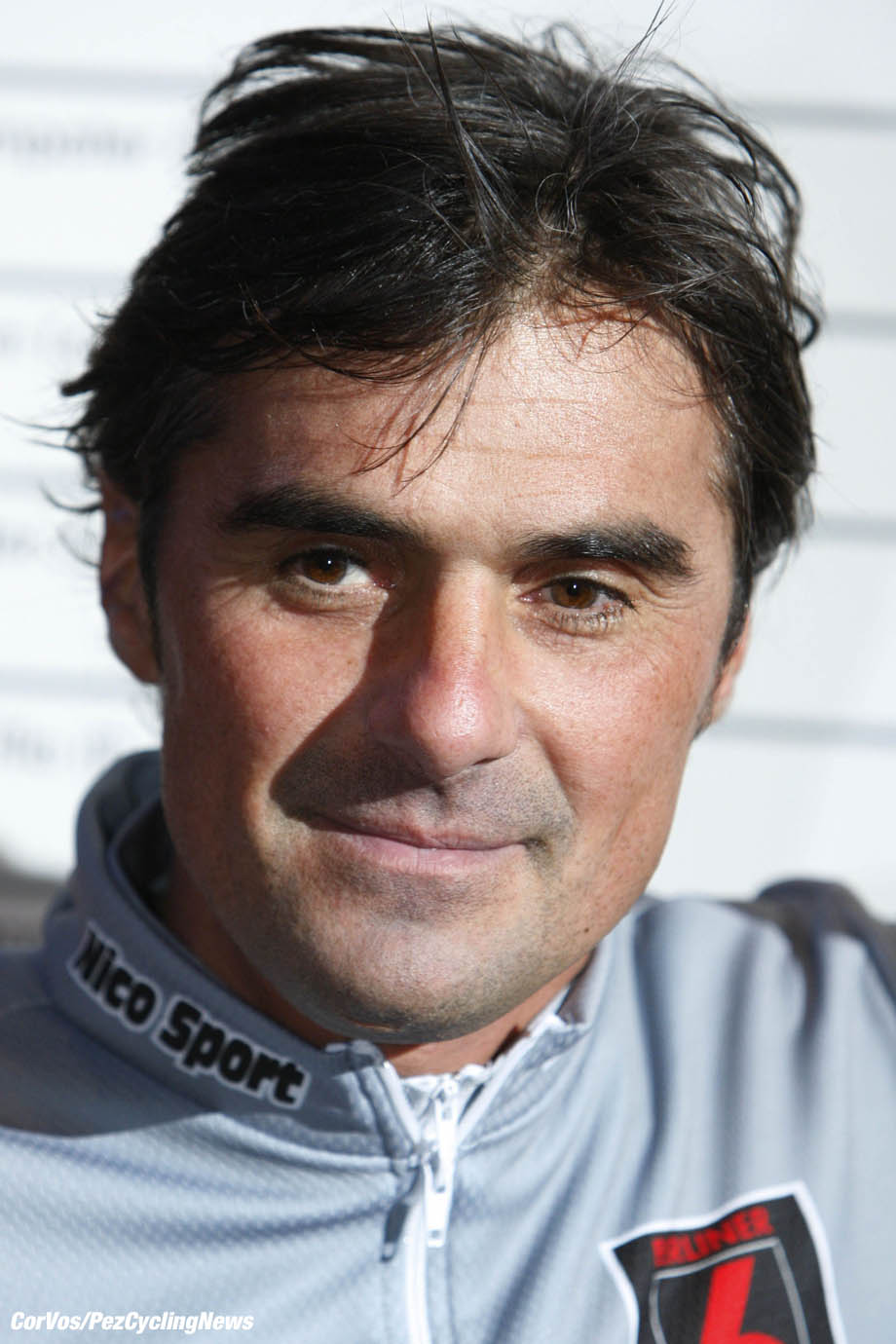