Road to Tour de Pologne: A Look at the Wild Card-Gazprom RusVelo

After the Giro d’Italia they are ready to give battle in Poland, too.
Team Gazprom-RusVelo is one of the Professional Continental squads that has received a Wild Card invitation for the Tour de Pologne – UCI World Tour 2017, which is scheduled from July 29th to August 4th. The Russian squadron recently came away from their adventure at the Giro 100 with great enthusiasm, after battling it out on the pink roads for the second year in a row. And now for the second year in a row the roads of Poland will also be expecting team Gazprom-RusVelo. 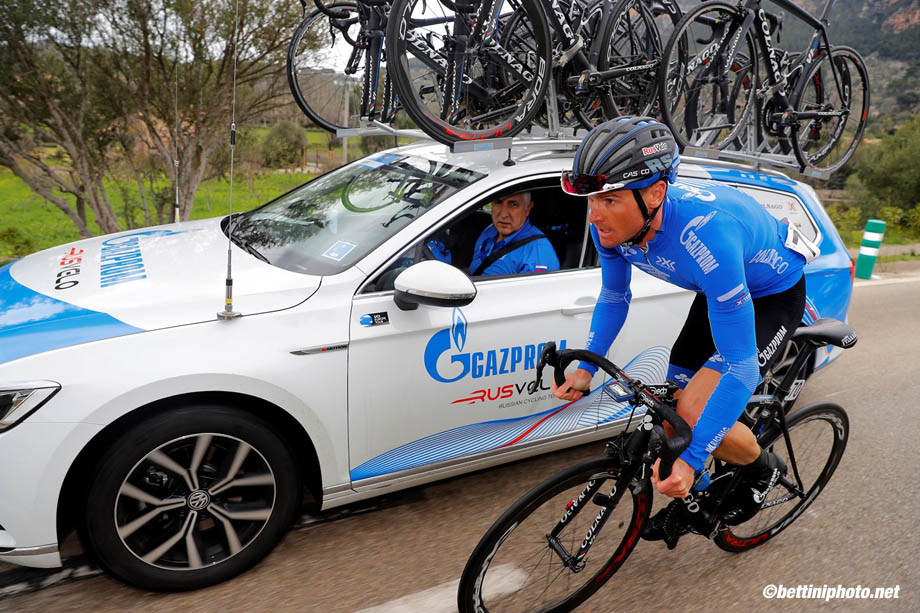 “This is a solid and competitive squad that has always been able to carve out an important space for itself it at the races in which it participates. This year they have already taken part in several World Tour races, including Sanremo, Harelbeke and even in the Giro d’Italia, always proving to have what it takes in any situation. I think that in Poland as well they will give their contribution in sporting terms to make the race spectacular and well fought. Then I think that it means a lot for a team from Eastern Europe to figure well in what is the most prestigious race in this part of the continent. Furthermore, they will be riding bicycles by my great friend Ernesto Colnago, with whom for many years I’ve enjoyed a relationship of reciprocal esteem and collaboration, and I’m very happy about this,” explains the General Manager for the Tour de Pologne, Czeslaw Lang.

Following is an interview with the General Manager from team Gazprom-RusVelo, Renat Khamidulin. 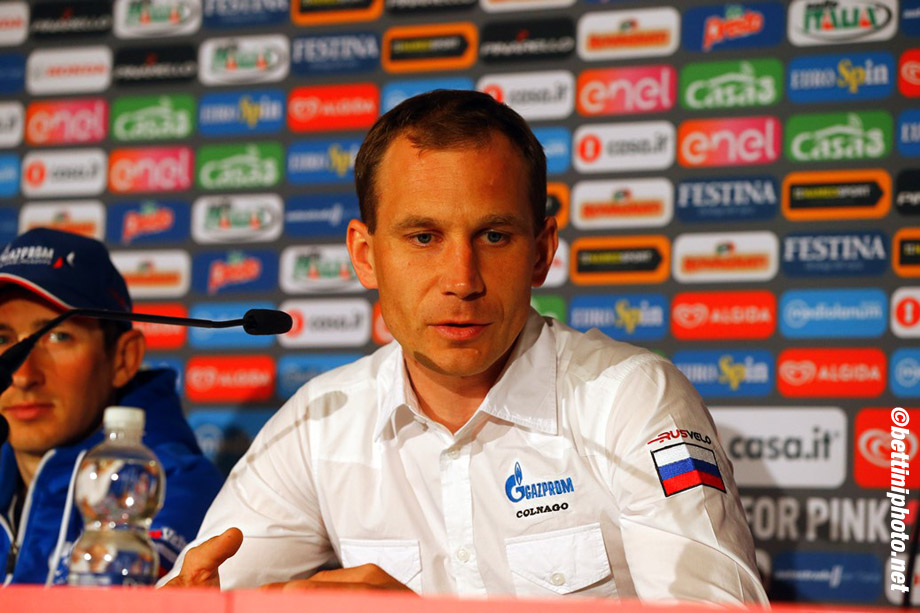 Let’s start with the Giro d’Italia; what was your team’s experience in the Giro 100 like?
“The entire team management shares the view that our participation in the 100th anniversary of the Giro d’Italia was successful. Compared to last year, we couldn’t pull off a stage-win, but we were the most aggressive and active team in the Italian GT. During 17 stages Gazprom – RusVelo never fell off the radar. So we definitely made our mark in the history of the Giro d’Italia.”

After Italy, now you have been invited to return to Poland again for a third year, the second one in a row. What role does the Tour de Pologne play in the season for team Gazprom RusVelo?
“Since the Tour de Pologne is a part of the UCI World Tour, we consider it our primary summer race. It is also the biggest cycling event in Eastern Europe, with a long history, which also increases its significance.” 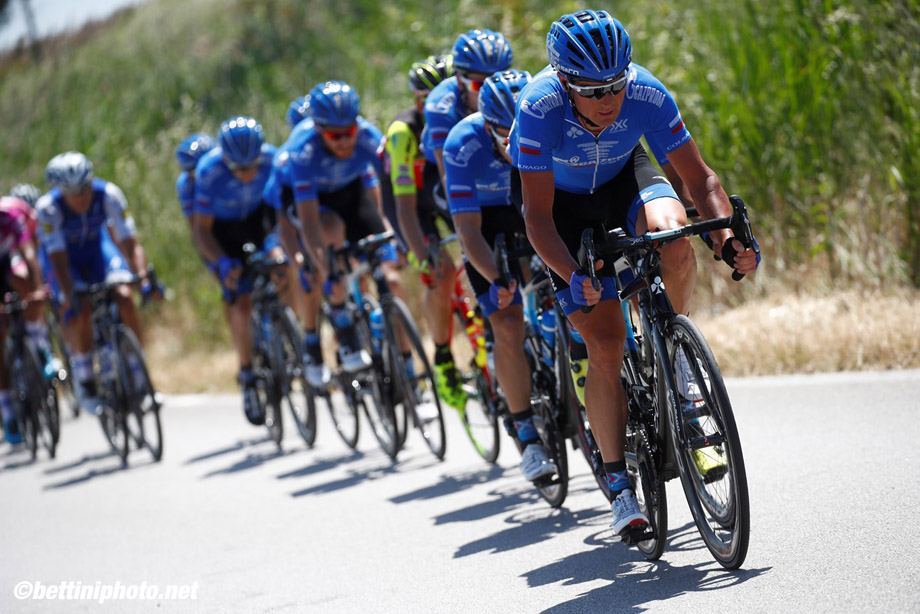 What did you think about Poland in the past editions? What aspects of the Tour de Pologne most impressed you?
“It is always a huge pleasure to participate in the Tour de Pologne, due to its impeccable organization and the enormous number of cycling fans who show up for every stage. In my view, the Polish race has developed its own unique image and it can’t be confused with other races. The friendly atmosphere and colourful balloons along the roads definitely make the race distinctive.”

Have you already decided which riders will take part in the Tour de Pologne, or in any case who will be the most important men around which to build a team?
“The line-up for the race was defined a long time ago, but of course, there may be some substitutes, as we need to be sure that every rider is in great shape and is ready for a fierce competition. We did not choose one particular leader for the Tour de Pologne, but we expect our group of sprinters to fight for the stage victories.” 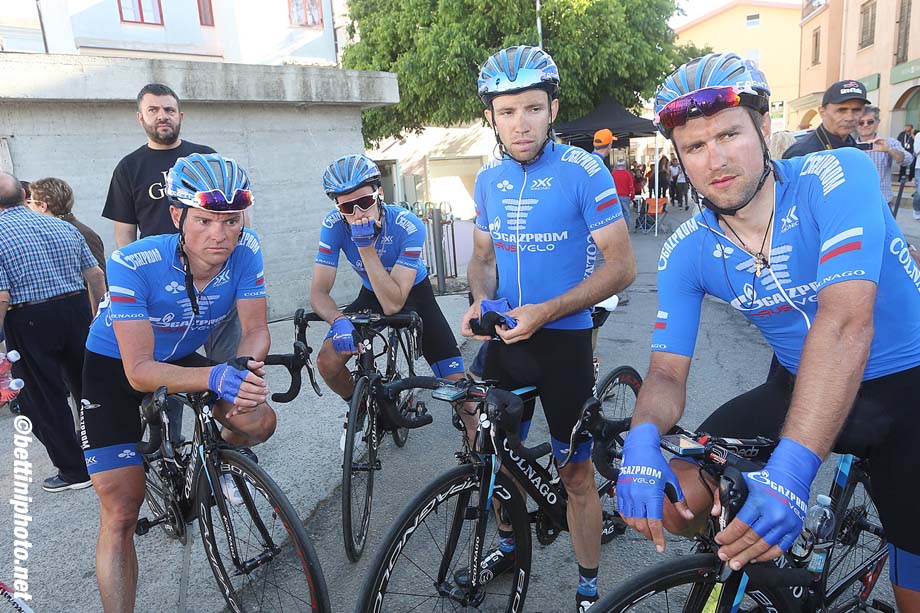 What is the team’s schedule like from now until the big date with the Tour de Pologne, in particular for those riders you will be taking to Poland?
“We have just come back from the National Championship in Russia and the team is going to compete in four more races in July: Tour of Austria, Trofeo Matteotti, GP Cerami and Tour de Wallonie.”

Who will be following the squad in the team car on the roads of the Tour de Pologne?
“Our first and most experienced sports director Paolo Rosola and I will follow the squad together.”

Obviously, as always, the team will be giving it their all; but is there a particular goal which you think is possible to obtain in the next Tour de Pologne?
“As in every stage-race, the main aim is to fight for the highest place in the overall classification. The secondary goal is to be active in every stage, not just to be sitting on a wheel, but to control the racing situation and try to claim stage-victories. We value the organizers’ invitation and look forward crossing the starting line in Krakow.”