Tuesday, the 18th of February, Tinkoff-Saxo will be participating in the Tour of Oman consisting of 6 stages between 145 and 170 kilometers and no time trials. Tinkoff-Saxo’s line-up is Roman Kreuziger, Daniele Bennati, Karsten Kroon, Manuele Boaro, Matti Breschel, Christopher Juul-Jensen, Michael Mørkøv and Nicolas Roche. A powerful group of riders who will all be a part of the spring classic campaign and they’ll be supporting Roman Kreuziger targeting a top spot in the GC.

It’s also the first race of the season for Nicolas Roche and we had a chat with him asking him these questions:

How have you been preparing for the new season?

“It’s been a difficult winter after being injured in early December. But I have spent the last month in Gran Canaria. Firstly with the team and I stayed an extra 20 days after that to make sure I could optimize training in January in order to catch up. This way, I could avoid loosing even more training time caused by bad European weather and risk crashing or getting sick.”

“I like it a lot! Especially the long sleeve jersey with the yellow sleeves. In General, I think it’s bright enough to be spotted in the pack for everyone to notice us.”

Which races will you be doing in the near future?

“In the Spring, I know I’ll will be going to do Tour of Oman, Heroica, Tirreno-Adriatico and Milano-Sanremo. That’s the plan right now.”

What are the goals and ambitions in the first races of the season?

“At the moment I still need to find form, continue working and I’ll be focusing on helping the team and our captains in the best shape. We have some riders who are in peak shape in these races and it will be very important to give them a maximum of support.”

How are you preparing mentally before a race?

“I don’t have a special technique. It can vary based on my mood. But definitely coffee in the bus and music are the indispensables, but very often I also read or watch a DVD, talk with the guys in the bus during traveling. Often before the race, we are traveling so we have to adapt to the bus situation so depending on the length of the journey you can do multiple things onboard to get in the right spirit.”

What are you looking forward to the most this season?

“I’d have to say I’m looking very much forward to be doing the Giro in my home country of Ireland. It’s a very special occasion and probably a dream come true for most riders launching a Grand Tour on home soil. And as always, the Tour de France is at the top of list of races to be looking forward to.” 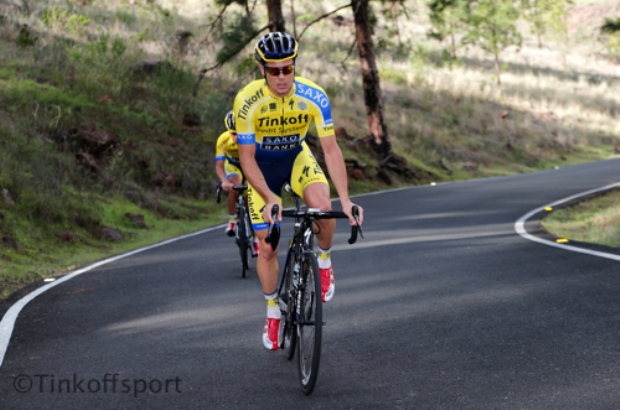