Jaime Rosón has continued to show he is one of the hottest new prospects in Spanish cycling with a strong 2nd place in today’s mountain-top finish of stage two of the Vuelta Castilla y Leon (2.1).

The 24-year old rider, who hails from the province was passed in the final 300m by Frenchman Jonathan Hivert of Direct Energie.

Rosón now lies second overall in the generall classification as the race heads toward its final stage from Ponferrada to Leon tomorrow. Comeback kid, Miguel Angel Benito will be relying on home support on the 145km test as the race finishes in his hometown.

Jaime Rosón: “I didn’t really attack as such, I just put down a hard rhythm from the bottom of the climb and stayed within my limits. I was watching my watts and riding steady for the last few kilometres but with 300 metres to the line Hivert came around me and I couldn’t react.

I’m pleased with the result, this year I have taken a step up and have shown what I can do. I’m just a little dissappointed that I couldn’t get the win for my teammates because they did so much good work today.

It will be difficult to gain time tomorrow because the final hill is a bit too far out and Hivert has a strong team to defend his lead. Nevertheless, we are happy with our performance here.” 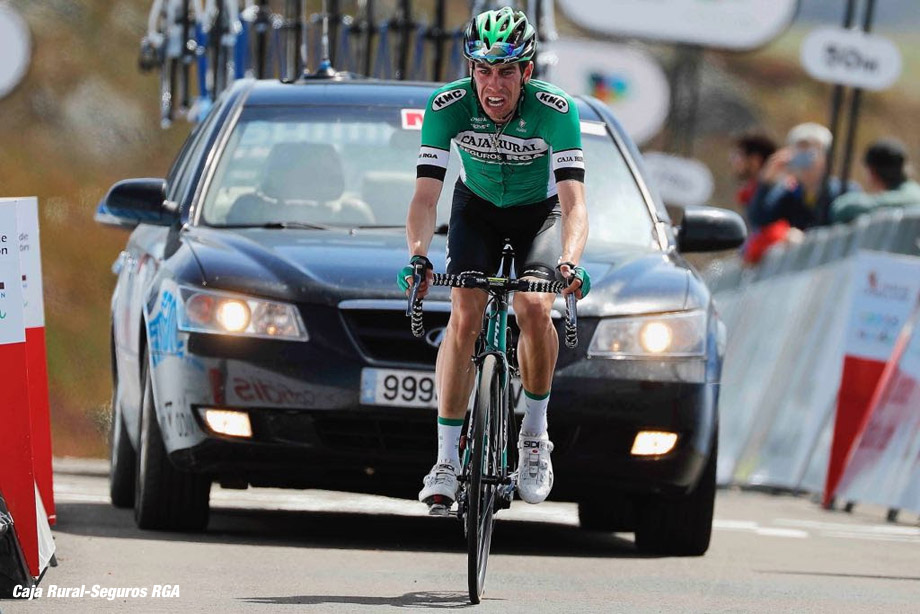