The BMC Racing Team has announced its six-rider roster for the Aviva Tour of Britain, which begins Sunday.

Joining them is Dylan Teuns, who finished 10th overall at least year’s Tour of Britain. Swiss national road champion Danilo Wyss, Tour of Austria stage winner Rick Zabel and stagiaire Floris Gerts round out the roster for the eight-day race. 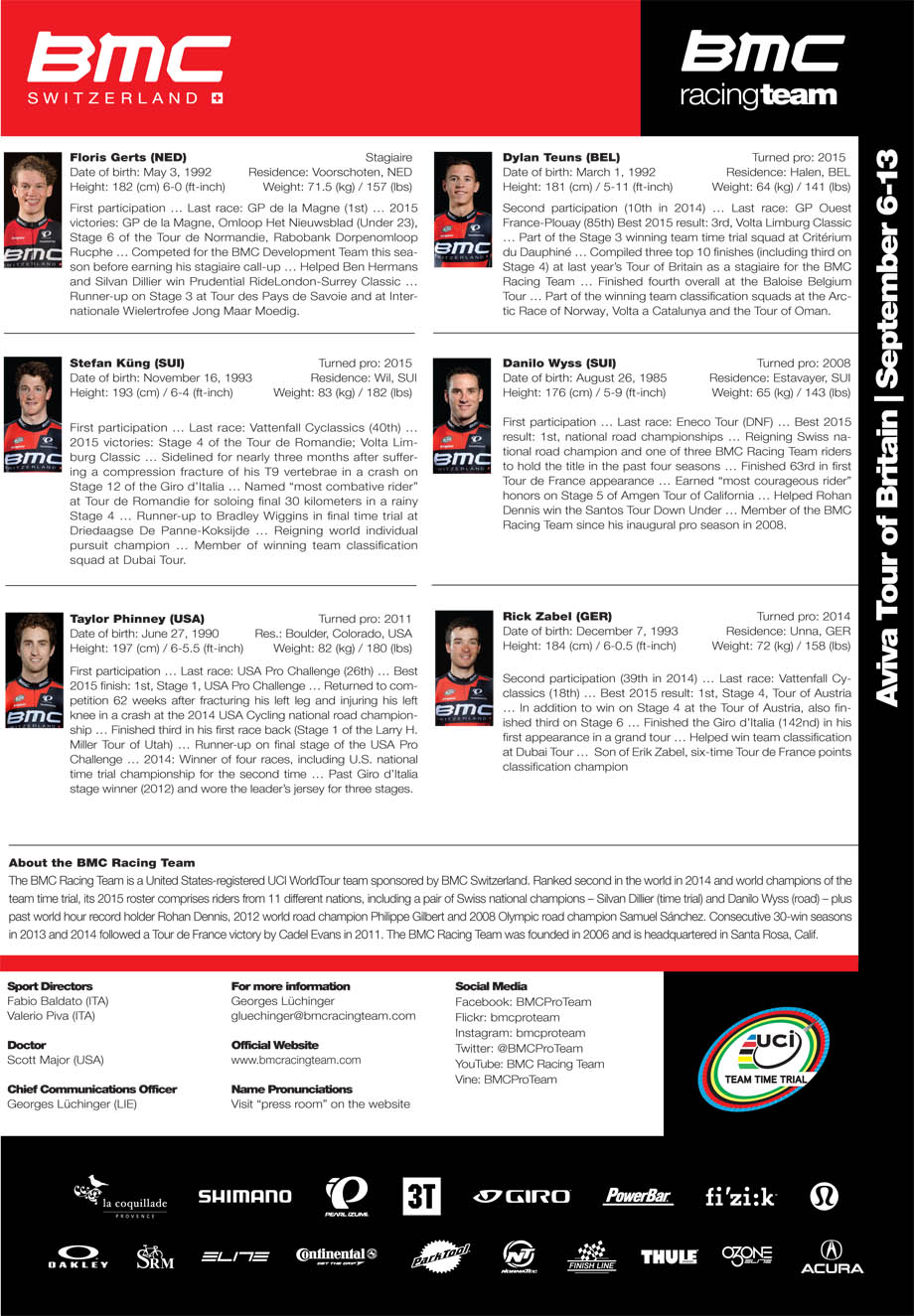