Rui Oliveira came oh-so-close to stealing away his first victory of the season Friday from a seasoned veteran at the Joe Martin Stage Race.

The first-year Axeon Hagens Berman Cycling Team rider was edged out by former WorldTour racer Sebastian Haedo (UnitedHealthcare Pro Cycling Team) in a photo finish at the end of the 176-kilometer race that started and finished in Fayetteville, Arkansas. 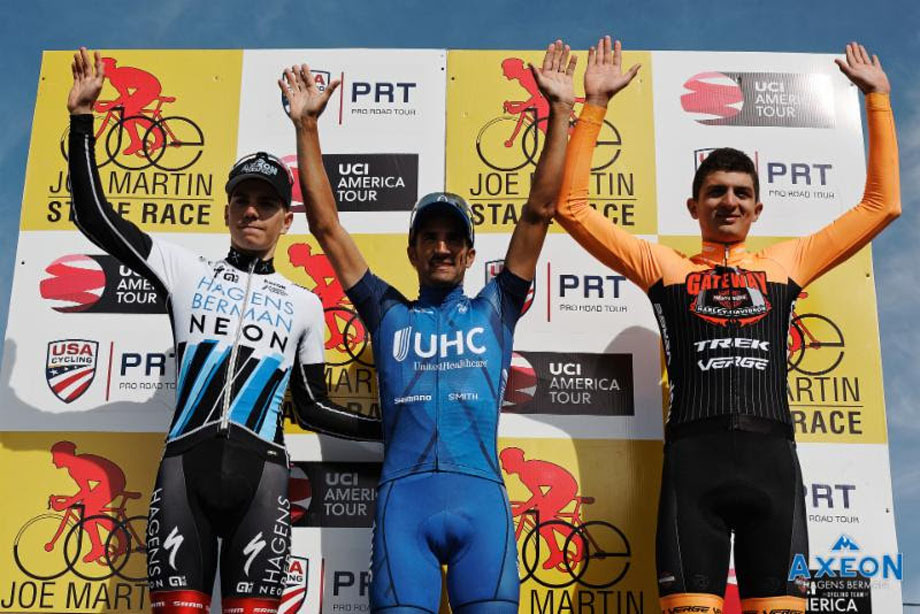 Haedo, 33, earned his third career stage win in as many years at the USA Cycling Pro Road Tour event while denying one from the 20-year-old from Portugal who is racing in the United States for the first time.

“On one side, I am happy for being there at the finish. It means I am in good condition,” he said. “But on the other side, to lose by centimeters is very frustrating. I was so very close to my first UCI victory.”

Axeon Hagens Sport Director Jeff Louder called it a “tremendous” result for the track specialist who missed half of the 2016 season after breaking his femur.

“It is always heart-breaking to be so close,” Louder said. “But at the same time, Rui was not even walking that long ago. So to turn around and be on the podium of a UCI race is really great moving forward.”

Separated Before The Sprint
After the day’s breakaway was swept up in the final 10 kilometers, Oliveira said he got in position for a finish that the team had surveyed by car Thursday night.

“I was going to lead out Ricey (Michael Rice), but the finish was really confusing in the last kilometer because there were so many corners,” he said. “Suddenly there was a gap of three guys and I was one of them. I was wondering if I should wait or stay there. I think I made the right decision to be in the first group. When the first guy launched his sprint, I launched mine too. I gained a few meters on him and was thinking maybe I could win. I was giving everything I could to try to win, and the line was coming, coming, coming. But in the last five meters, I came up just short.”

Rice, who finished seventh and in the same time as the stage winner, said the long uphill drag to the finish line certainly suited him. The 21-year-old Australian won his first race of the season last Sunday at the San Dimas Stage Race.

“Rui and I were both well-positioned and then the last 500 meters, I got a bit lost in the chaos of the race,” he said. “That is just the way racing goes. You can’t win every time. The boys worked well in the final and we have two more opportunities the next two days. Plus, the morale has been good.”

Heading into Saturday’s 176-km road race, Stage 1 winner Adam De Vos continues to be tied on time and in the race lead ahead of his Rally Cycling teammate, Robert Britton. Oliveira is best-placed overall for Axeon Hagens Berman, in 18th place, 27 seconds back.

Louder said the finish of Saturday’s race – which is different than last year’s Stage 3 – provides an opportunity for the pure sprinters.

“It is on big, straight roads right into town,” he said. “It is a real bunch sprint type of finale. So it will be interesting. It will be the big boys sprinting, for sure.” 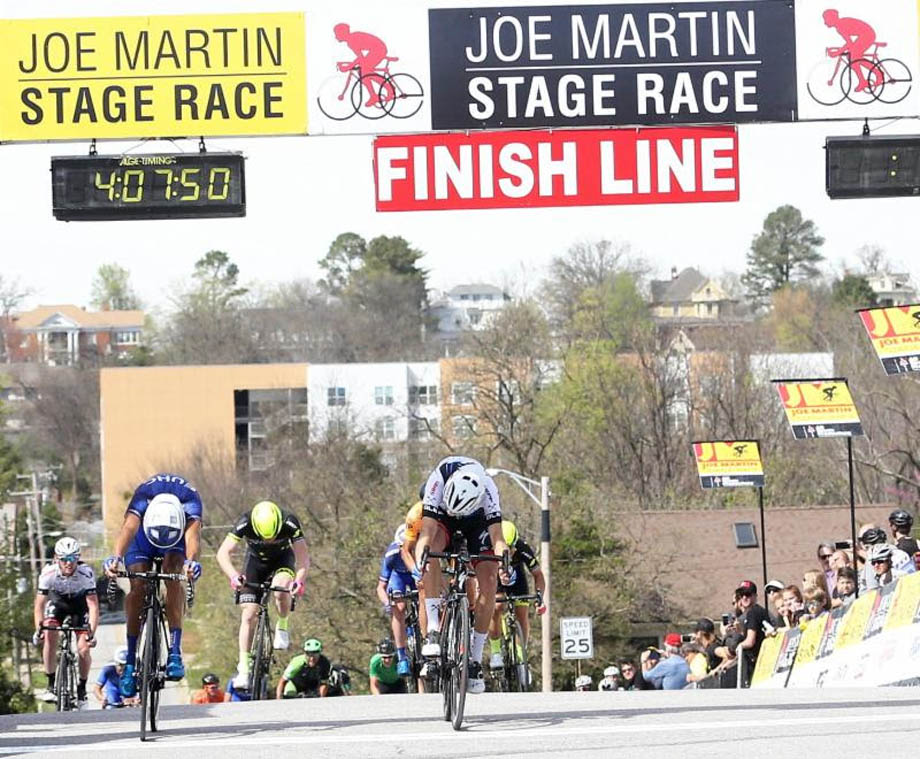 Rui Oliveira (center) lunged his Specialized S-Works Tarmac at the line but was edged out for the victory by Sebastian Haedo. (Photo by Catherine Fegan-Kim/Cotton Sox Photography.) 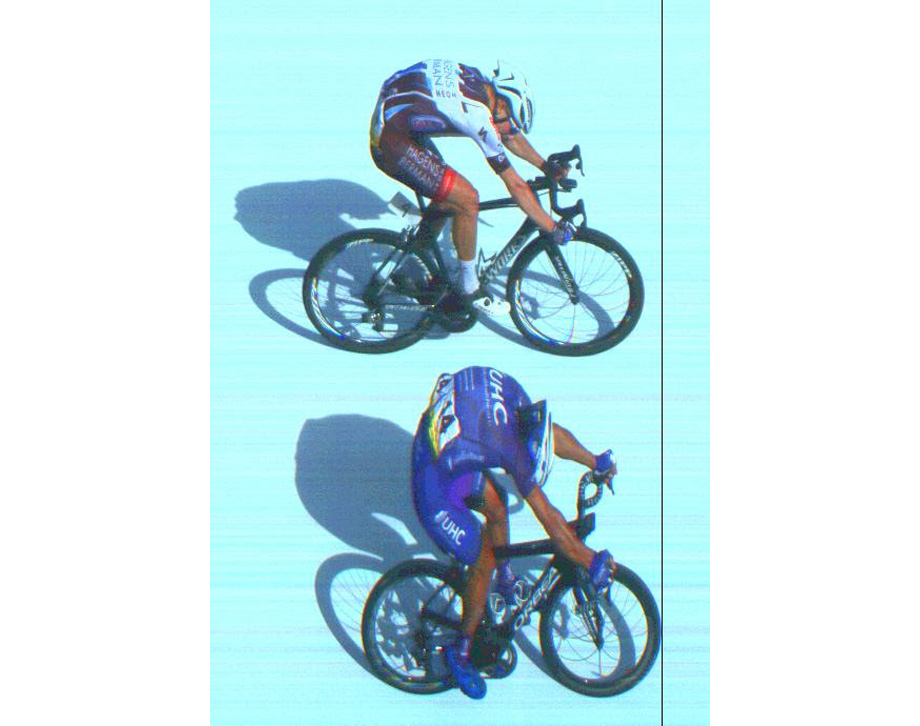 This is how close Rui Oliveira was to taking the win Friday. (Photo courtesy AGR Technology.)

Lotte Kopecky looks ahead to her second Ronde van Vlaanderen