RusVelo at home on the 1980 Olympic course

RusVelo team delivered a breathtaking performance in the queen stage of the Five Rings of Moscow, traditionally a decider for all the principal classifications of the race. 163 km of extremely hilly profile combined with thousands of turns gave the winner’s honors to Sergey Lagutin, who crossed the line just ahead of the RusVelo teammate Andrey Solomennikov. Andrey, winner here just a couple of days ago at the Memorial of Oleg Dyachenko, took over the leader’s jersey; Olexandr Polivoda, a Ukrainian from KOLSS, came in third. Yet another RusVelo rider Ivan Balykin was fourth in just his second career try on Krylatskoye, and came up to third in general standings. Last but not least, RusVelo now is more than twelve minutes clear of the nearest rivals in the team classification. 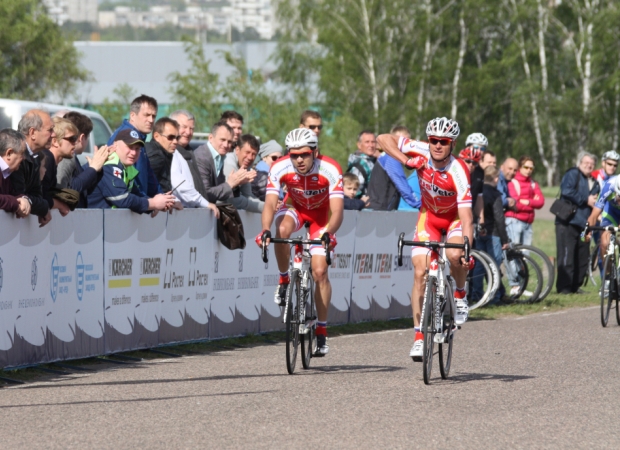 Andrey Solomennikov: “One starting lap was enough to take stock of each other, and from the second lap on the race just burst out. The strong winds stimulated the attacks, and we were happy to have Ivan Balykin at the front, he was high in the rankings and forced the rivals to chase hard. With four laps to go I bridged over to the breakaway, as a result there were three of us RusVelo riders there: Lagutin, Balykin and myself, which made the situation much easier to control. Initially the gap didn’t exceed 30 seconds that didn’t guarantee anything, so we had to put our heads down and give it all; when it grew to 1.30 we started thinking about the jersey. The final today’s outcome was the best one could dream of.”
Sergey Lagutin: “Closer to the finish Olexandr Polivoda had to attack, there was no alternative for him. With Andrey we agreed on one decisive move, a very strong one, and it worked as you see. To win on this legendary course is something special for me, if I’d let it go, I would be extremely disappointed. As a team we really made the best of all the chances”. 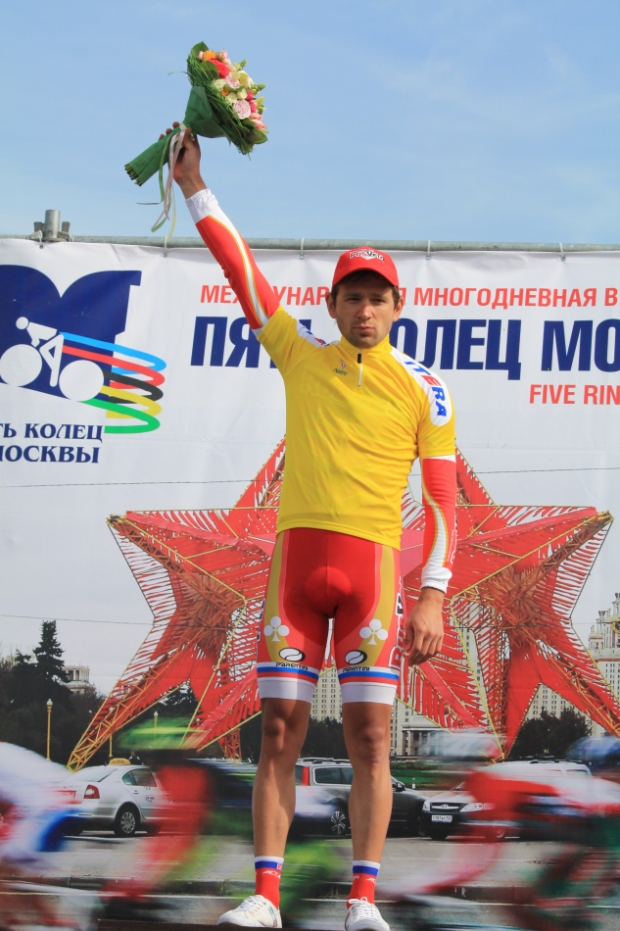 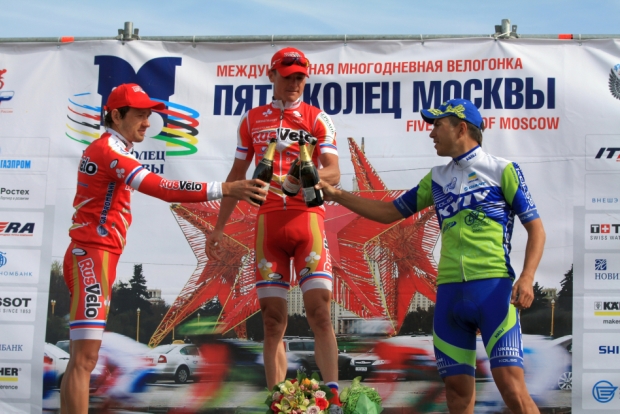 Experience even more for the finish of the Tour de France!