RusVelo’s Ivan Balykin in the breakaway of the day, Leonid Krasnov 14th in the sprint.
RusVelo was in the thick of the battle in the 102th Scheldeprijs, a 1.HC Belgian classic held in the region of Antwerp. Ivan Balykin escaped with another five riders when the speed was extremely high at the beginning of the race, reaching the mark of 65 kmh. Ivan spent a better part of the day in the breakaway, staying in front for more than 150 km with the time gap of up to 5 minutes. The sprinters’ teams caught the escapees mere three kilometers to go. Marcel Kittel (Giant-Shimano) won the bunch sprint, taking the second win in this race in a row, Danny van Poppel came in third, Tyler Farrar finished second. RusVelo’s Leonid Krasnov was 14th, collecting first 4 UCI points this season. 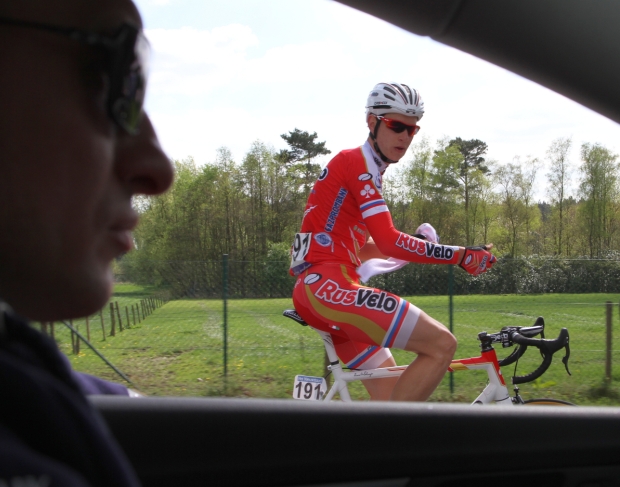 Leonid Krasnov: Ï was leading out our main sprint hope Roman Maikin who took the points jersey of the GP of Sochi just a couple of days ago. Somebody pushed him off and into the wind, I had to take care of the finish myself. There was not much room for meneuvre though, so I couldn’t improve my position. Still I’m pretty happy with my sensations, I hope this race would make a turning point for me this year.” 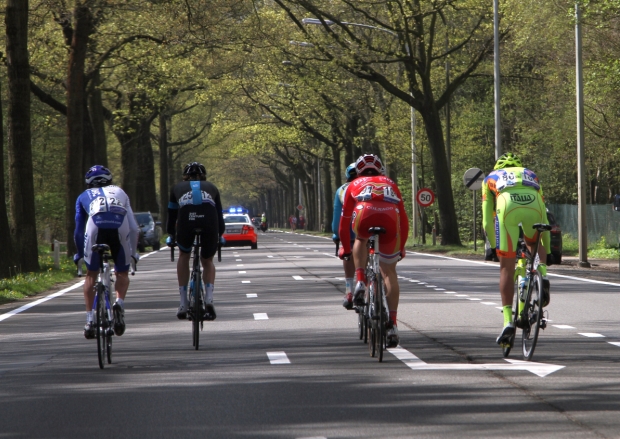 Ivan Balykin: “We managed to go away as early as 15 km into the race. We worked well together; at least as long as we realized that the bunch doesn’t let us create a really big gap. Nevertheless, when we hit the final laps in the city, I started to believe in our chance. Unfortunately, there was no collaboration any more, closer to the finish line. The killer stretch for us was the road along the wide channel – with the front wind that hard our speed was much lower than that of the chasing pack with fresher legs in it. In a sprint from a small group I would have had a good chance, it’s a pity it didn’t materialize, but I feel like keeping trying”. 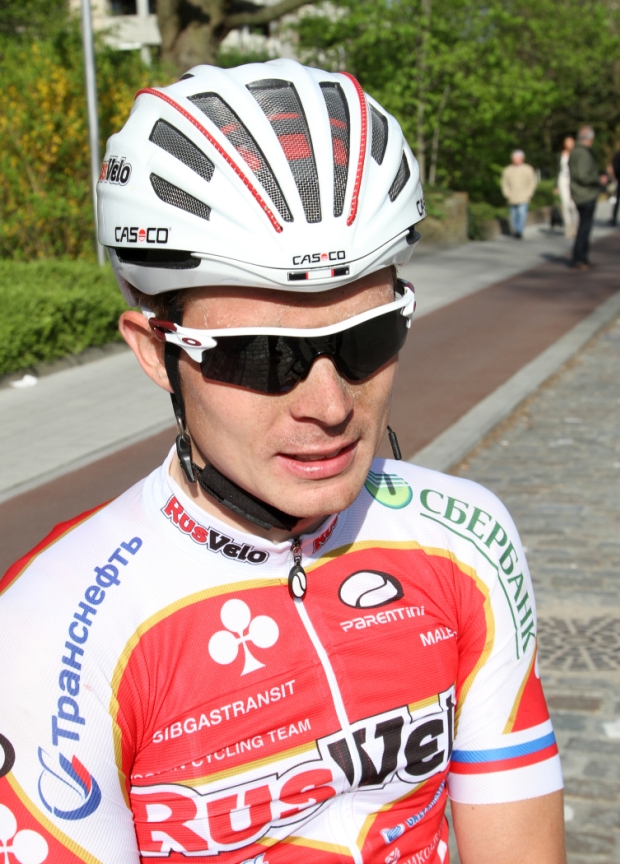 VIP Action At the Scheldeprijs!