A multiple champion of the continent, sprinter Denis Dmitriev took bronze in the team sprint. Teaming up with Nikita Shurshin and Pavel Yakushevskiy, he beat the French team in the bronze medal finals. 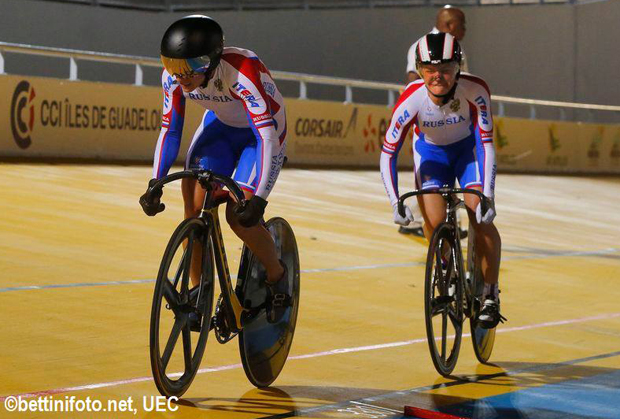 Alexander Serov, Kovalev brothers Ivan and Evgeny and Artur Ershov, who rode the qualification round, won the bronze in the team pursuit. Young rider of the Russian Helicopters Alexey Kurbatov consolidated the efforts of his more experienced teammates. The Russian squad was 3 seconds faster than the French in the finals for the bronze; the British team topped the event as clear favorites. 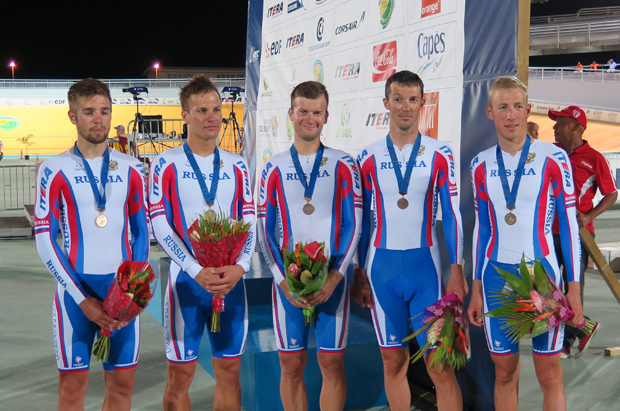 The gold medal went to Elena Brezhniva who won the team sprint with Anastasiia Voinova. In the decisive heat, they overcame the resistance of pre-race favorites Miriam Welte and Kristina Vogel beating them by three tenths of a second. 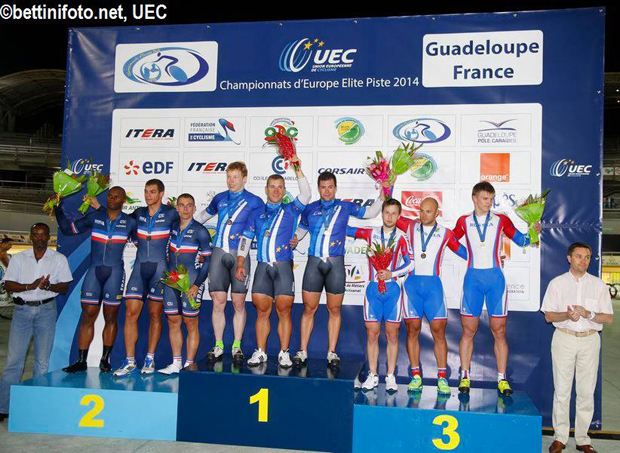