Full gas on the unpaved roads in the heart of Tuscany

The 7th of March will be the day of RusVelo’s debut in one of the most spectacular one-day classics. Slightly less than a month before the very important event, on their way back from the training camp on the Tyrrhenian coast, the Strade Bianche first timers rode 150 km along all the key sterrato sections. The riders and management left nothing to chance, keeping it in mind that to race on these specific roads without a proper reconnaissance means throwing in a towel in advance. There are no riders on this year’s team roster even with a minimal cyclocross experience, so the sports directors Sergey Honchar and Fabrizio Tacchino decided that the team members should be put through an acid test of riding this terrain full gas to see what they are capable of in real racing mode. There were three of them to tackle the bumps and the gravel: Ildar Arslanov, Ivan Balykin, Petr Ignatenko, Roman Maikin, Artem Nych and Mamyr Stash. The weather was on RusVelo’s side – after a long spell of wintry weather, temperatures hitting the maximum of 16 C with clear skies above set in; at the same time melted water stayed in, solidifying the terrain and keeping the dust down. The only modification of a normal road racing bike was to fit it with Tufo Elite Ride 25 tubulars instead of regular 23, still the pressure remained at 10 bar for the bikes to be fast on tarmac.

Here is a selection of post-training quotes.

Sergey Honchar, RusVelo DS: “It was an all new experience for them, and we had every reason to expect they would ride cautiously. And yet they were surprisingly quick to adapt and looked really good. Frankly speaking, I felt a bit envious of them, I used to dream of racing at this terrain as a rider but it never materialized. We hope that loads of specific work we did at the training camp would pay off. Sure enough real racing situations will look quite a bit different, no matter how hard we try to model them, but I wouldn’t ignore encouraging signs I saw”.

Roman Maikin: “That’s the type of a race I like. I never rode on roads like these ones, but in terms of rhythm I’d compare it to Fleche Brabancon. You can be really fast if you find this sweet line between all those ditches. It has to be a weather-dependent race, a rain would turn it into a nightmare. The countless sharp ascents will be an absolute key to success. I’m sure it will be the hardest race of my career so far”.

Ivan Balykin: “It will be a killer race. I’ve had some experience with this terrain, in my under-23 times I rode it as part of Giro Bio, so nothing came as a shock today. It was important for me to study the long section with steep climbs and dangerous which we’ll hit some 50 kilometers to go, it will be a true decider. I hope I’d be able to pass this selection and it could me my type of race in general; what I can hardly imagine is how to climb that steep finishing wall in Siena after all these hours of suffering”.
Artem Nych: “With every climb the legs grow heavier by the minute. It’s an enormously challenging course that will feel far more dangerous in a big bunch, we won’t be able to chose a line like today, we’ll have ride straight through the sand, gravel and potholes, there will be lots of crashes. Positioning is the key to survival, as simple as that”.

Later today the six riders who rode the white roads of Tuscany will fly to Portugal to the start line of the Tour of Algarve. Another part of RysVelo, Sergey Firsanov, Alexander Foliforov, Alexandr Komin, Roman Kustadinchev, Artem Ovechkin Alexander Rybakov and Andrey Solomennikov, will open their racing season in the South of Spain in Vuelta a Murcia. 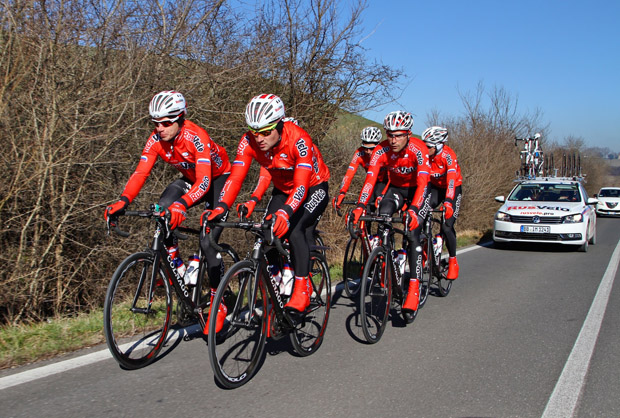 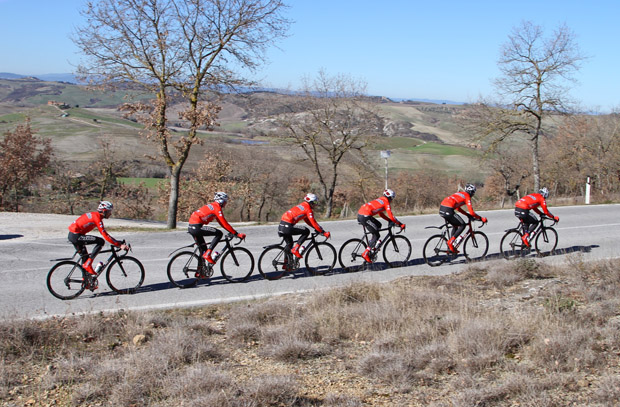 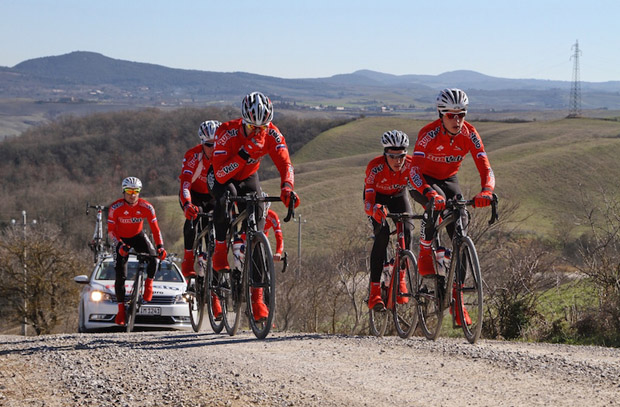 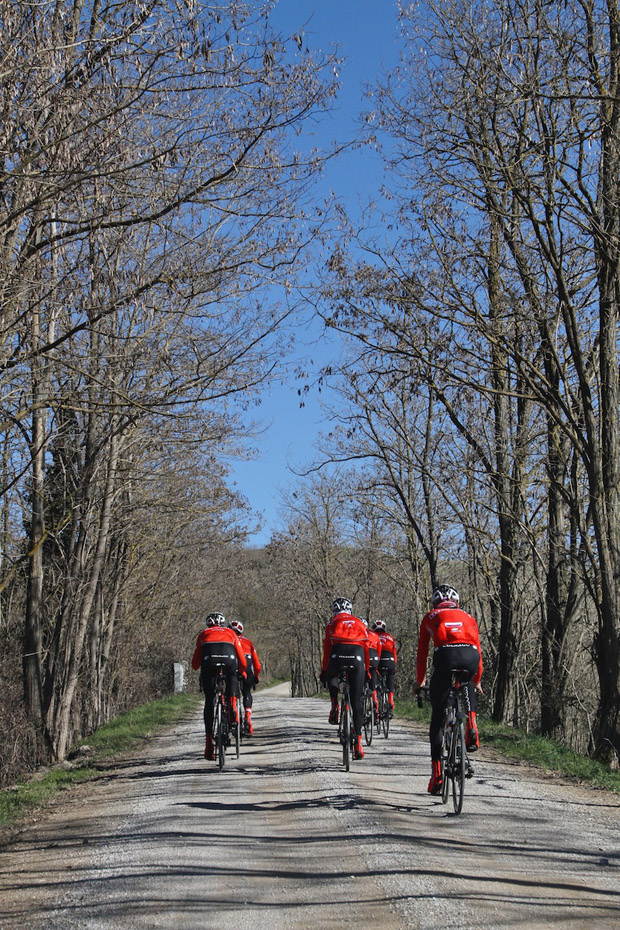