The third edition of three day-long, increasingly popular Colnago Cycling Festival drew thousands of cyclists, fans and their family members to the shores of the Lake Garda. RusVelo team, of which Colnago is one of the most important, strategical technical partners, couldn’t stay away from this kaleidoscopic event.

The counteraction between the organizers and the team took various forms. The mayor and the city administration members of Desenzano del Garda, the capital of the festival, visited the team base situated just a few kilometers away. They were impressed by the level of modern technologies incorporated in the operation of the facility as well as the organizational structure.
The children of RusVelo general manager Renat Khamidulin and sports directors Alexander Efimkin and Paolo Rosola participated in Colnago Baby Bike races with great success, taking podium places.

On the final day, when the festival reached its climax, RusVelo brought team cars to the start line of the Granfondo. Pro team riders Alexander Komin and Alexander Rybakov, riders of mtb squad Nadezhda Antonova and Kristina Kirillova and press officer Sergey Kurdyukov chose between medium and long courses side by side with more than three thousand participants. Sport directors and team mechanics did their usual job. Alexander Komin came in fourth overall, though off the official classification.

Summing up the experiences of these three days, RusVelo management has already started planning an extended participation in the next year’s event. 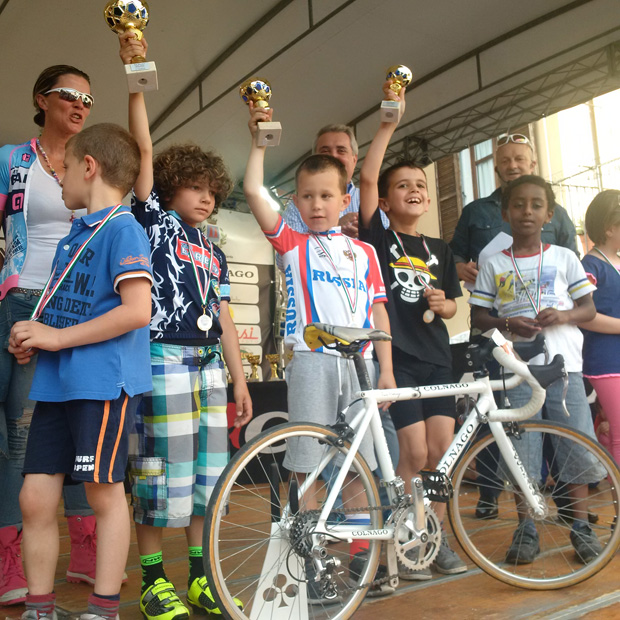 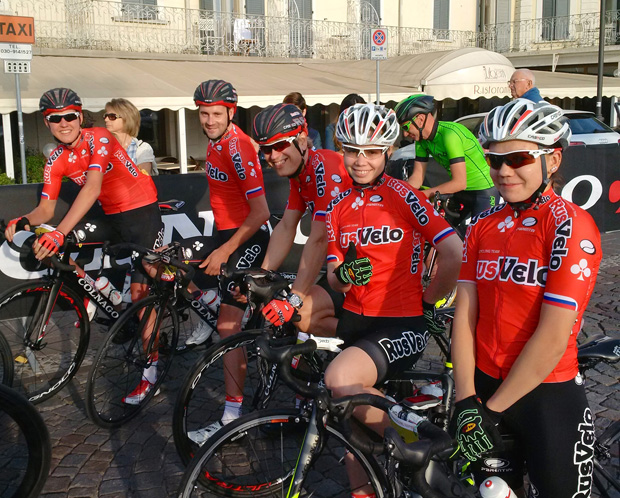