RusVelo rider Igor Boev won the fourth and last stage of Five Rings of Moscow, held on a Sadovoye Circle, 124 km, eight 15,2 km-long laps around the center of the Russian capital. As usual, the race here was decided in a bunch sprint, marked this time by an impeccable lead-out by the Russian team train. Mamyr Stash (Itera-Katusha) finished second and yet another RusVelo sprinter Roman Maikin rounded out the top-3. RusVelo never eased its grip on the yellow jersey keeping the race under control from start to finish. The only counteraction in which the rival teams succeeded was taking the time bonuses in two intermediate sprints, which finally put the Ukrainian Olexandr Polivoda (KOLSS) into third in GC, pushing RusVelo’s Ivan Balykin off from the podium. Two RusVelo riders, Anrey Solomennikov and Sergey Lagutin took first and second in the general individual standings; Balykin, Boev, Sergey Klimov, Lagutin, Maikin, Solomennikov finished 12.31 ahead of KOLSS in the team standings. There was a dead heat of 50 between Igor Boev and the Byelorussian Siarhey Papok in points classifications; still two victories put the Russian one line higher in the final results sheet. It’s the second jersey of the best sprinter for the rider from Voronezh this season, the previous one taken in the Grand Prix of Adygeya, also coupled with two stage wins. Alexander Efimkin, the youngest DS of RusVelo, celebrates his third stage race victory with his team. 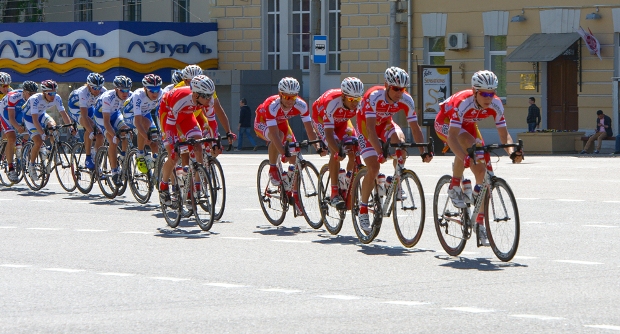 Renat Khamidulin, RusVelo team manager:
“To share this victory with the riders and staff in the heart of Moscow on the Victory Day is truly something special. Summing it all up, we couldn’t even dream of anything better. In these races we came through a very important evolution as a team; now we feel a single whole capable of aiming higher and higher”. 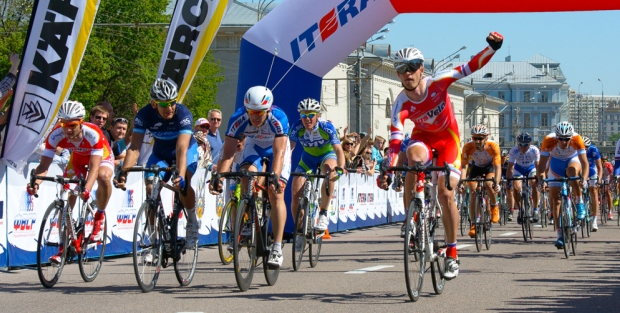 Igor Boev:
“Primarily we focused on defending the yellow jersey; but we also about how great it would feel to conclude this highly successful race on a winning note. So they kept me on the wheel and I was as much a protected rider as Andrey was. Then they gave me that dream lead-out. I’d like to dedicate this win to the team that was fantastic these days”. 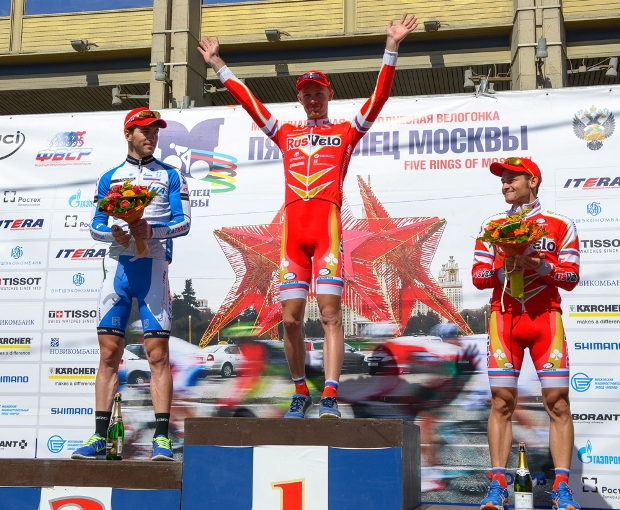 Andrey Solomennikov:
“I rode the Five Rings of Moscow for the fifth time, and this edition was the hardest for me in terms of weather conditions. We rode through the cold rain, then snow, then on the final day, in the heat. Yet in all other respects, the race was nothing more to wish for; the work of the guys was perfect. I didn’t have a shade of doubt that they’ll keep the yellow on my shoulders. Top of the podium on the Victory Day is something I’ll never forget”. 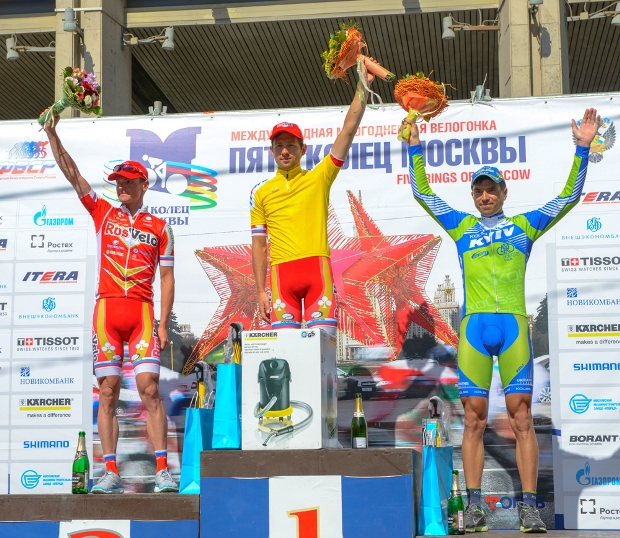 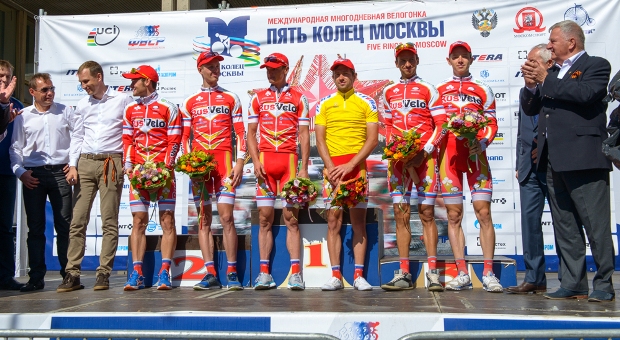