Sam Bewley Re-Signs With ORICA-GreenEDGE
ORICA-GreenEDGE is pleased to announce Sam Bewley has re-signed with the team for an additional year. The young Kiwi joined the team in May 2012 prior to the London Olympics, where he helped the New Zealand team pursuit squad ride to a bronze medal. In the short time Bewley has been with the Australian organisation, he has successfully solidified his place within the pro peloton.

“I’ve enjoyed the last two years with this team,” said Bewley. “They support every single rider, whatever their goals are. Being on a team from the Southern Hemisphere makes it that much more special.”

Michael Hepburn Extends Contract With ORICA-GreenEDGE
ORICA-GreenEDGE is pleased to announce Michael Hepburn has extended his contract through 2015. The 22 year old Queenslander joined the team in 2012 for his neo-pro season and has since developed as a versatile rider within the squad.

“I’ve really enjoyed the last two years with the team,” said Hepburn. “I really like the feel of the team – it’s got a great vibe. My first year as a pro was the inaugural year of ORICA-GreenEDGE, and I am really happy to continue here.” 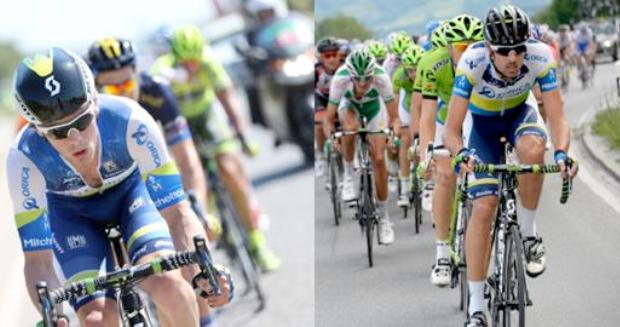 Many options for Colombia at the Trittico Lombardo