Saxo Bank will continue its involvement with Tinkoff-Saxo as co-title sponsor in 2015. The trading and investment specialist and the team have decided to continue the partnership for another year. Saxo Bank’s support will significantly help reinforce the strategy and ambitious goals that Team Owner Oleg Tinkov and Team Manager Bjarne Riis have set for the team in the year to come.

The announcement follows a successful Tour de France for Tinkoff-Saxo, where the team, despite the early loss of previous winner Alberto Contador through injury, won the mountains classification along with three stages. Saxo Bank has partnered with Tinkoff-Saxo since 2008, and Saxo Bank’s decision to once again renew its sponsorship is based first and foremost on the commercial opportunities, which a sponsorship with Tinkoff-Saxo represents. However, the renewed partnership is also based on a genuine wish to support the new owner Oleg Tinkov, Bjarne Riis and the riders. 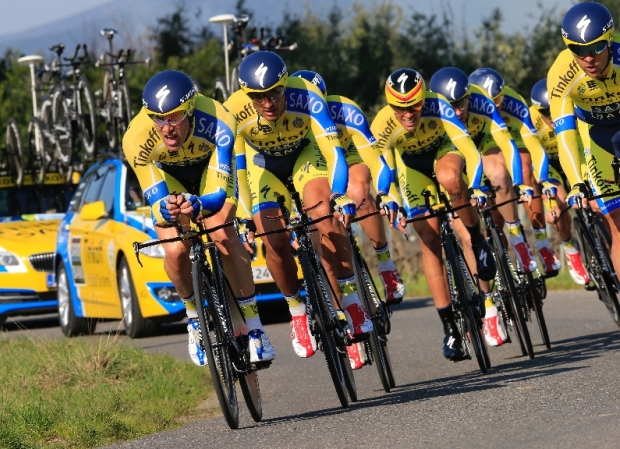 “Seven years ago, Saxo Bank entered a partnership with Bjarne Riis and his riders, which has led to many surprises and strong results both for the team and Saxo Bank. Therefore, we are happy to announce that we will continue as co-title sponsor of the world’s most ambitious cycling team Tinkoff-Saxo in 2015”.

“Oleg Tinkov is not only an accomplished entrepreneur, but has proved to be an ambitious team owner, and we are confident that with Bjarne’s help, the team will continue to deliver good results. In cycling, as well as in business, it is hard work to be in front, but we believe that a dedicated, long-term vision is the way forward. We work continuously to build good systems, and it remains the goal of both our business and this team.” 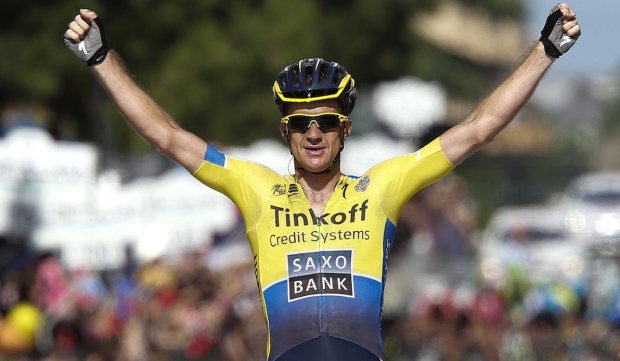 The news about Saxo Bank’s continuation as co-title sponsors was given a warm welcome by the team. Stefano Feltrin, General Manager of Tinkoff-Saxo, says:

“Saxo Bank’s dedication to the team and their passion for this sport is exceptional. We are proud and honored to announce that Saxo Bank confirms its commitment to our team for 2015. We firmly believe in strong partnerships and teamwork to reach our goals. Knowing that Saxo Bank will be on our side as title partner gives us great strength and confidence”.

Team Manager Bjarne Riis is pleased with the renewed partnership and the bank’s commitment to the team, which he believes will strengthen the team’s performance.

“Saxo Bank with Lars and Kim in the lead has been a fantastic partner since 2008 and they’ve meant a lot to the team and to me personally. We’ve created amazing results together during the years and their ongoing commitment will ensure stability, which is essential to any cycling team in order to focus on building a strong team and creating results on the road”, says Bjarne Riis and adds:

“Saxo Bank’s values and principles of teamwork and individual strength are in line with ours. We share the belief that Tinkoff–Saxo can continue to race and improve with big ambitions for 2015. Lars and Kim see the potential of cycling in general and to me that is very important”.