Rising star of the future, Nick Schultz took home his first notable result this year by winning the mountain classification as well as the combativity prize at todays grueling edition of the GP Miguel Indurain. Jaime Roson was the teams highest placed finisher in 12th place, showing his good form for next weeks Vuelta Pais Vasco while Simon Yates (Orica-Scott) took the overall spoils.

The early stages of the race was marked by windy and cold weather which made for some very tough racing. Schultz formed part the days main breakaway, however they were never given more than a 3 minute lead due to the presence of Movistar at the front of the chasing bunch.

This is Schultz´s first year in the colours of Caja-Rural Seguros RGA and his first as a professional. The team, including Schultz will be in action again tomorrow at the nearby Vuelta La Rioja where they will aim for more success.

Nick Schultz: “It was a little bit crazy. The weather was really bad at the start and there was a lot of wind. The whole team was very active when the attacks started going to get in the breakaways. I was the lucky one of the team to get in the move. When we got away there was a lot of cooperation. The peloton was also working vey hard as we never got a big time gap .I was hopeful to try and get some points in the mountains classification and I got rewarded at the end of the day. Last week in Volta Catalunya was really difficult but I think that from that race I´ve gained a bit of form and a bit more confidence also. It´s nice to be active in a race and not just making up the numbers.”

Jaime Roson : “The weather made the race very tough today from the start. In the final the WorldTour teams forced the pace very high and we missed out. In general my form is good, this race was one of my objectives for the year and I hope I can take this form in to the Vuelta Pais Vasco next week. It will be a tough race where we will be fighting for stage wins for the team” 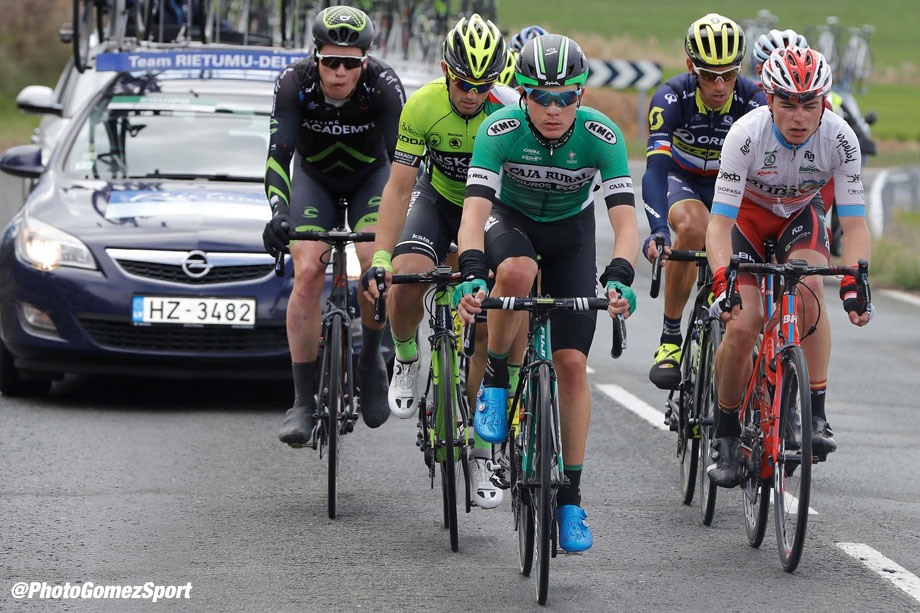