Thomas Scully took Drapac Professional Cycling’s first victory in Europe in 2016, taking out the final stage of the Boucles de Mayenne in Laval on Sunday.

Scully had been part of a six-man break that escaped the peloton with 30km to go, and held off a strong chase by the Direct Energie team of race leader Brian Coquard to contest the win.

Shortly after crossing the line Scully commented, “We knew it was a really tough circuit for the bunch to chase on, so if we could get a good group working there with a bit of a gap we had a good chance.”

The initial six-man move was reduced to four riders on the final 4.3km lap as the pressure from the chasing bunch increased. After a late attack from Jonas Rickaert (Topsport Vlaanderen) was neutralised inside the final kilometre by Anthony Delaplace (Fortuneo – Vital Concept), Scully timed his sprint to perfection to take his first professional win on the road.

“I laid off the Topsport guy a bit coming in to the final bend at 500m so I could take a run at him. It worked out perfectly in the end and I had an ideal run at the sprint.”

“It’s my first win as a professional on the road, so I’m pretty happy with it. I knew the form was good after getting 4th in the prologue on Thursday, but then I had a bit of a setback on stage one when I was caught in a crash with four kilometres to go. In the end though it worked out, and I’m really pleased for the team that I could finish the job off.”

Scully’s win race marks an important milestone for Drapac Professional Cycling, giving the team it’s first ever win at this level in Europe. 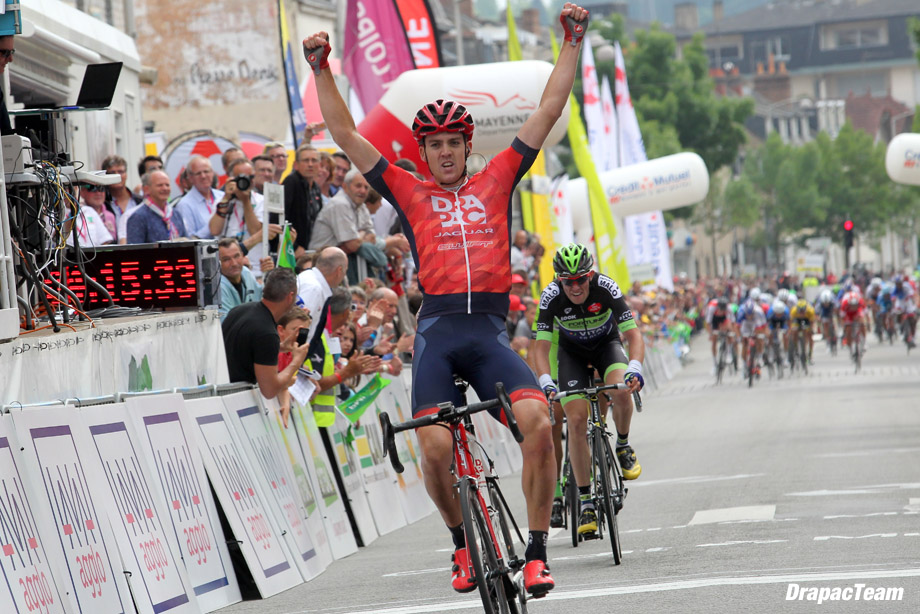