Sergey Lagutin on the podium of Tour of Almaty

RusVelo rider Sergey Lagutin took the third step of the podium of the newly upgraded to 1.1 Tour of Almaty. The 186 km-long race was held on a wide avenue circuit, 6 times by 31 km, with long drags giving the riders plenty of opportunity to attack. The early breakaway went away as early as in the first half of lap one, composed of the best RusVelo’s stage race specialist Ilnur Zakarin and two Kazakh riders, the national ITT champion Dmitry Gruzdev (Astana pro team) and a young talent Maxat Ayazbayev.

The trio worked well together, reaching the maximum gap of 6.35. Zakarin was the most consistent of the three in collecting the points at the intermediate sprints and eventually won the special sprint award. With about three laps to go, as Gruzdev’s and Ayazbayev’s turns lost a lot of power and they got dropped, one by one, by Zakarin, Astana started to chase hard in the select group of fifteen riders which went away from the peloton. It was immediately clear that they were betting on Alexey Lutsenko, a former U-23 World champion and a recent winner of the Asian games. Even the main fans’ attraction, Tour de France winner Vicenzo Nibali raced as a rank-and-file teammate, giving a couple of impressive pulls; it was actually his farewell race this season. With a little less than two laps to go, the chasers reeled Zakarin in and started playing for the win. A well-timed attack of Lutsenko and the man who marked him all the way, Sergey Chernetskii (Katusha), took the rest of the group by surprise and resulted in a two-man sprint, won by the home favourite by a convincing margin.

Sergey Lagutin said:
“The scenario was very similar to one of a typical European classic. A good breakaway that lasted long, which was put under control nevertheless, then a very fast couple of final laps. I was capable of fighting for the win, but missed the decisive move of Lutsenko and Chernetskii; it was too late to chase when they quickly gained a pair of hundred meters. Sill a podium place in a 1.1 race is a result that I’m reasonably happy with”.

Ilnur Zakarin said:
“Frankly speaking, I seriously hoped we would stay away. For some thirty kilometers, we had to work very hard to get a gap, as the pack didn’t feel like letting us go easily. I had very good legs and wanted to make the most of my chance. This day leaves a positive feeling, summing it all up, not so much because of my special prize, as for Sergey’s podium place”. 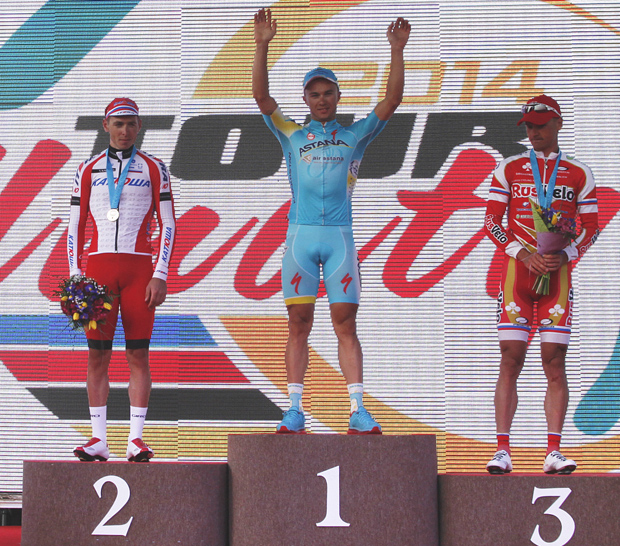 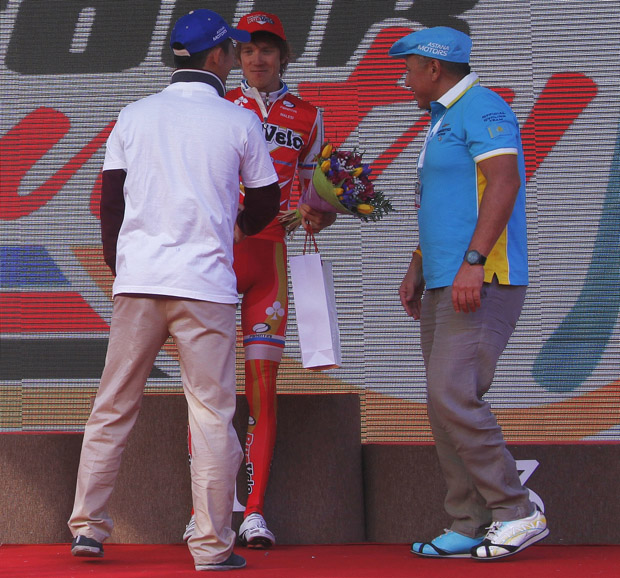