Team MTN-Qhubeka p/b Samsung successfully defended Sergio Pardilla’s race lead during stage 5 of the Volta a Portugal. The race profile lent itself to a bunch sprint and although that’s how the day turned out, it didn’t look that way with less than an hour to race. Early in the day eight riders escaped and it looked like a standard transition stage.

However, that group swelled to 19 later on and contained several riders from the LA Alumínios – Antarte team. Naturally, they were motivated to keep the pace high. With 35 kiolmetres to go, the gap was 1’21” with Team MTN-Qhubeka p/b Samsung frantically leading they chase. The African team was aided by Caja Rural who was trying to set things up for sprinter Manuel Cardoso.

“The other riders attacked us the whole day and it was very difficult to control but the team is unbelievable,” Pardilla said. “The guys did a very good job. I can’t thank them enough and I couldn’t ask for more. Tomorrow we’ll recovery and hopefully sleep for long. Wednesday is a new stage. We don’t know how hard it will be but we’ll defend the jersey again and try to control things. Thursday is the next mountain stage so the job is to get there safely again.”

It took a major effort from the two allied teams and eventually the move was nuetralised with 5 kilometres to go. The run in to the finish was technical and several opportunists tried going off the front but it was Cardoso who repaid his team for their efforts when he sprinted to victory by several bike lengths. Pardilla rolled across the line safely in 14th to protect his race lead.

“We’re very happy to defend the jersey. It’s brought the team together because we had to work as a team with one goal. They’re not making it easy for us here. 19 guys attacked and we had to chase very hard. We were lucky to get help from Caja Rural who had the interest of the stage win. We couldn’t focus on the stage win as it’s too hard to do that and defend the jersey. We needed Gerald [Ciolek] to help in the chase too,” sports director, Jens Zemke.

While Tuesday is a rest day, Stage 6 is 180 kilometres long from Sertã to Castelo Branco. It should be another day for the sprinters while the mountain men will have their next showdown on stage 7.

DStv viewers can watch the race on channel 435 from 5pm daily. 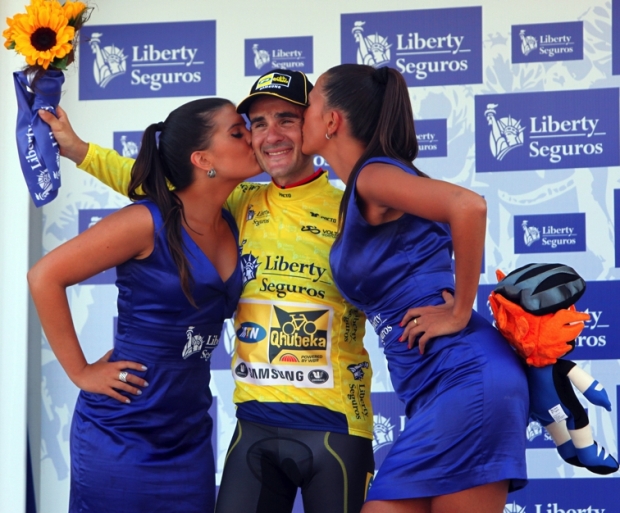