Team Colombia is set to open the penultimate month of the season with one of its shortest transfers in the year: in fact, the Settimana Lombarda (September 5-7) takes place in the Bergamo area, just a few kilometres away of the team’s headquarter and the riders’ houses.

Darwin Atapuma should have been in action at the “Lombarda” too, but persisting issues to the knee injured at the Tour de l’Ain mean his presence will be in doubt until the final moment: “Yesterday Darwin underwent an MRI on his knee – General Manager Claudio Corti explained – and we are waiting for the outcome. We still hope to be able to include him back in the line-up, but we also need to be cautious looking ahead to the upcoming fixtures.”

“Even without Darwin, we can count on a group of athletes who are well suited to this kind of routes. We are looking forward to some sign of redemption by Duarte, who didn’t really show his potential all the way after the Giro, but we also expect some solid displays by riders like Chalapud, Quintero and Pantano.” 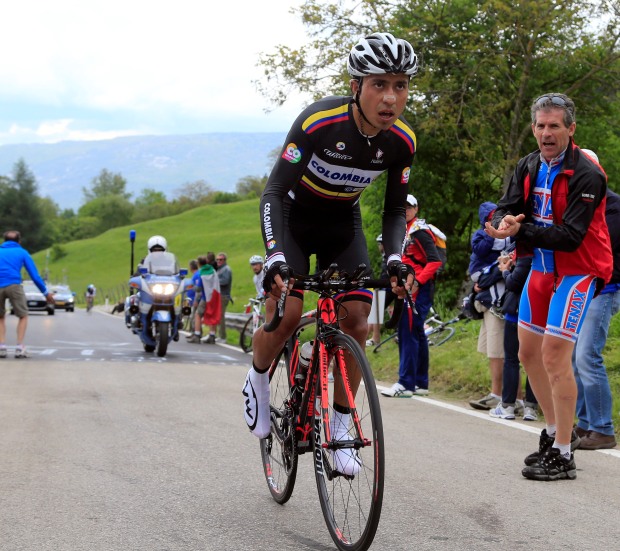 Valverde: “All Mountains Left in the Vuelta”