RusVelo track sprinters excelled at the U-23 European Championships in Athens, collecting three golds, two silver medals and two bronzes. Anastasia Voinova was a particular success, winning three events on end. First she dominated the team sprint finals with her permanent duo-mate Daria Shmeleva, demonstrating that they didn’t get on the elite podium in February by a lucky coincidence. Then she went on to win individual sprint and 500 m time trial. 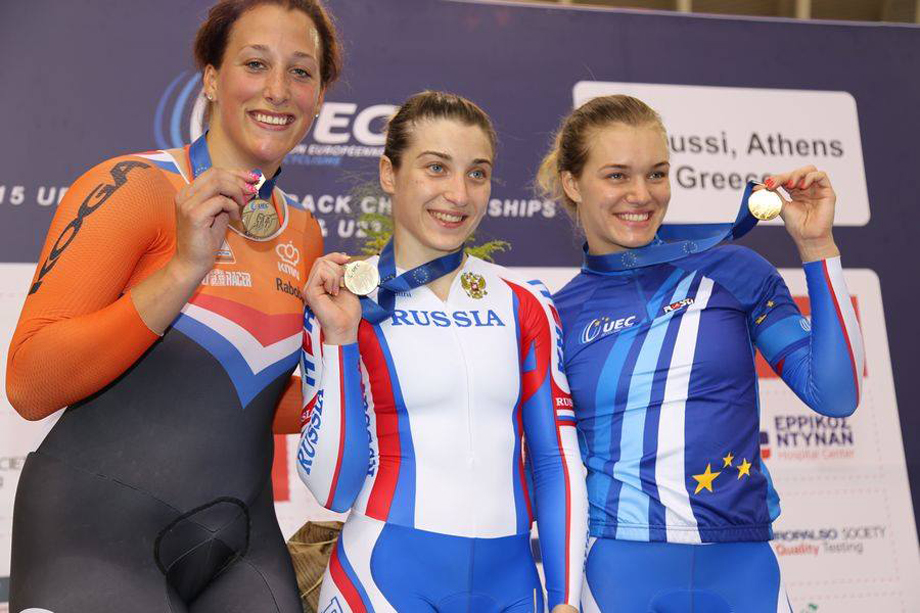 Anastasia Voinova said:
“It’s always a great pleasure to step on the top of the podium so many times and enjoy all what comes with this. I’ve got a nice collection of a European champion’s jerseys, which grew by three this time. But, apart from these small pleasures of life, these championships brought us more self-confidence; and I also look at the result sheets as a proof that me and Daria are the best possible combination. I hope it will serve as a springboard to attack the elite national and European titles. It’s a great pity that Dasha caught a stomach bug here, but her potential looks even bigger if you put this fact into the equation.

Individual sprint was a pure fun for me, I absolutely loved the semi-finals against the English girl Victoria Williamson. She is fast and tactically inventive, a rival like her make you take a quality step ahead in every run. Then I made a mistake in the first race of the finals against the Dutch girl Elis Ligtlee and had to work hard to correct it through the next two races. It is my farewell championship in the U-23 category, and I wanted to end this chapter of my career on a winning note”.

It was not an easy week for 500m TT World champion Daria Shmeleva, she caught an intestinal infection right after the team sprint, had to fight off a high fever instead of taking part in the individual event, and came back just in time, though not yet fully fit, to take part in her strongest discipline, the time trial. Her teammate and friend Voinova was clearly the fastest rider of the day; interestingly enough, not even a single thousandth of a second separated Shmeleva and the Dutch rider Elis Ligtlee, each of them earning a silver. 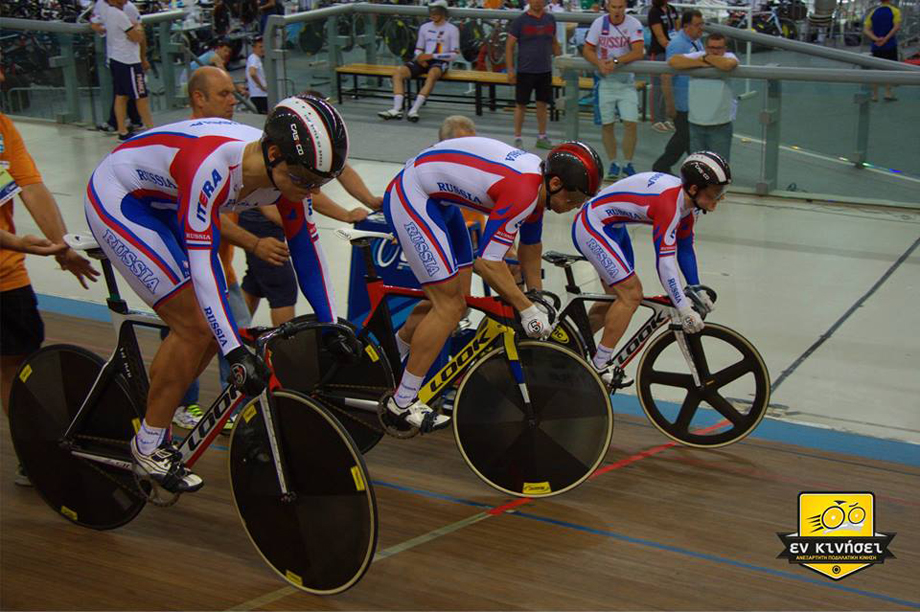 Daria Shmeleva said:
“On the ITT day I felt much better. It felt like a miracle that my body could operate in such a regime after running 39 degrees temperature. The race made me forget all the consequences of the infection, which were still there. As long as I was not at 100 per cent, I think I did a good race, taking silver in this event for the third time. A stopwatch knows a lot, if not all, and according to it, I rode at about the same speed as I did when I won the World’s. So there is no reason to cry over coming home without a gold. And yet, it’s a lesson to learn – I’ll be much more careful with food, once bitten twice shy”.

Nikita Shurshin took two bronze medals ( individual and team sprint) and capped it off with a keirin silver, under dramatic circumstances. He was one of only four A final finishers after a high-speed pileup 1.5 laps to go. Four riders crashed, Surshin and Max Niederlag from Germany squeezed by unscathed and played for gold, the other duo, Briton Jonathan Mitchell and Belorussian Artsiom Zaitsau stood up and made it to the finish; the British rider crossed the line third. 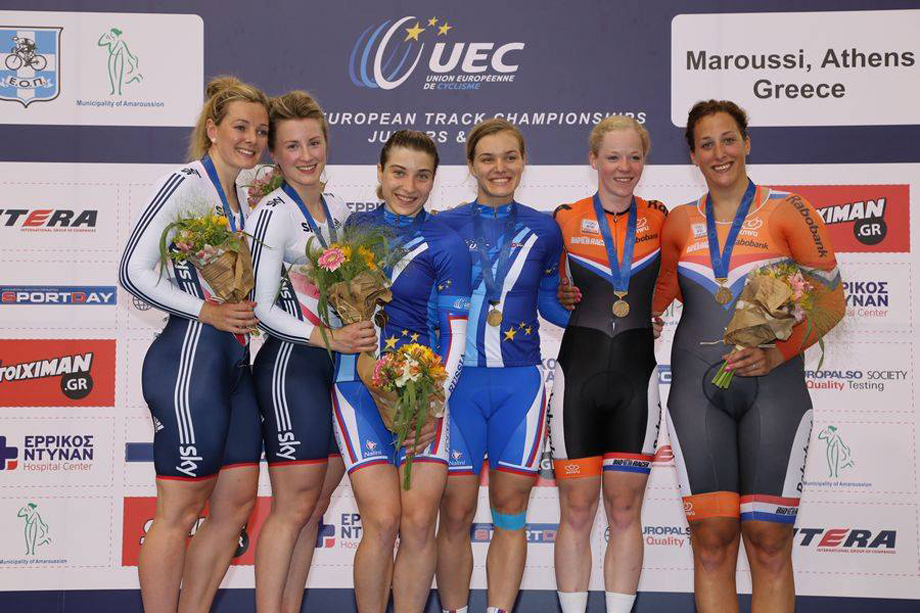 Nikita Shurshin said:
“I was getting ready for the final attack, went up past the Briton and suddenly heard a tire blow up, then came horrible noise of a huge crash and my coach’s scream: “Go, go, full gas!” And full gas I went. The German passed my just before the line. If I had known that there were only two of us last men standing, I would have played a different tactical game, sure enough. It was all too evident when I watched the recorded images.

I have grown on keirin lately, especially after my 5th in the elite World champs. That’s a race for real men, I like this fighting spirit. Last year I won it at the U-23 Europeans, but that was another story, it was the season highlight for me, while today this event is like an intermediate sprint on my long chase of the main goal, the elite European and World championships. It doesn’t mean that I don’t care, I rode for a victory and this slight disappointment will push me forward in the coming races”. 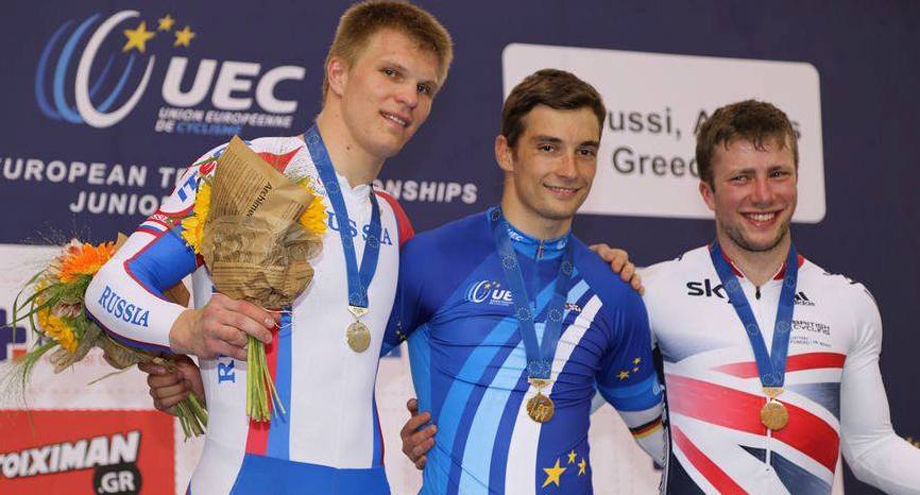 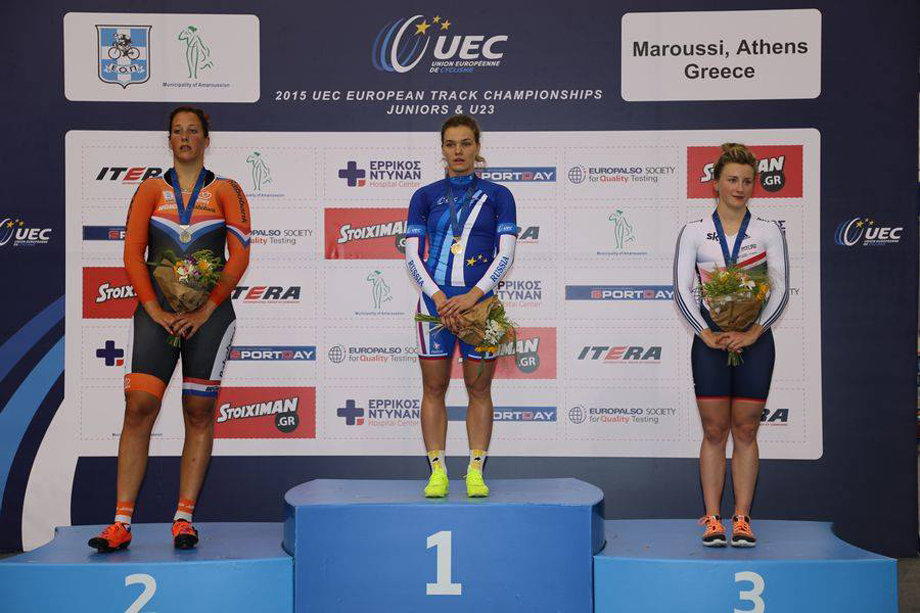 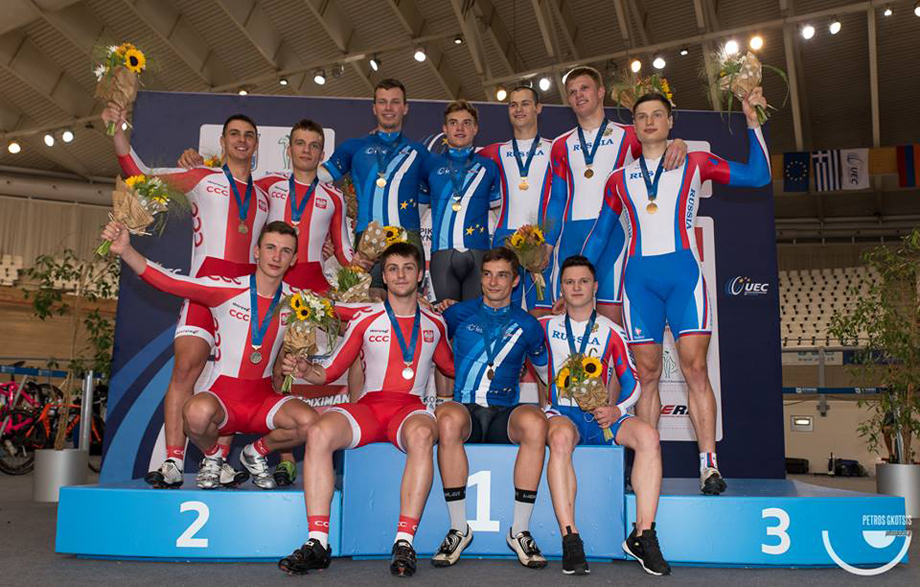 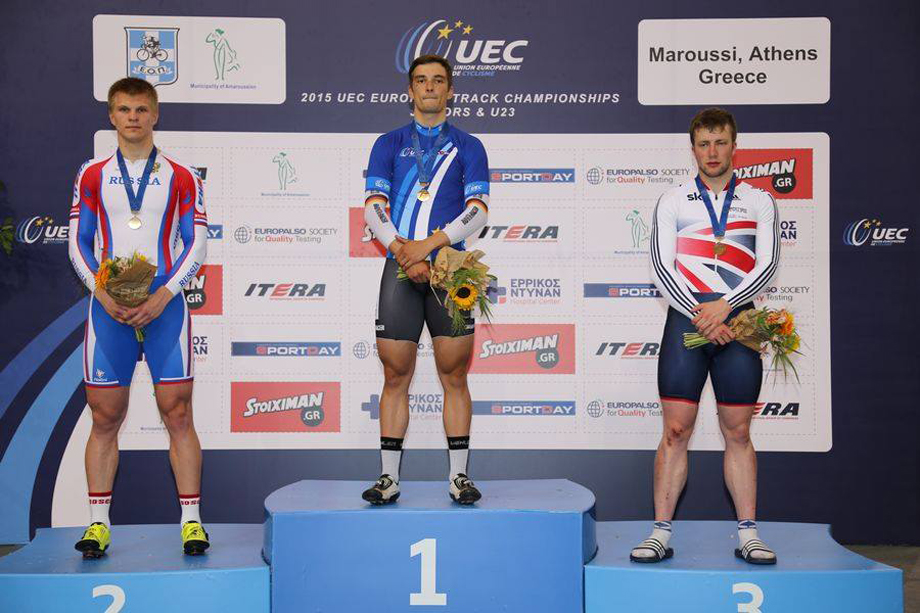