Shara Gillow soloed to victory in Sarnonico. The Australian National Time Trial Champion attacked her escape group inside the final two of six circuit laps on the second stage of Giro del Trentino Donne. Her former breakmates were overtaken by the peloton ahead of the finish, and Emma Johansson won the bunch sprint for second place.

“We’ve been working really well as a team,” said Gillow. “Emma had three wins last weekend, and she was second yesterday afternoon, which was awesome. Today, I won and Emma got another second place. The way we work together and communicate has played a big role in the results we’ve gotten these last two weeks.”

ORICA-AIS planned to race aggressively on the second day of Italian racing. After losing time on the team time trial in yesterday’s morning stage, Sport Director Dave McPartland thought those with an interest in the overall might allow his riders to stay up the road.

“The race began with a ten kilometre uphill section followed by six laps of hilly circuit,” said McPartland. “Our plan was to send girls up the road after we hit the circuit. I thought we had a good chance to get away with a small group since we were down on the overall.”

Gillow put herself into a large breakaway that included three riders from MCipollini-Giordana. The group lacked the composition and organisation required to solidify an advantage.

“I got into a move right from the start, and it became clear that it was probably not the winning break,” said Gillow. “We had three riders from MCipollini, and the group was too big. When Noemi Cantele (Be Pink) bridged across, people stopped taking pulls. We were caught after a bit more than a lap away.”

The next time Gillow went up the road, the group was smaller. Race leader Evelyn Stevens’ Specialized-lululemon team appeared to give the break its blessing.

“In the third lap, Shara went away in a group of four,” said McPartland. “Specialized seemed happy to let it go. The gap grew to about one minute, and then it held there for awhile.”

“I was a bit hesitant about the break,” admitted Gillow. “The other girls were already up the road, and Specialized was controlling. They seemed to be bringing it back slowly. I thought the gap was coming back a bit too quickly, and I asked Emma what she thought. She encouraged me to bridge, so I jumped across.”

Gillow’s group traded pulls to grow the gap out to nearly two minutes. As the laps ticked down, the advantage began to shrink.

“When the gap dropped to 40”, I knew I had to attack,” said Gillow. “I went on the circuit climb coming into the last lap and a half. After that, I was in time trial mode to the finish.”

The peloton absorbed the riders Gillow left in her wake. Johansson seized the opportunity to ride herself on her 16th podium of the season, winning the bunch sprint for second place. After three stages over two days, Johansson finished in sixth overall, 1’47 behind Stevens. Gillow was 2″ further back in seventh place

“I was confident I could hold off the field, but you never know for sure,” said Gillow. “It’s racing. Anything can happen. I had fun time trialing towards the line and trying to pull off the win, but I wasn’t convinced I had it until I crossed the line.”

“It was a great ride by both Shara and Emma,” said McPartland. “We were disappointed with our team time trial, but the time Shara lost yesterday set her to win the stage today. I’m proud of the way they raced today.” 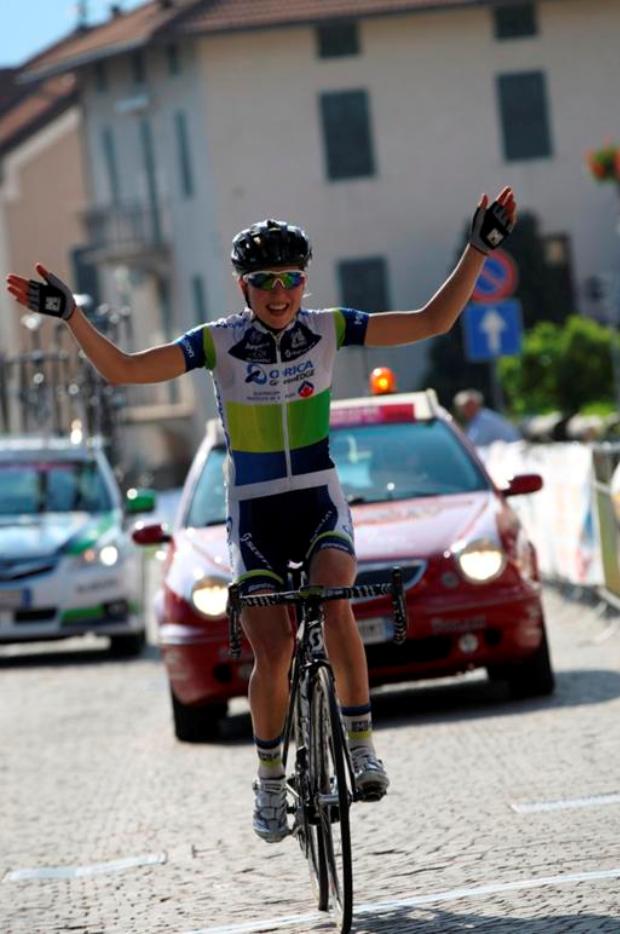