SIDI Can Count on the Talent of Egan Bernal

The young Colombian scored lots of victories in 2018 and had a fantastic Tour de France next to his captains Thomas and Froome. 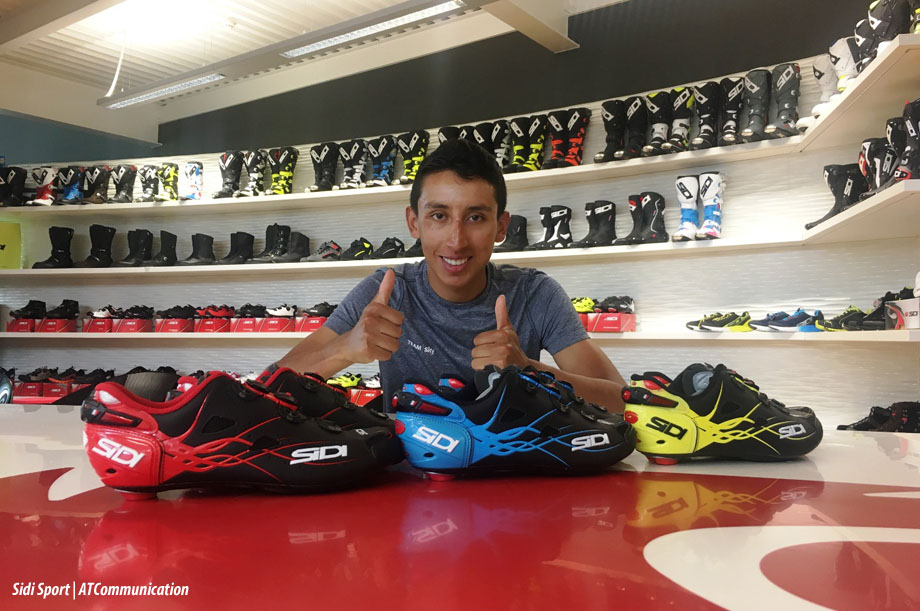 The ranks of the greater Sidi team features the names of lots of established great champions, but they also include plenty of young talent. It’s not enough to focus on the present; this is why Sidi has always paid close attention and placed faith in young riders, because they represent the future of cycling.

Looking back on the 2018 season that is coming to a close, speaking of young talent we must take a closer look at the name Egan Bernal. A few days ago the 21-year-old Colombian rider paid a visit to Sidi general headquarters in Maser (Treviso). It was an important occasion for him to meet with the heads of the company, for both parties to get to know each other better, but it was also the perfect time to go over some details about the shoes that Bernal will be wearing in 2019. 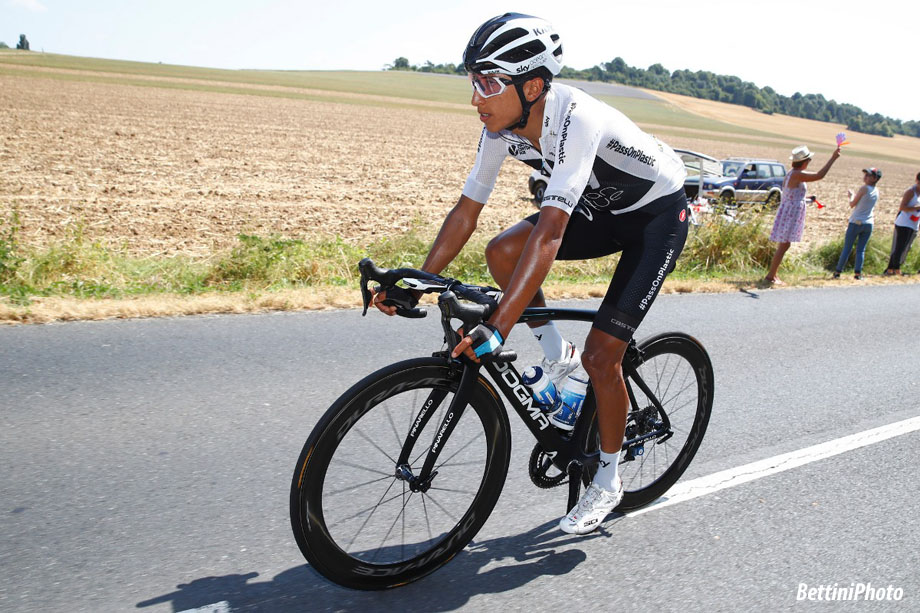 Egan Bernal is clearly talented. After an excellent introduction into cycling that counts in the 2016 and 2017 seasons wearing the Androni Giocattoli jersey, in 2018 the young Colombian climber took the next leap in to the major leagues with Team Sky. His first success of the season came in February, when he won the National time trial title. Soon after that Bernal made his mark on the roads of his homeland territory with the new stage race called “Colombia Oro y Paz”, beating his more famous fellow compatriots, Nairo Quintana and Rigoberto Uran, on the final podium. 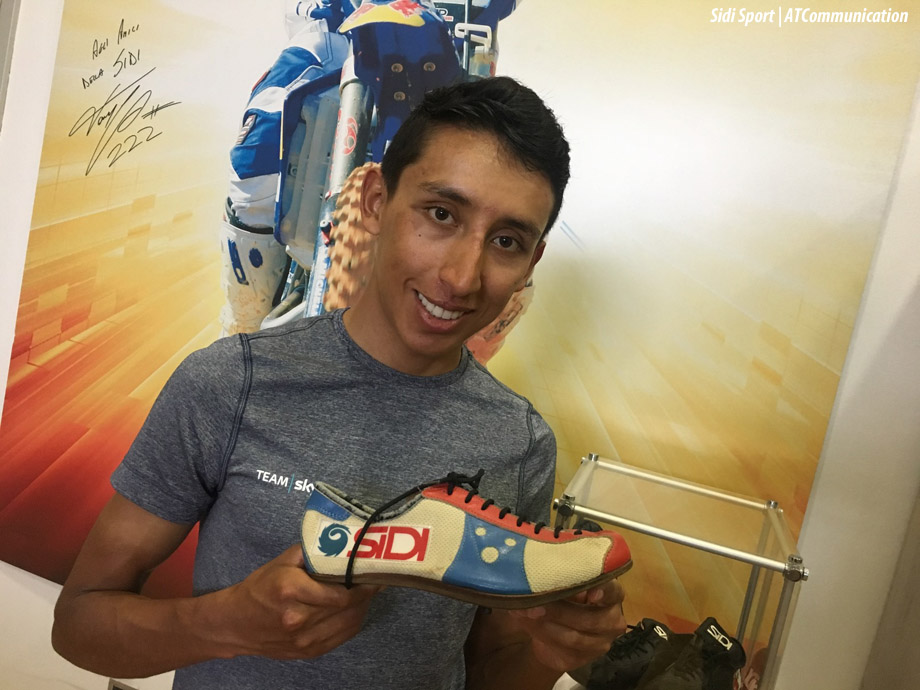 At the end of March in the Volta a Catalunya Bernal became part of a compelling head to head with Alejandro Valverde; however, unfortunately he was forced to withdraw after suffering injuries in a fall, in the last stage no less, when he was in second position in the general classification and ranking as the best young rider in the race.

When he returned to racing in April for the Tour de Romandie, Bernal scored his first victory in a World Tour race in the climbing time trial on Villars; Bernal went on to close out the race in second place in the general classification for this short Swiss stage race, right behind Primoz Roglic. The Colombian also took home the jersey for best young rider from this event. 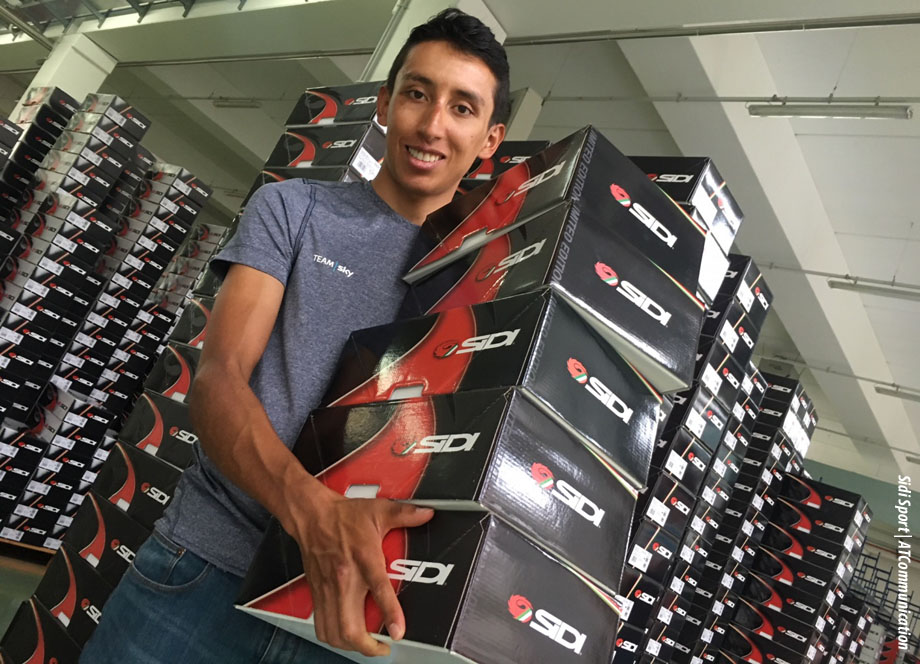 Then in May Egan Bernal won two climbing arrival stages at the Tour of California, capturing his first victory in the final general classification for a World Tour race. In any case, beyond his victories this season, Bernal also stood out for the fantastic job he did at the Tour de France backing up his captains, Geraint Thomas, winner of the 2018 Grande Boucle, and Chris Frome, who was third on the podium in Paris. Over the three weeks of the Tour, the young Colombian was an essential player in the most crucial moments of the race. On the major climbs he was always the last man riding along with his captains, performing a decisive role and over all displaying quality, maturity and amazing potential for the future. 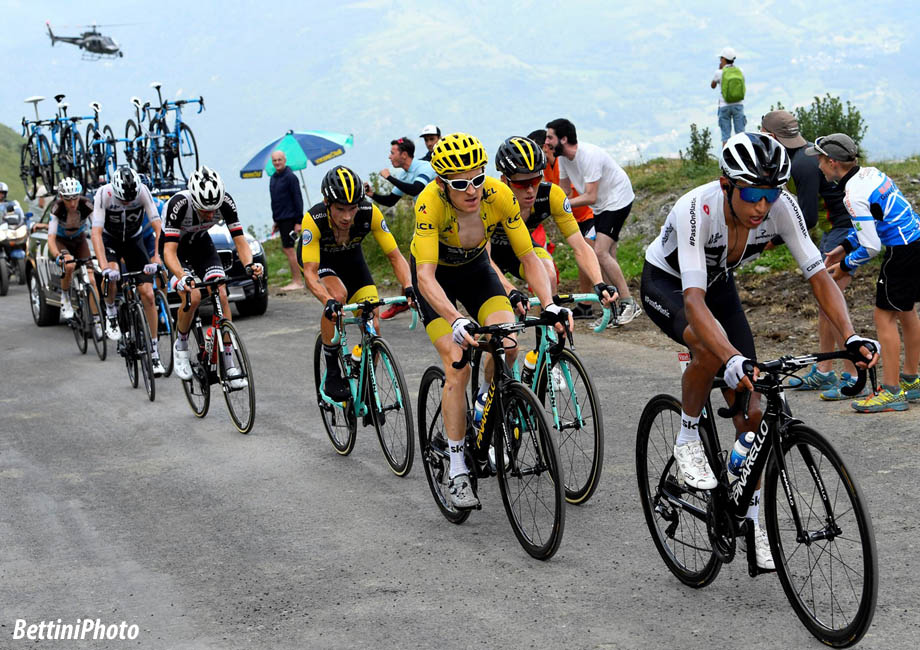 Cheated Death 3 Times, Now Back on the Bike