It’s always nice to win. But to win in a monumental cycling classic while wearing the World Champion jersey is something extraordinary. Poland’s Michal Kwiatkowski (Etixx Quick-Step) managed to pull off this achievement by winning the Amstel Gold Race, thus capturing the first Ardennes Classic of his career. Sidi Sport is also immensely pleased, since thanks to Kwiatkowski they have scored their first season win in a great classic. 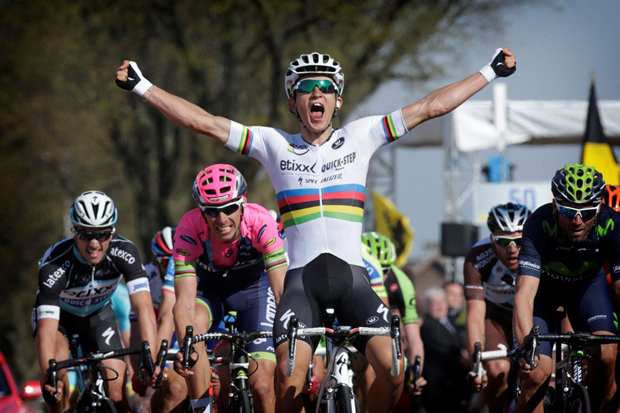 Kwiatkowski rode an impeccable race, as only the greats can do. In the last 2 km the World Champion stayed covered and hung in there on the Cauberg, the symbolic climb featured in this race, thanks to the help of his team mates, who set him up and shot him in to the perfect position to put everyone in line during the final sprint. Honours went to Spaniard Alejandro Valverde (Movistar), who came in second, and Australian Michael Matthews (OricaGreenEdge), who placed third.
With this legendary victory Kwiatkowski has in fact become the fourth rider in history (after Eddy Merckx, Bernard Hinault and Jan Raas) to win the Amstel race whilst wearing the colourful World Championship jersey. 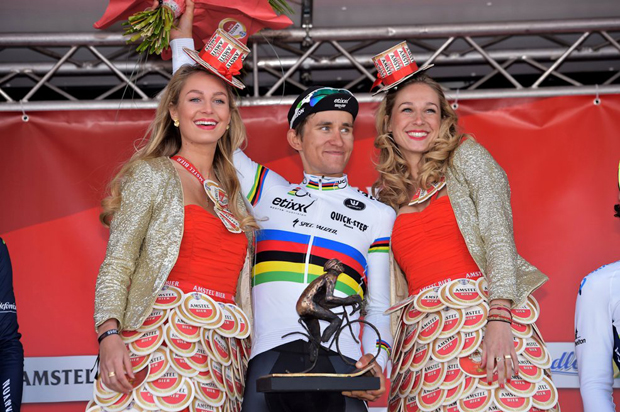 Whether Michal Kwiatkowski is mixing it up on the track or shining on the podium, he can always count on his Sidi Wire shoes, the top-of-the-line models in the Sidi Sport road racing collection. Now Sidi and their champions are aiming for the Liège–Bastogne–Liège. What a show it will be on Sunday, April 26th, on the Còtes de la Doyenne! 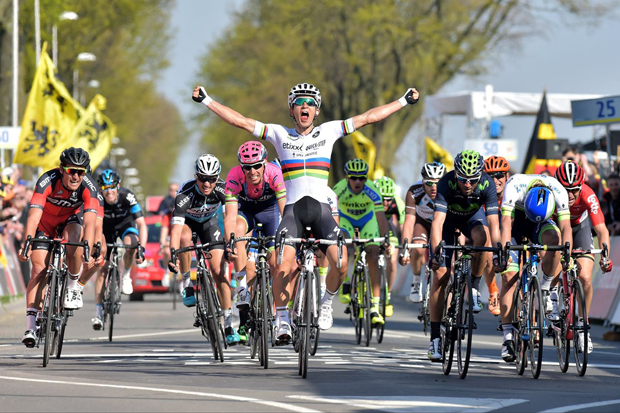 Toolbox: The Power of External Motivation