After his victory in the Giro Froome is 3rd, stepping on to the podium of a grand tour for the eleventh time in his career. After his awesome Giro d’Italia victory, alas Chris Froome (Team Sky) was unsuccessful in his mission to clinch the Tour de France this year as well. 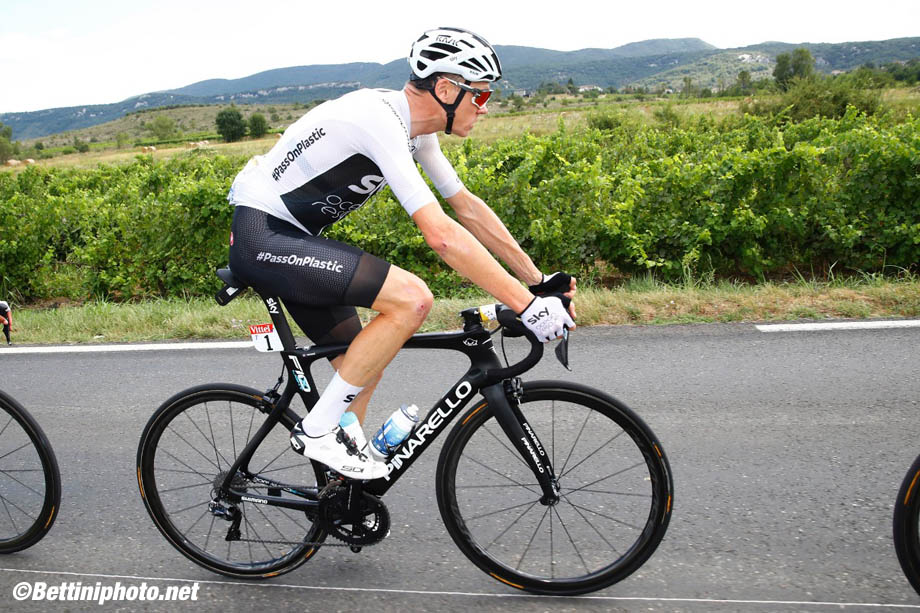 However, Sidi and the British rider are still immensely pleased to have made it to the final podium in Paris once again, as the Grande Boucle wrapped up three weeks of intense, thrilling and spectacular racing with plenty of obstacles to overcome along the way. 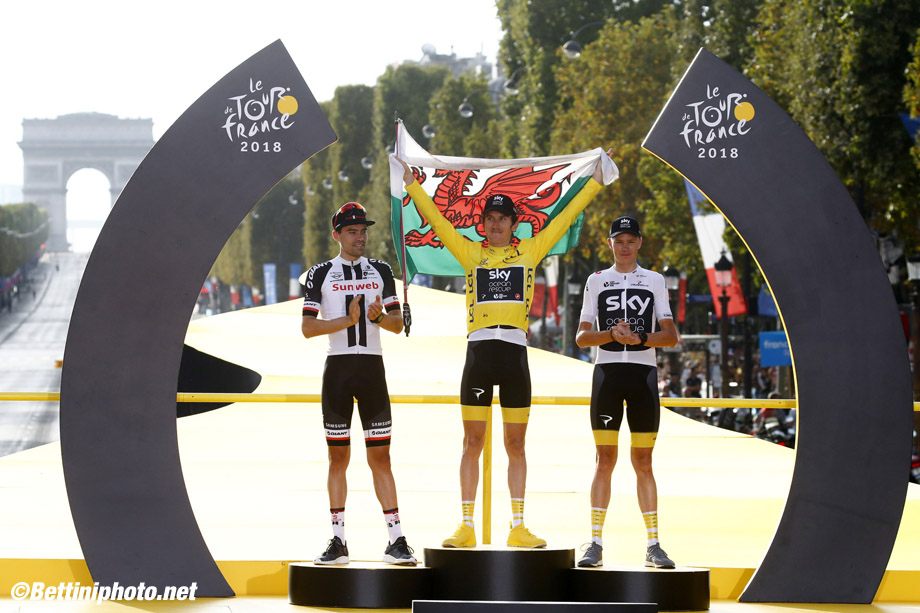 Froome slid into third place right behind his team mate and the winner, Geraint Thomas, and Tom Dumoulin (Team Sunweb), who was second, like he was in the Giro. This podium means a lot to Froome; in fact, this is the eleventh time the Brit has made it to the final podium of a grand tour. 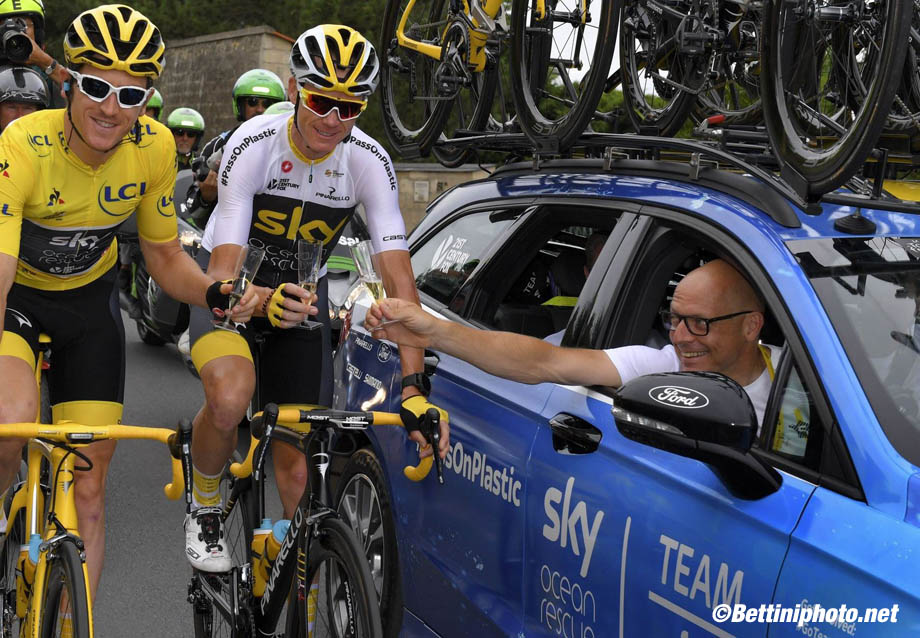 Just a reminder that this third place comes after the magic triple crown which saw Chris Froome pull off consecutive triumphs at the 2017 Tour de France, the 2017 Vuelta Espana and the 2018 Giro d’Italia. By managing to win all three grand tours, Froome has already signed his name to the golden legend of cycling, next to Eddy Merckx, Felice Gimondi, Jacques Anquetil, Bernard Hinault, Alberto Contador and Vincenzo Nibali, the only riders who have ever achieved such an extraordinary feat. We are sure that an attempt to go for the fifth Tour de France has simply been delayed until next season. 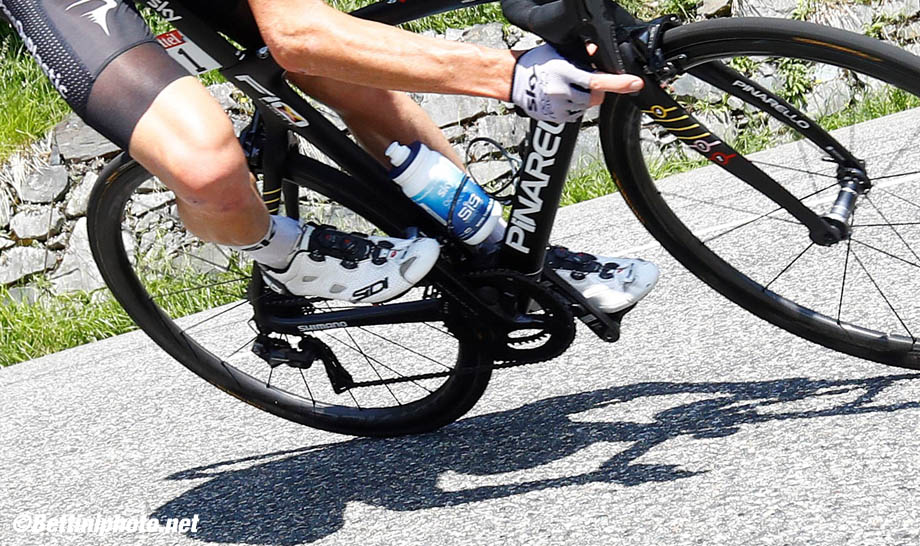 Furthermore, Sidi also had three nice stage victories in this Tour de France. Two came from Astana Pro Team with Spanish rider Omar Fraile in stage 14 at the finish line in Mende and the following day with Danish rider Magnus Cort Nielsen in the 15th stage, which finished in Carcassonne. Frenchman and national favourite Arnaud Demare (Fdj) also scored one for Sidi when he won the final sprint for the 18th stage arriving in Pau. 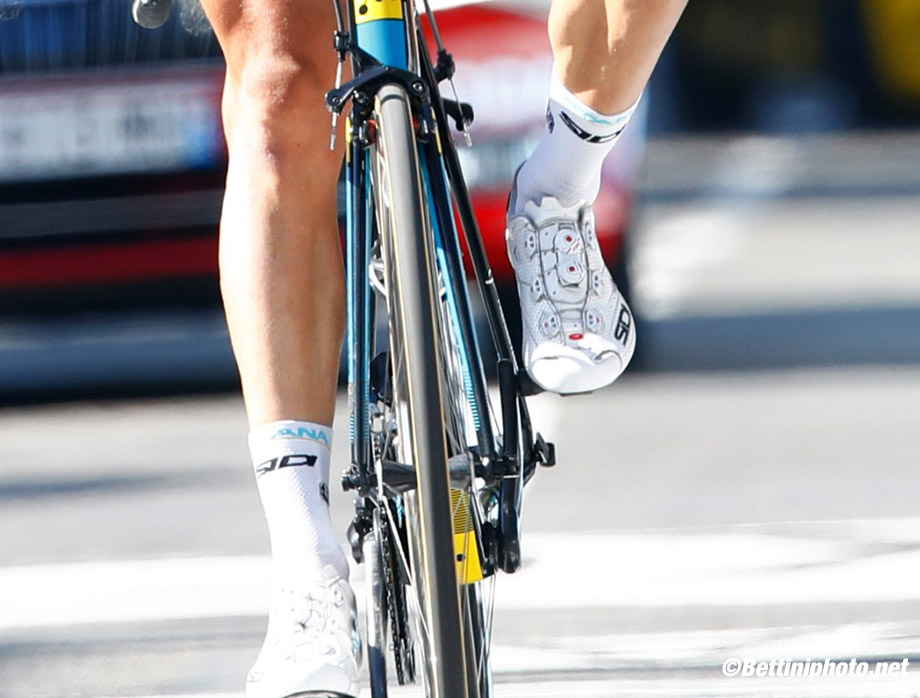