The partnership between Sidi Sport and Team Lampre-Merida continues. A brilliant 2013 season saw Lampre-Merida riders in the top 3 no less than 65 times with 17 victories, 26 second places and 22 third places. In 2014 the riders from the Italian formation of the World Tour managed by Giuseppe Saronni will still be able to count on Sidi Wire shoes.

Light and highly performing, Wire shoes are the top of the line models from the Sidi Sport collection for road cycling. This is a shoe in which quality materials and cutting edge technology join together in a design that is always appealing. In fact, thanks to Sidi Sport, next season the champions from Team Lampre-Merida will stand out in the group while sporting graphics and designs dedicated entirely to the team for a look that is perfectly coordinated with the blue, fuchsia and green colours of their uniforms.

Last week Team Lampre-Merida were at Darfo Boario Terme (Brescia) where they held their first retreat from December 5th to the 8th in preparation for the 2014 season. The Sidi staff paid them a visit there to personally deliver the new Wire shoes made especially for the riders. 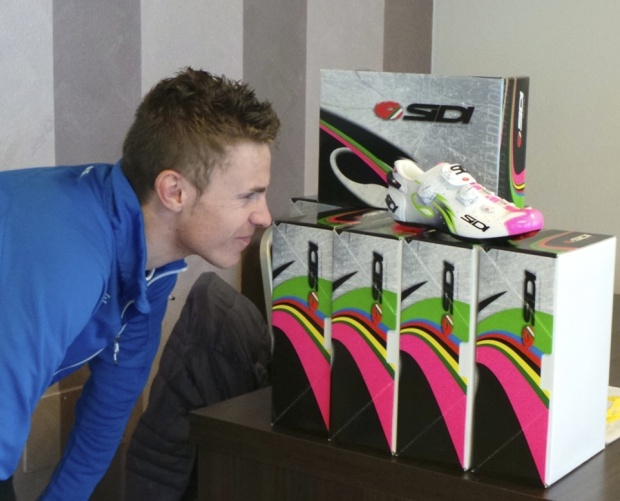 In the ranks of Team Lampre-Merida, Sidi Sport counts plenty of champions. Just to name a few: Damiano Cunego, Michele Scarponi and Diego Ulissi, the multi-victorious Lampre rider of 2013 with 6 successes under his belt. Not to mention Filippo Pozzato, 3 bull’s-eyes for him in 2013; he has always been one of the most out standing riders from the Sidi stables and throughout his brilliant career he has always been able to count on the esteem and faith of Dino Signori, the owner and founder of Sidi Sport. He enjoys full support from the Sidi brand. In 2014 Team Lampre-Merida’s ranks will also include World Champion Alberto Rui Costa, one more motive of pride for Sidi Sport, too. 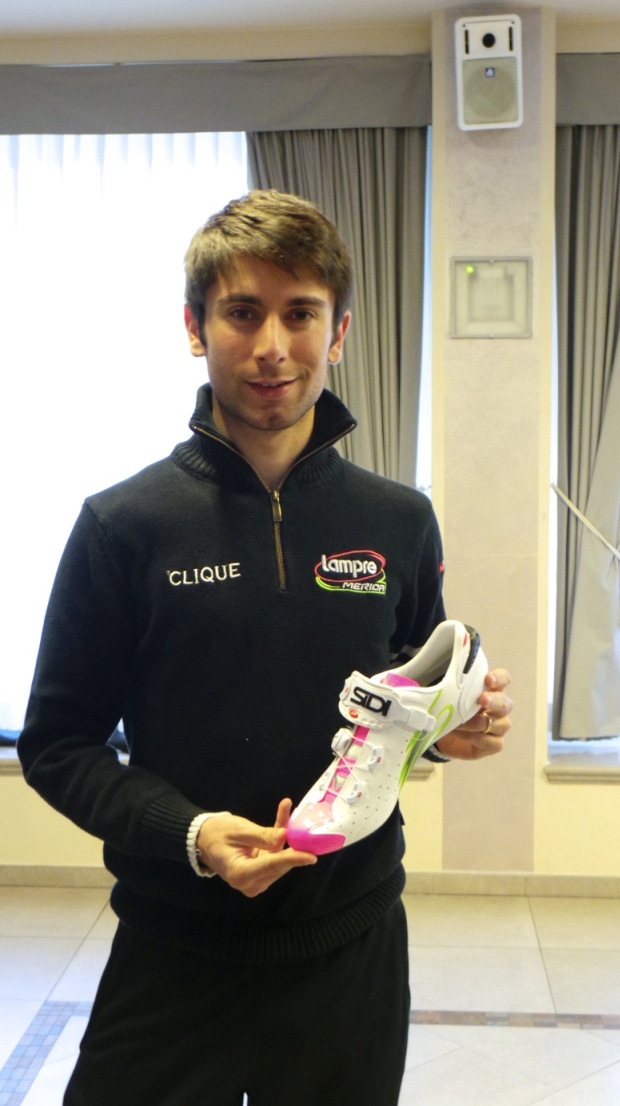