Carmen Small suffered back luck in Sunday’s Vårgårda World Cup road race when she crashed in the final corner. Small was sitting in fifth wheel ready to open the sprint when she slid out on the tar and lost the chance to go for victory.

“The team worked really well today. They did everything perfectly. The plan was to set Carmen up,” Team Manager, Thomas Campana said. “She did a really strong race to be with all the best riders in the world coming into the finish. It’s a pity about the crash because we believe in her and it would have been great to show the level that she’s at right now.”

The sprint was eventually won by Jolien D’Hoore (Wiggle-Honda) with her teammate Giorgia Bronzini second. Ashleigh Moolman-Pasio who did a great job in reducing the field with several attacks rolled across the line in eleventh place. It has been a successful weekend of racing in Sweden for BPCT after the team finished fourth in the team time trial on Friday.

“I knew I needed to be at least top five coming into that corner and I put myself there,” a visibly disappointment Small said. “I just slid out. I’m not sure if it was bad luck or maybe I wanted it too bad. It was a pretty select group coming into the finish. It was definitely a tough day and I felt good. I was really happy to be good at the end of a 130km race. It’s disappointing to not have the opportunity to get a result.”

Small has been building up the World Championships on home soil in the United States. It’s her main goal for the second part of the season.

“Everything has fallen into place with preparing for Worlds. That was the whole point of coming out here and using every race. Today was a good test to show my form is there and my power is good. In the team time trial I was taking super long pulls and my power was definitely there.” 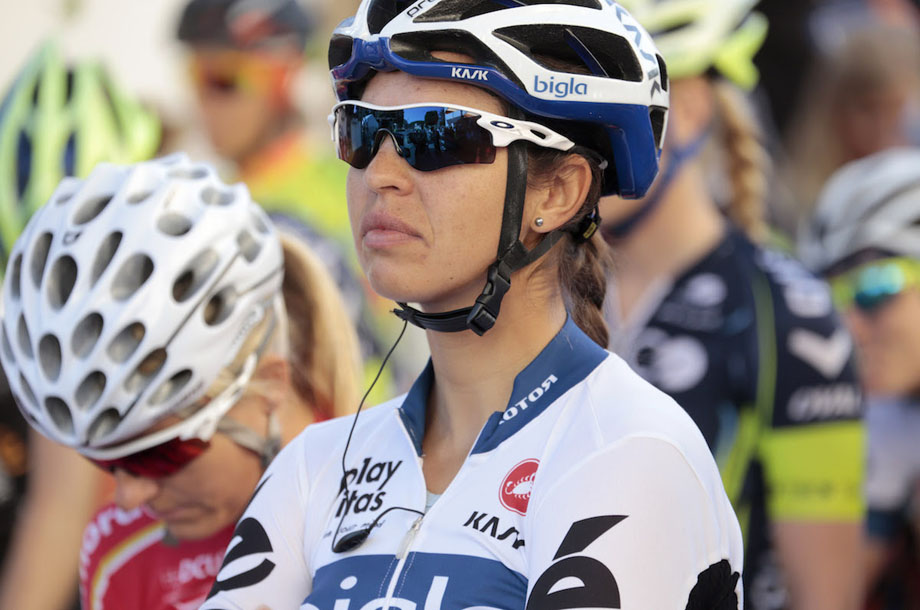 Vinther faces end of season due to crash