Soggy conditions in Asheville, N.C. did not deter hundreds of cyclists from braving the elements to compete in the third weekend of races for the 2014 Southeast Regional Series presented by Stan’s NoTubes (SRS). Unique to the SRS format, the Asheville stop added a Friday Time Trial for competitors. The featured events continued to be the Asheville “Mellowdrome” Criterium and the Asheville Road Race, with cumulative points awarded to men and women for ongoing Series competitions: Hincapie Overall leaders, PEZ Cycling News Sprint leaders, and Stan’s NoTubes King of the Mountain and Queen of the Mountain leaders.

On Saturday, the SRS Asheville Criterium was held at The Velodrome in Carrier Park, dubbed the “Mellowdrome” for its soft-banked, one-third-mile track used for motorsports. The criterium features 11 categorized races, from two events for juniors to races for Masters and men and women pro riders. The Men’s Pro 1/ 2 category was won by Ben Renkema (Greenville, S.C.) of Stan’s NoTubes presented by Proferrin. The Women’s Pro 1/ 2/3 category was won by Cinthia Lehner (Boone, N.C.) of Pain Pathways.

Of note for the SRS weekend was the double-win by Chris Emory (Arden, N.C.) of Crosstown Velo, a team based in Hendersonville, N.C. He won both the criterium and the road race in the Masters Men 35+ category, continuing his lead in the Hincapie Overall Leaders jersey competition for the year. He also continued as the leader in Masters 35+ as the best climber and best sprinter.

The 10-mile Time Trial on Friday was held in Marshall, N.C. on Blannahasset Island, which sits in the French Broad River opposite of Main Street. Cogburn scored a win for his SmartStop squad in the Men’s Pro 1/ 2 division and Debbie Milne (Greenville, S.C.) of Finishstrong.org presented byGCB recorded the best time in the Women’s Pro 1/ 2/3 race.

The Southeast Regional Series presented by Stan’s NoTubes offers over $50,000 in cash and prizes this summer, across five weekends of racing in five states. The next stop for the series will be August 9-10 in Knoxville, Tenn. Each series stop offers a unique Saturday downtown criterium paired with a Sunday road race. The series championship will be held in Greenville, S.C. Sept. 13-14.

SRS Overall Standings
For a second month, Ben Renkema (Greenville, S.C.) of Stan’s NoTubes powered by Proferrin continued in the Hincapie Overall Leaders jersey in the Men’s Pro 1/2 category with his win in the Asheville Road Race. Zack Kratche (Charletson, S.C.) of Ms. Roses presented by J.Brown-Champion System moves into second overall and Artur Sagat (Roswell, Ga.) of Round Here Racing is in third overall.

These special award jerseys will continue to be awarded throughout the series for best sprinters, climbers and overall winners (male and female). At the end of the series, overall points leaders will also receive a custom Schmitt Jewelers watch ($750 dollar value) at the SRS championships in Greenville, S.C. 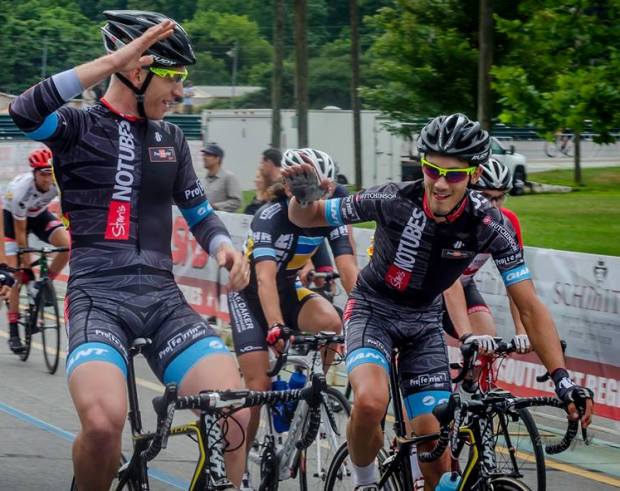 A piece of the Arctic Race of Norway for everyone