A new piece of equipment has seen the daylight in professional cycling. The bottle vest, which made it’s first appearance in this year’s Tour de France, is a new, faster and safer way for the domestiques, or supporting riders, to supply the captain and teammates with water bottles during the stage. The bottle vest is designed by Sportful, team-clothing sponsor of Tinkoff-Saxo. And according to the riders, the new bottle vest was needed and has been applied with great results.

“It’s a really nice idea – and no one has thought about it before. The bottle vest is much faster. When I go to the team car, the sport director or mechanic has prepared it for me, I put it on and off I go. When I reach my teammates, they can just take the bottles straight of my back”, says Daniele Bennati, who uses it every time he takes his turn supplying bottles. 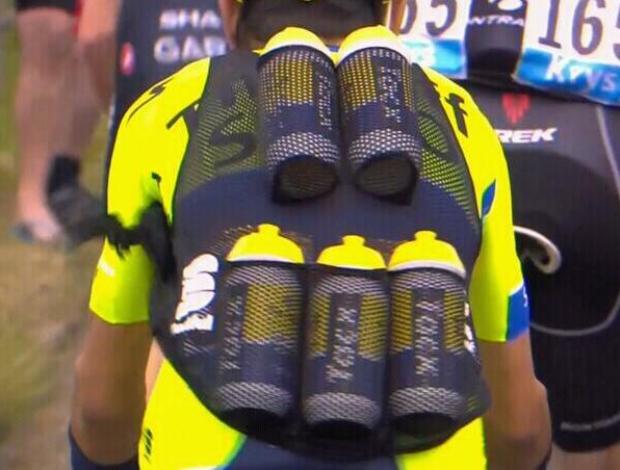 The bottle vest was designed by Sportful’s race department during the weeks leading up to Tour de France 2014. According to Andrea Peron, former Tinkoff-Saxo rider and now Product Manager at Sportful, the bottle vest was a direct result of a specific request by Bjarne Riis.

“Bjarne called us up and said he needed something that made supplying bottles faster and significantly safer. So we came up with the bottle vest as a joint venture”, explains Andrea Peron and continues:

“The bottle vest holds 7 bottles and the rider can have two on his bike. So one rider can in fact supply all his teammates. Especially now, with the use of tight aero jerseys that wouldn’t be possible”.

It is a well-known fact that a loose bottle on the ground in the middle of the peloton is likely to cause a crash. Peron tells that it happens way too often during the hectic stages of Tour de France.

“If it’s a nervous stage and the riders have to hurry up by the team car it’s really dangerous and they drop bottles on their way back to their teammates. The vest makes it safer for everyone and it’s so small that they can put it in their jersey pockets or throw it away as a souvenir”, concludes Andrea Peron. 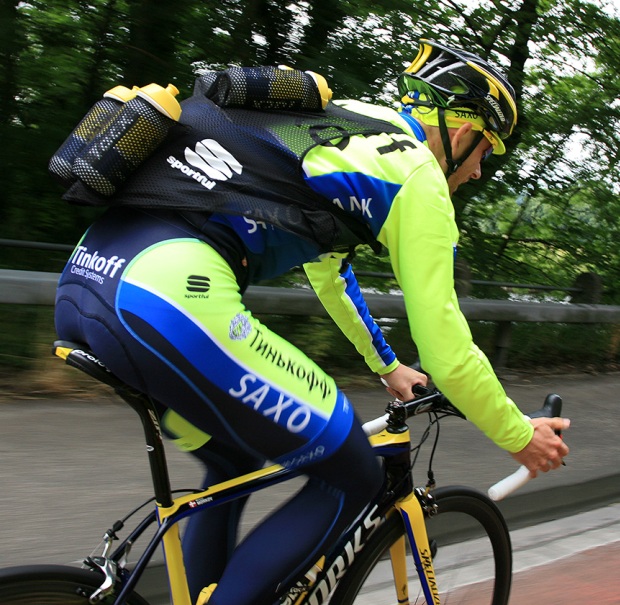