One more race to go before the Giro! Eschborn-Frankfurt – Rund um den Finanzplatz on the 1st of May is the next target for Gazprom – RusVelo.

The inception of the German semi-classic race dates back to 1962. Throughout the history, Eschborn-Frankfurt has become one of the most admired cycling events in Germany and this year the 55th edition is already a part of UCI World Tour.

The route of 215,7 kilometers is hardened by 8 steep climbs. Four of them are featuring the maximum gradient of 26%. Riders are to bid farewell to the final hill climb 40 kilometers before the finish line and then with what’s left from their strength gun for the victory on the remaining flat part of the route. Cycling fans and local audience would have an opportunity to observe and support the riders on the three final laps in the streets of Frankfurt.

The fight for the podium is expected to be among hilly terrain specialists and all-rounders with strong finishing abilities. Either a successful attack on the steepest climb or the powerful final sprint may bring the victory.

In 2012 Gazprom – RusVelo rider Sergey Firsanov made it to third position at the German race, but this year he is finishing the preps for Giro d’Italia and won’t take the start in Eschborn. However, sprinters Alexey Tsatevich and Ivan Savitskiy are heading to defend the colours of the team.

“I haven’t competed on the Rund um den Finanzplatz before. Sprinters have it all to succeed, but need to work hard on the steep climbs and leave some energy to the final sprint. This kind of altimetry perfectly suits me. The recent third place on one of the stages on Tour of Croatia demonstrated that I am able to compete for the victory with the strongest sprinters. It gave me confidence and now I feel great both physically and emotionally. We are ready for the fierce competition and will do our best in Germany.” 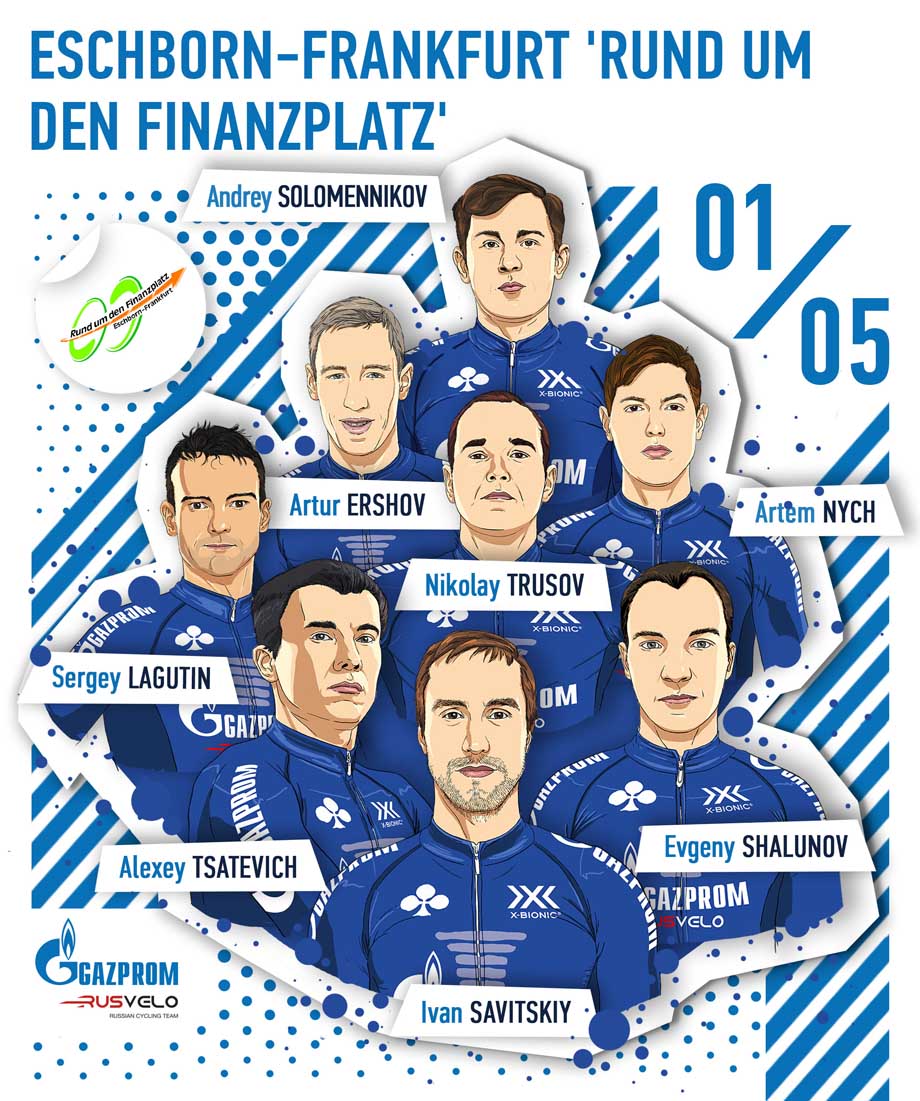 Victory proves Moolman-Pasio is back to her best