Stage 1 of the Vuelta a Burgos, Sergey Lagutin in top-10

RusVelo rider Sergey Lagutin finished 9th in the opening stage of the popular 2.HC event that started in Spain for the 36th time. The hilly and extremely technical course around the provincial capital posed a serious test despite its moderate length of just 143 km. The breakaway of the day composed of three Spanish riders and one Italian was chased down just 11 km to go. It was Movistar team that did most of work at the front, and it wasn’t in vain, Joan Jose Lobato crossed the line first. Lagutin came in 5 seconds behind the winner, RusVelo teammates Ilnur Zakarin and Sergey Klimov arrived 16 seconds later.

RusVelo DS Sergey Honchar said:
“It was a day of really hard racing, the Spanish ride very aggressively on their home roads. Only uncharacteristically low temperatures of just over 20 C made life a bit easier, normally it’s around 40 at this time of the year. All the rest was extremely hard, even on the flat, because of strong side winds and lots of turns. No wonder there were crashes in the peloton, Sergey Pomoshnikov hit the tarmac with his knee, which is not good at all as he suffered from a chronical knee injury not so long ago. The team doctor Alexander Buza will be following his progress closely. The final laps were still harder, with a steep climb and a technical downhill. That’s where experience plays its part, and Sergey Lagutin came in pretty close to the winner. The other team leader Ilnur Zakarin is not quite at home with this type of hills, climbing long and demanding mountain passes is his traditional strength. We hope that stage 3 will give him a chance to demonstrate this. And the team is highly motivated to see Sergey and Ilnur through to the queen stage with minimum time lost”. 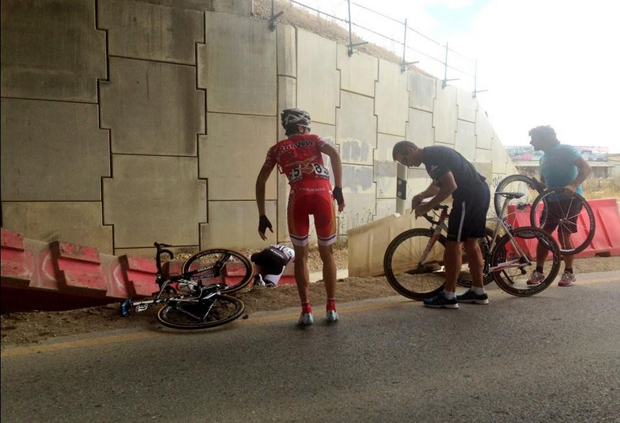 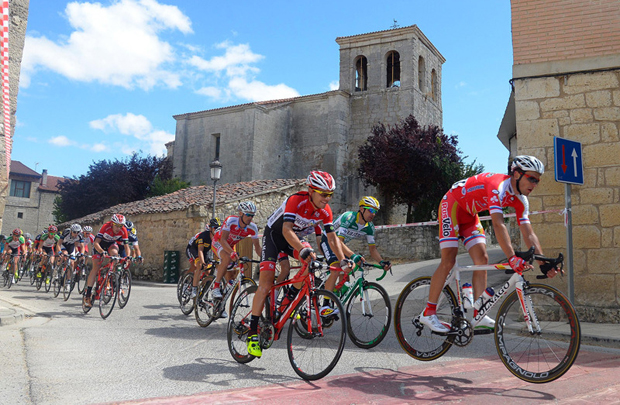