Stage 9 of the Tour de France, the most mountainous yet with seven categorised climbs, turned out to be brutal and dramatic. With many crashes in the bunch, it was Frenchman Warren Barguil (Sunweb) who, having spent the entire day in the breakaway, was pipped to the post by a flying Uran by a mere tyre width.

His ride on Strava shows his incredible effort, which surely provides some solace. By taking a total of 16 KOM’s en route, including the HC Col de la Biche, he conquered the climbs as well as the Polka Dot Jersey, awarded to the best climber of the race.

While Barguil chose to withhold power data from his upload, another rider in the peloton provides us with an insight into the suffering of a sprinter during one of the Tour’s Hors Categorie climbs. British rider, Scott Thwaites of Dimension Data, was part of a group struggling to make the time cut by the end of the day. However, his ride up the Col de la Biche, earlier in the stage, was impressive nonetheless. Thwaites took 12th place on the leaderboard, averaging 344 watts over more than 39 minutes up the climb! Despite his efforts, he was more than three minutes slower than Barguil. 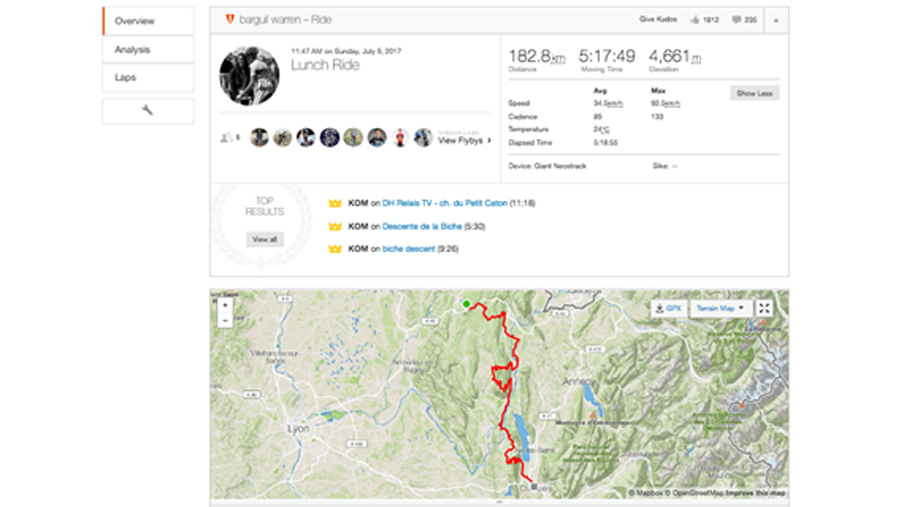