Cervélo Bigla Pro Cycling Team ended an already successful week in Euskal Emakumeen XXIX Bira with another podium place on the final stage. Ashleigh Moolman-Pasio crossed the line third after competing in the sprint from a reduced peloton. She was closely followed by Carmen Small who netted yet another top ten in eighth.

The result saw Moolman-Pasio complete the race third on the general classification, with Small fifth.
“I was here to support my teammates and was particularly happy for Lotta [Lepistö] to win the first stage then for Carmen to take over the lead the next day,” Moolman-Pasio said.

“Carmen has been working incredibly hard and with her illness around Flanders, that was a race that she was really targeting so to miss it was sad. I couldn’t be any happier for her as a teammate. My intention was to support her so in a way I wasn’t happy to have overtaken her in the general classification but it was such a tight game here and we needed to protect a position for the team in the top three. Carmen can be incredibly proud of her ride this week. She’s been working hard and in fine form. For me, after all the bad luck I’ve had, it’s been great to have a smooth race.”

The race started off well for the team with Lepistö winning the opening prologue. Small followed it up with two second places and a top ten on the final day. Moolman-Pasio’s lowest placing all week was seventh on stage one.

The team stood together atop the podium after winning the best overall team classification.
“It has been a successful week for the team,” Moolman-Pasio continued. “We’ve really clicked as a team and riding well together. We’ve been communicating well together and I think it’s been a turning point for us. We’ve been learning about each other and how to communicate without even having to talk.”
Next up for the team is Wednesday’s Fleche Wallonne. 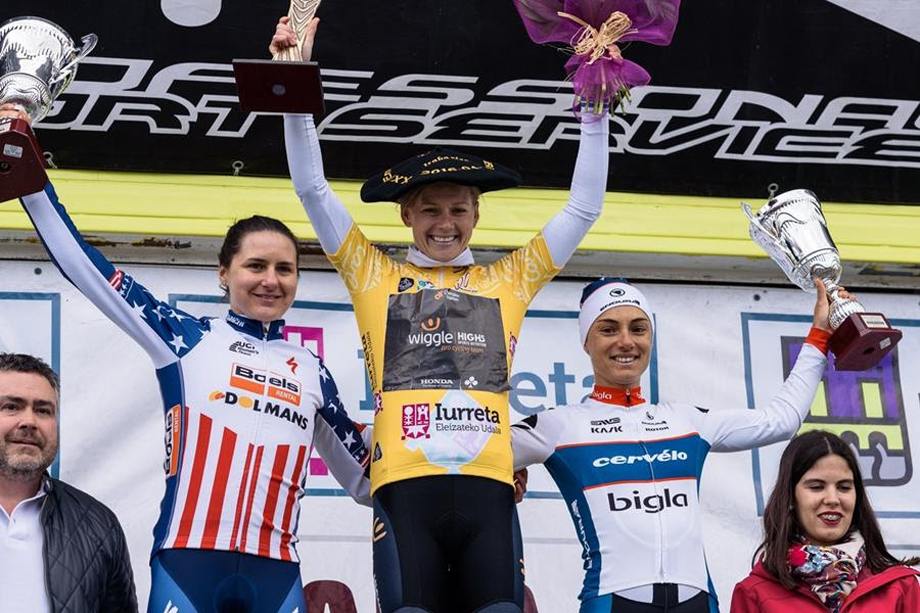