Super Sunday for OPQS: Two Red Jerseys in One Day

The stage win for Cavendish was his fifth of the Giro d’Italia. In the final 3km, teams such as Orica-GreenEDGE, Cannondale, Radioshack-Leopard and Lampre-Merida tried to force their way to the front. Cavendish had as many as five OPQS riders protecting him inside the final kilometers, and two — Iljo Keisse and Matteo Trentin — sheltered him on the front all the way into the flamme rouge.

With 1km to go, Cannondale finally moved to the front. However, Cavendish had one leadout man remaining, and was dropped off at just the right time as Sacha Modolo (Bardiani Valvole-CSF Inox) launched his sprint early. Cavendish was able to catch and pass Modolo. He held his speed to the finish for the 31st victory (29th road) for OPQS, in three disciplines, in 2013. Elia Viviani (Cannondale) was 3rd.

“I’m so, so happy,” Cavendish said. “It couldn’t have been any closer on the last day. Everyone knew I was going for the intermediate sprints. I’m lucky, the peloton is full of gentlemen that were content to let me fight for the punch (red jersey). Nibali could have fought for it, but he was content to go for the maglia rosa. I’m also lucky the team rode hard all day. Then there were the two intermediate sprints and because they changed the distance, adding about 10 kilometers, we didn’t know what lap we were sprinting for. So I was sprinting for about three laps.”

“But then we took control again on the windy, windy circuit,” Cavendish continued. “The guys like Jerome Pineau, Julien Vermote, Gianluca Brambilla, Serge Pauwels and Michal Golas had to use up energy on the front. Other teams came up quick on us in the last kilometers, but we didn’t panic. In the final Matteo waited behind Viviani. He went just at the right time into a headwind finish. Then Modolo went and it was a bit too early, so I just started out at about 80 or 90 percent and kept building up speed. I’m really happy with this win. Especially with this group here, riding together in a grand tour for the first time. We had success immediately and we kept up such great morale. It shows in the results. Everyone just went until their legs couldn’t go any more. All you can do when that happens is to just win.” 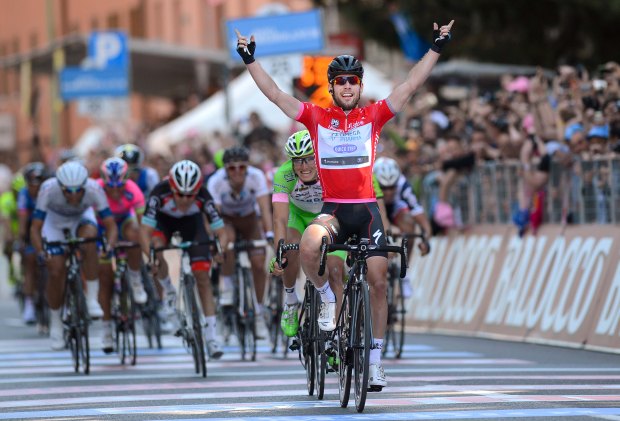 Cavendish said he is lucky to be given opportunities riding for a team such as OPQS. Cavendish has now won points jerseys in all three grand tours (Tour de France, Giro d’Italia, Vuelta a Espana). He is only the fifth rider — and the first who is British — in the history of cycling to accomplish such a feat. Cavendish has won 102 races in his career.

“What keeps me always motivated is I just want to win,” Cavendish said. “I’ve always just wanted to win, I’ve been addicted to it since I was a child. Just wanting to win brings the best out of everyone. Especially when you have a team built around you, you have to deliver 100 percent. That’s what I try to do. If someone comes along who is faster, I’ll go home, work harder, and come back faster the next year. It’s as simple as this.” 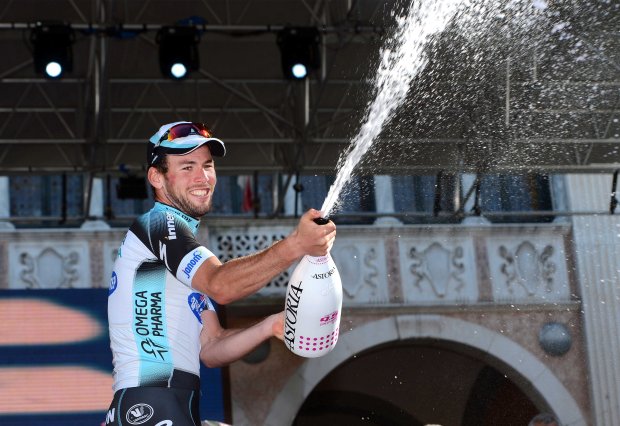 Omega Pharma – Quick-Step Cycling Team rider Tony Martin saw a potential threat to the red (overall) jersey in the final kilometers of 164.3km Tour of Belgium Stage 5 — a home race of OPQS — on Sunday. Luis Leon Sanchez (Blanco Pro Cycling Team) was ahead solo out of an original break with about 34.5km to go. He trailed Martin by 1’16” in the GC.

OPQS had worked tirelessly at the front earlier in the stage to keep the gap of the original breakaway under control. However, with 19km to go, Martin took matters into his own hands. He bridged to Philippe Gilbert (BMC Racing Team) with two other riders, and those four kept the gap to Sanchez under enough control going into the final that Martin was able to secure the red jersey, despite Sanchez winning solo. Martin was 5th. OPQS also had three riders finish in the top 10 GC. Kristof Vandewalle finished 7th, and Niki Terpstra finished 9th overall. 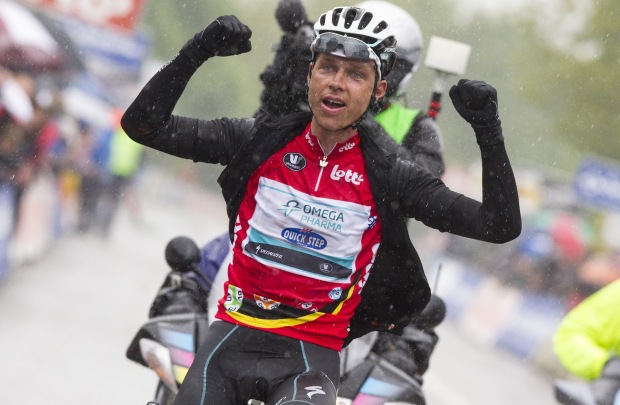 “It was amazing how my teammates were riding for me,” Martin said. “It was really nice to stay with them. As expected the race was really hard from the beginning. A lot of attacks from the start. All my teammates had to work hard. But we stayed confident and stuck to the plan. My teammates brought me safely to the final. At the end I knew it was up to me on La Redoute. I had an eye on Gilbert and finally I could follow him. Then I had a gap that was big enough that I could more or less stay easy. At the end everything was fine, but I think it was one of the hardest stages for me and for the team. I just trusted my teammates until the very end. I always had teammates around me riding very strong, so it gave me a lot of morale. At the final I knew it was then up to me and I felt really good. I knew I had the legs and could follow the main competitors. So, I was really confident. I knew the team worked hard the whole week, and it was up to me to finish the success. So, I gave everything. The condition is good and I’m happy with the final. I have to give a special thanks to the whole team for this victory.” 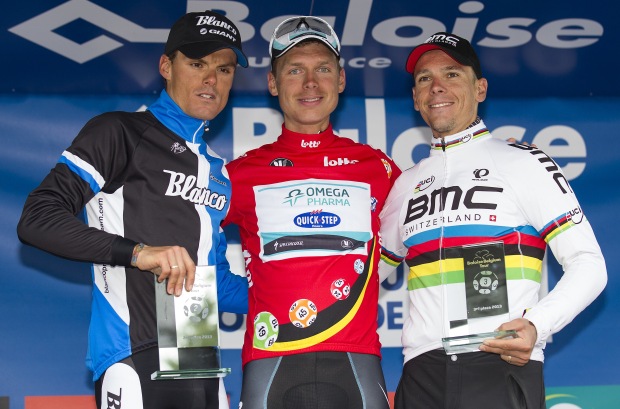 All photo’s from OPQS team.

Richeze 2nd in the sprinters battle in Tokyo